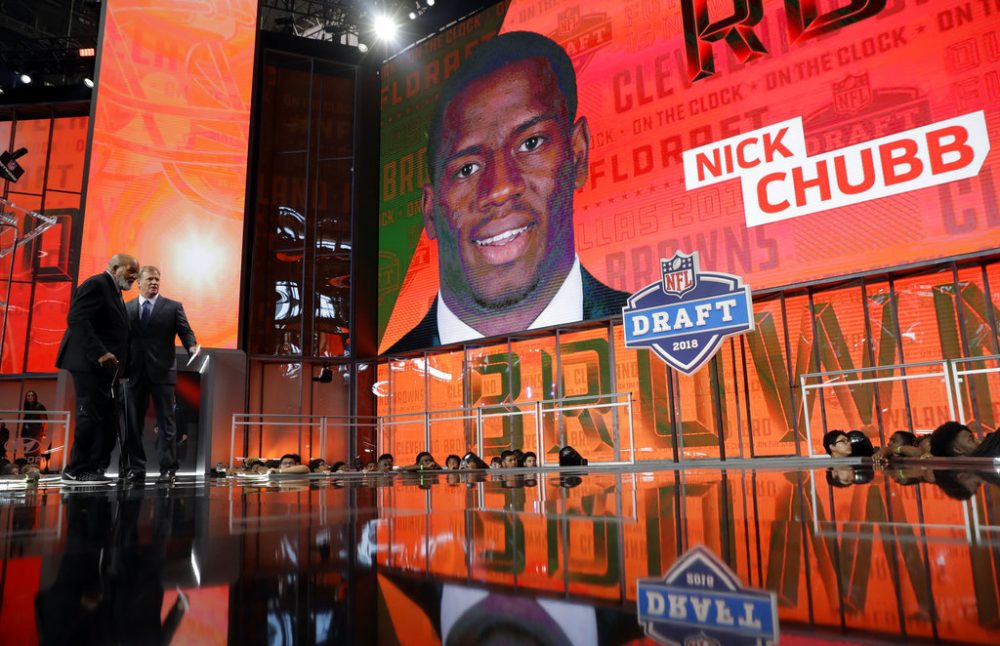 BEREA — Browns second round pick Nick Chubb was in the Heisman Trophy conversation when he injured his knee on the first play from scrimmage at Tennessee in 2015.

The Georgia running back had already rushed for 747 yards in six games with seven touchdowns, averaging 8.1 yards per carry, but his sophomore season abruptly ended when his knee gave out after being tackled out of bounds on a sweep.

“I ended up tearing everything in my left knee besides my ACL,” Chubb said. “Definitely a lot went into it, definitely a lot of tough times. This was hard.

“The rehab was the toughest thing that I have been through, just from the standpoint of trying to get my knee back to where it was at, trying to bend it and trying to walk again … having to actually run and cut again.”

Chubb returned in time for Georgia’s season opener in 2016 and went on to have two stellar seasons for the Bulldogs. He played 28 games combined in his junior and senior seasons, rushing for 2,475 yards and 23 touchdowns, and finished on the school’s all-time rushing list with 4,769 yards.

Browns vice president of player personnel Alonzo Highsmith was impressed with how Chubb bounced back from the injury.

“That tells you a lot about the person and his commitment … his will to succeed,” Highsmith said. “Football is the most brutal, physical game played. It takes certain types of people.

“When you see a guy come back from what Nick Chubb came back from, his history and his resume, you do not have to talk about it. You can see it, and he overcame a knee injury. I have no questions about the guy. Just give him the ball.”

Chubb said it took some time for him to feel comfortable on the field. Although he had a strong 2016 season, it wasn’t until 2017 that he felt like his old self.

“The year right after, in the 2016 season, I just did not feel like myself,” Chubb said. “I was able to move around a little bit and just run, but I felt like it was not right even through I was back.

“Last season, getting back to where I was, I am feeling 10 times better. At this point things are feeling really good.”

Chubb will be joining a crowded Cleveland backfield. The team signed former Buckeye Carlos Hyde during the free agency period and already had Duke Johnson on the roster. Browns head coach Hue Jackson doesn’t see a problem with fitting all three backs into the team’s plans.

“It’ll work itself out,” he said. “I know now when you look at us from an offensive standpoint, you wonder where all these balls are going to go. A year ago, that wasn’t a problem.

“I think it’s a good problem to have. When you’re trying to become really, really good, one way to do it is with good football players. All it does is raise the level in the (running back) room and raise the level on the field.

“Guys are going to have to compete to earn the right to get the ball in their hands.”

Chubb looks forward to working with the veterans.

“I am very eager,” he said. “Those guys have been in the league for some years. Go in and learn from them, watch them and just try to get as many carries and get ready to go forward. Just learn from them.”

GM John Dorsey defends pick of troubled and talented WR Antonio Callaway, then takes another character risk in CB Simeon Thomas
Agent says Patriots talked about trading up to No. 2 for Baker Mayfield before Browns drafted him at No. 1