Hue Jackson will take plunge in Lake Erie on June 1, hopes to raise money for charity 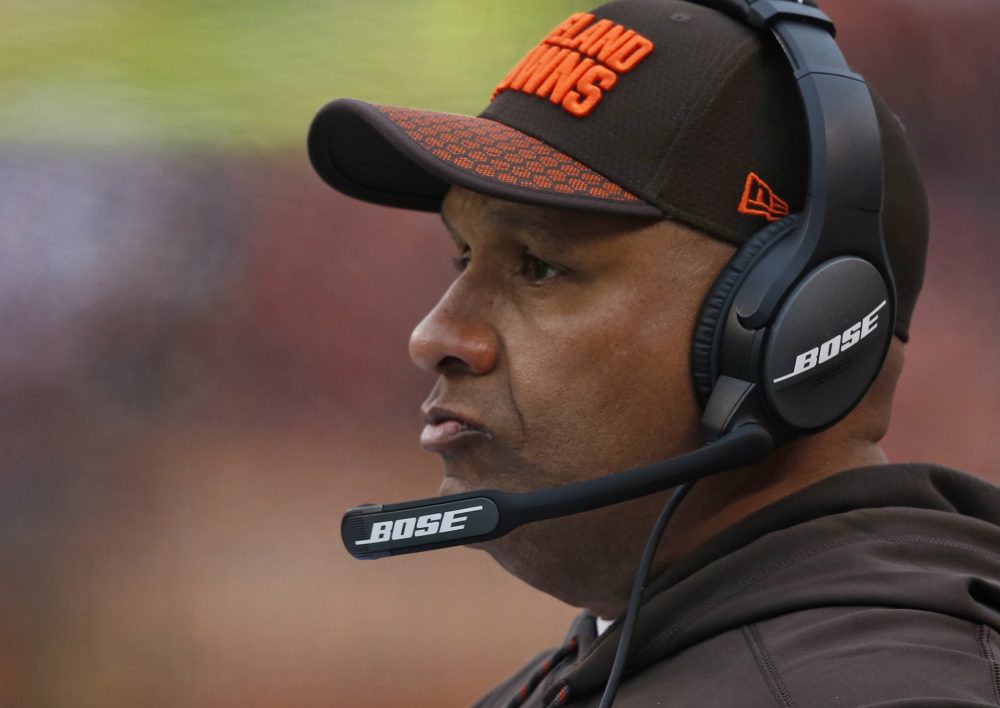 That’s the only question left to answer after Browns coach Hue Jackson announced Monday he’ll fulfill his promise and jump in Lake Erie on June 1.

“The time has come for me to make good on my word,” he said in a video on the team’s website. “On June 1, I’m jumping in the lake.”

After a 1-15 record in his first season in Cleveland in 2016, Jackson guaranteed a better 2017 and said if he was wrong he’d jump in the lake. The Browns became just the second team in NFL history to go 0-16.


Jackson said at the end of the season he would stick to his word, and made it official Monday.

The event will be private, featuring only Browns employees, and Jackson will use the occasion to raise money for charity.

“For every member of the Browns organization that jumps with me I’m going to donate $100 toward the fight to end human trafficking in Northeast Ohio,” Jackson said.

The goal is to raise $15,000 for the Hue Jackson Foundation, which was established last year to fight human trafficking. The website is HueJackson.org.

Jackson is eager to turn the page on the losing and wants his quick dip in the water to symbolize a fresh start for him and the organization.

“I’m hoping to also cleanse ourselves of all the losing for the past two seasons by jumping in,” he said.

Residents, police open up at summit spurred by Browns
Browns to be featured on this season of HBO’s ‘Hard Knocks’