Mailbag: Which draft picks are destined for practice squad? A surprise starter? Who will return kicks? 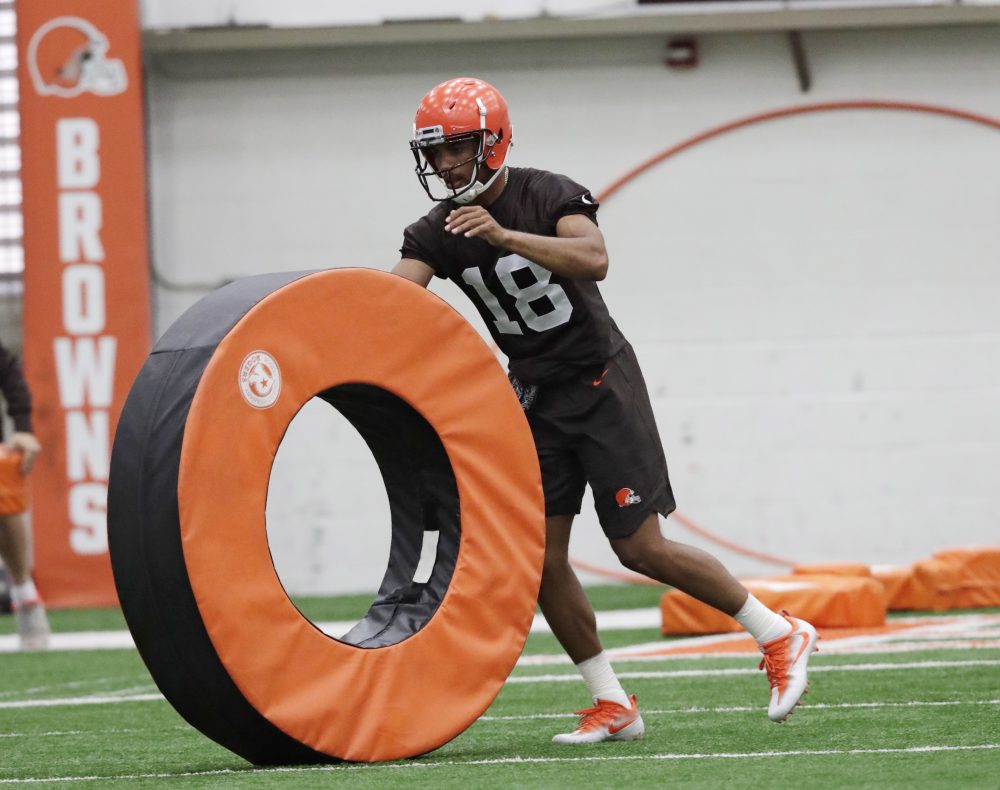 Q: Do you see any draft picks from both last and this year not making the 53-man roster? Any rookies headed to the practice squad?

A: Interesting question. Let’s start with this year’s class.

As for the 2017 class, tackle Rod Johnson and running back Matthew Dayes are vulnerable. Johnson was hurt, missed his rookie season, hasn’t been mentioned in the discussion to replace Joe Thomas at left tackle and seems a long shot to claim the swing tackle job. Dayes was fine as a rookie but seems likely to fall victim to a numbers game. Duke Johnson, Carlos Hyde and rookie Nick Chubb have spots secured, so Dayes would need an injury to make the roster.

Q:
Who will be the “surprise player” to earn a starting position on this year’s Browns?

A: I’m not sure any of my potential answers would have the necessary shock value.

But I’m going with rookie left tackle Austin Corbett as the player who would be the biggest surprise. I know he was the No. 33 pick, but he doesn’t have prototypical size and the Browns haven’t committed to him as a left tackle. They also have Shon Coleman ahead of him on the depth chart and spent the OTAs and minicamp bouncing Corbett around the line. But I don’t get the sense the coaches are satisfied with Coleman, and there’s nowhere else for Corbett to start.

Other possible surprises are rookie running back Nick Chubb, defensive tackle Larry Ogunjobi and strong safety Derrick Kindred. The first two are more likely than Kindred, who will have a hard time beating out Jabrill Peppers.

Q: When will browns sign their two first-round draft choices? At training camp or before?

A: It’s still too early to worry about the possibility of rookie holdouts for Baker Mayfield and Denzel Ward. But to answer your question, I expect them to be signed in the few days leading up to training camp.

Q: Who do u see winning the PR/KR job?

A: With the kickoff return moving closer to the punt return after the implementation of new rules, I could see the Browns using just one returner. For me, the leading candidate is rookie receiver Antonio Callaway. His explosiveness is perfect for the situation and he returned kicks at Florida.

Jabrill Peppers would be my second option.

Q: So at this point in time can we say who our offensive left tackle will be?? The media have spent a lot of time bad-mouthing Shon Coleman. If he’s not the one, so who is going to be the guy??

A: As mentioned above, I’m leaning toward Corbett.

After talking to the coaching staff last week, it was clear many doubts remain about Coleman’s ability to play left tackle at the desired level. He will get the first chance to keep the starting job in training camp, but it sounds like the coaches will have a quick hook. Corbett is the natural second choice, with undrafted rookie Desmond Harrison a dark horse.

Q: Albert Breer from The MMQB said Genard Avery is a player to watch for the Browns. Did you see enough from Avery during OTAs to agree with this statement?

A: I didn’t, but I don’t doubt that some inside the organization have raved about the rookie fifth-round linebacker out of Memphis.

I do know that linebackers coach Blake Williams was impressed by his pass-rush ability. Williams thinks Avery has already shown he can have a role in that area in this league. The issue with Avery will be how much playing time he can earn on defense in a crowded position group that includes Jamie Collins, Christian Kirksey, Joe Schobert, Mychal Kendricks and James Burgess.