Mailbag: The impact of Baker Mayfield on John Dorsey’s career? A Tyrod Taylor return in 2019? Why Greg Robinson? 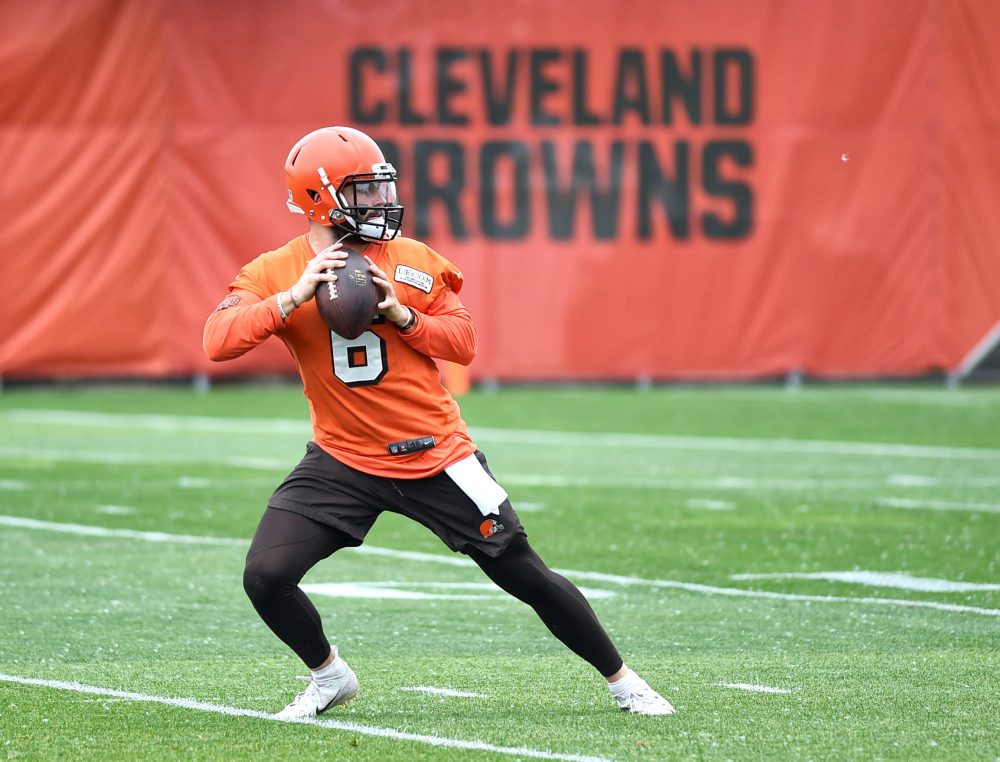 Quarterback matters so much in the NFL, it’s difficult to imagine a scenario in which the Browns have consistent success under Dorsey without Mayfield excelling. And if Mayfield isn’t good, it would be hard for Dorsey to survive and get the chance to draft a second quarterback.

This harsh reality is why many general managers are reluctant to take a quarterback at the top of the draft — they become attached for life. Dorsey has done quality work stocking the roster, and the Browns’ fortunes likely won’t rest on Mayfield this year as he sits behind Tyrod Taylor. But Dorsey knew when he made the pick at No. 1 that Mayfield better be good, or his second shot at being a GM would more than likely be his last.

Q: If Tyrod Taylor leads the Browns to the playoffs this year, is there a chance he comes back as the starter next season?

After the Browns went 1-15 and 0-16 the last two years, the mention of the postseason speaks to the eternal optimism of Cleveland sports fans, the offseason work of John Dorsey and the expected impact of Taylor. That I’m answering the question means the playoffs aren’t completely out of the question.

Now to answer your question. If Taylor can end the Browns’ 15-year playoff drought a season after snapping Buffalo’s 17-year drought, it would be stupid for the Browns to not consider bringing him back. The decision would have many moving parts, including being OK with sitting No. 1 pick Baker Mayfield for a second season and finding a way to keep Taylor after his contract expires following the 2018 season. But an improvement from zero to nine or 10 wins would make any scenario worth considering.

The Chiefs moved on from Alex Smith in favor of first-rounder Patrick Mahomes despite a playoff appearance last year, but the Browns haven’t had nearly the success of the Chiefs in recent years. If the Browns defy the odds and make the playoffs, I would lean toward keeping Taylor for a year under one of the franchise tags. A long-term contract would only make sense coupled with a trade of Mayfield, and that just doesn’t seem realistic.

Q:
The signing of Greg Robinson immediately had me shaking my head. He was a pretty good tackle at Auburn but then he weighed under 300 pounds. Currently I think I have seen him weighing in at 330 pounds. At that weight he just doesn’t have the speed to stay with a good DE. Any chance he was picked up to be used as a backup guard instead??

A: I’m sure the Browns would consider Robinson at guard if that’s where he ends up fitting best. But the decision to sign him after minicamp strikes me as a clear sign they’re not satisfied with their choices at left tackle. Robinson, the No. 2 pick in 2014, has spent the vast majority of his career there and provides another option in the search to replace Joe Thomas.

Robinson joins Shon Coleman and rookie Austin Corbett as the most likely candidates to win the starting job.

Q: From the sounds of it, in OTAs the WRs group dominated the media reports. Denzel Ward, TJ Carrie & E.J. Gaines, how did they match up? Or do we need to consider more cornerbacks coming in, with Jamar Taylor traded & Howard Wilson down for the year again?

A: I think John Dorsey has done enough at corner. It was his top offseason priority after fixing the mess at quarterback.

He spent the No. 4 pick on Ward and signed Carrie, Gaines and Terrance Mitchell as free agents. The Browns also have Briean Boddy-Calhoun, Mike Jordan and rookie sixth-round pick Simeon Thomas.

Most of the talk about the receivers came from Josh Gordon’s premature claim that they’re the best group in the league. Jarvis Landry looked good, but I thought the cornerbacks held their own, especially Ward.

Q: If Shon Coleman wins the left tackle spot, where does Austin Corbett play? Seems a high pick for a backup OL.

A: You’re exactly right. The Browns spent the No. 33 pick on Corbett with the hope he’d step in and start at left tackle. But they also feel he’ll be a starter somewhere along the line for sure in 2019 and beyond, and could live with him as a backup for one year.

Left tackle will be the most interesting position battle in training camp. Corbett will get the chance to win the job, but if the coaches determine he’s better suited for a guard spot, he’ll open the year on the bench.

Q: Opposing tight ends took whatever they wanted against Gregg Williams’ defense last season. Our strong safeties and linebackers don’t seem skilled in pass coverage. Can we expect any better this season?

A: I believe you can. John Dorsey, Williams and his staff recognized the problem last year and set out to fix it. The upgrade at cornerback should help, along with the move of Jabrill Peppers to strong safety and the addition of linebacker Mychal Kendricks. The lack of quality defensive backs last year forced Williams to play three linebackers too many snaps, and it cost the Browns in pass coverage. He will be able to mix and match much more effectively this year.

Q: I still feel like our safety position isn’t very strong. Any idea that we sign a veteran for depth, and if so, who?

A: The Browns like the duo of Jabrill Peppers and Derrick Kindred at strong safety, with Kindred’s solid play vs. the run last year earning him reps with the starters during minicamp. Damarious Randall is locked in as the starting free safety. Briean Boddy-Calhoun has gotten some work there as he bounces around the secondary, but there’s no solidified backup.

I wouldn’t rule out an addition at free safety but don’t expect it would come until the preseason. It’s not a pressing priority.

Q: Why don’t the Browns wear throwback uniforms during the season?

A: I’m not a uniform expert. My first thought is that the uniforms hadn’t changed that drastically — until the recent flop of 2015 — to require a throwback. But I wouldn’t mind occasionally seeing the classic combination of brown jersey and orange pants from back in the day.

You could see a throwback enter the rotation in 2020, when new uniforms are expected.

Q: If the Browns decide to spend a pick on one of the players in the supplemental draft, who would it be and what round would you think they would be willing to part with in the 2019 draft?

A: Mississippi State safety Brandon Bryant is a big-time athlete, which John Dorsey covets. He has a bushel of draft picks next year, so I wouldn’t be surprised if he was willing to give up a fourth-round pick.

Mailbag: Which draft picks are destined for practice squad? A surprise starter? Who will return kicks?
Mailbag: What are the team’s strengths and weaknesses? Will Baker Mayfield be the backup? Can Myles Garrett stay healthy?