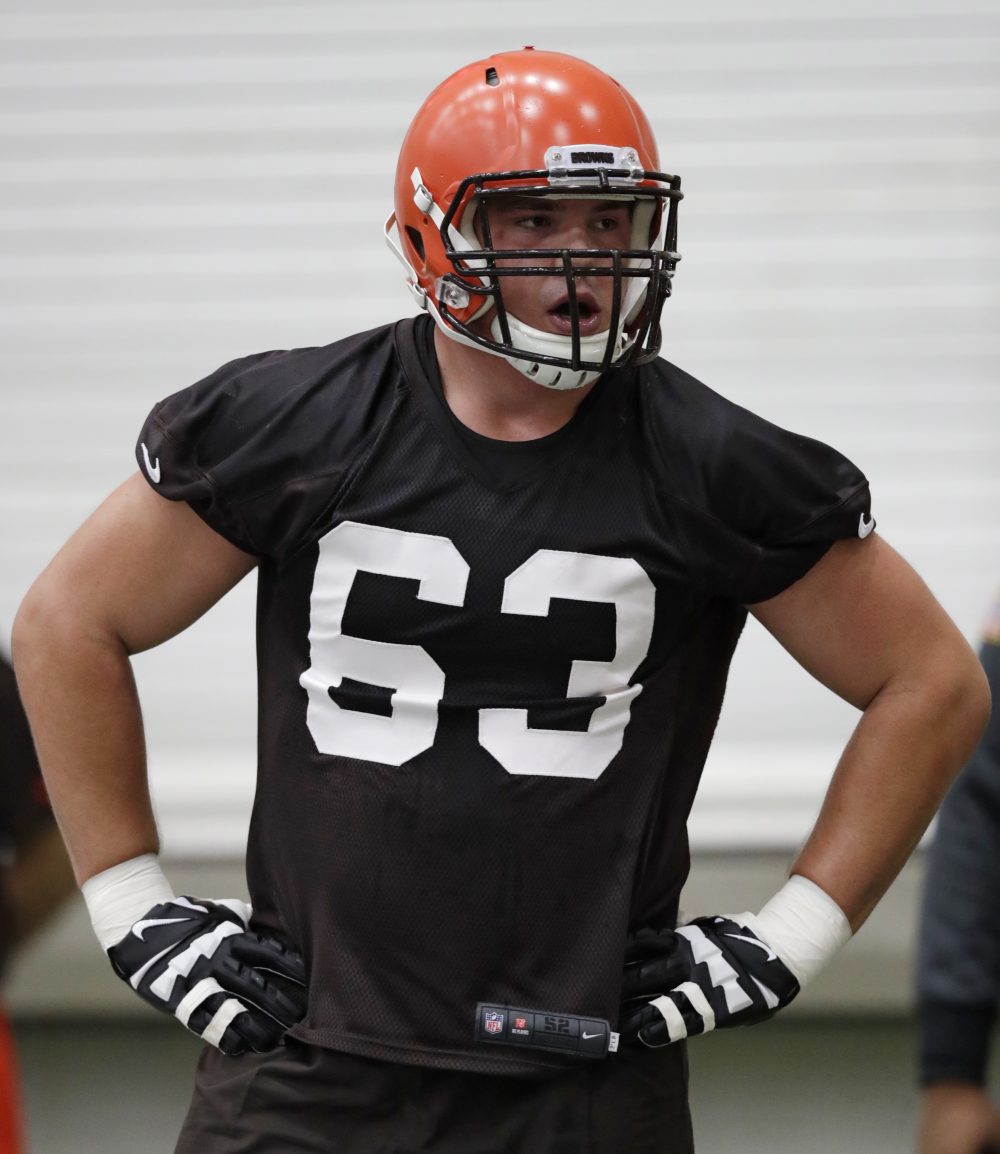 The man who held the position for more than a decade doesn’t think rookie Austin Corbett belongs in the competition to be the starting left tackle.

Joe Thomas, who retired in the offseason, told NFL Network he sees Corbett, the No. 33 pick, as a guard or center and not a tackle.

“I can say confidently that I don’t think Austin Corbett is going to play tackle in the NFL,” Thomas told NFL.com’s Nick Shook on Tuesday. “I got to spend all of spring there watching film and practicing and coaching him up and he’s certainly a guard or a center.

“Austin, God bless him, is not a tackle. He does not have the speed that you need to be able to block edge rushers.”

Corbett (6-foot-4, 306 pounds) was a four-year starter at left tackle at Nevada and worked across the line, including left tackle, during OTAs and minicamp. The coaching staff has included him on the list of left tackle candidates that starts with Shon Coleman and includes Greg Robinson, the No. 2 pick of the Rams in 2014 who was signed after minicamp.

Coach Hue Jackson said Thomas is entitled to his opinion but thinks it’s too early to rule out Corbett as a tackle.

“I don’t think we have given up on anything,” Jackson said. “He is an offensive lineman who has versatility who can play on the edge and can play inside, and we are going to find out the best place to play him once we put these pads on.”

“I think he’s very well-suited for guard, for center, but he’s not really tall or lanky,” he said. “He’s not a basketball player. Typically you want your tackles to be kind of former basketball players.”

After drafting Corbett, general manager John Dorsey said the pick would be a good one even if Corbett was moved inside and was a backup this year. He praised Corbett’s toughness and tenacity.

Unless the Browns shift Joel Bitonio from left guard to left tackle, which the coaching staff has been reluctant to do, Corbett wouldn’t have a starting spot inside as a rookie. Center JC Tretter, right guard Kevin Zeitler and right tackle Chris Hubbard are locked in as starters.

Coleman took the first reps with the starters and Robinson worked with the second team.

“Greg’s going to get an opportunity to come in here and be the best version of himself and show that he can do the job,” Jackson said. “Let’s compete.”

Competition closed: Tyrod Taylor cemented as starter, as Hue Jackson says Baker Mayfield won’t receive many 1st-team reps
No. 1 pick Baker Mayfield: I would never get my mind right to be a backup