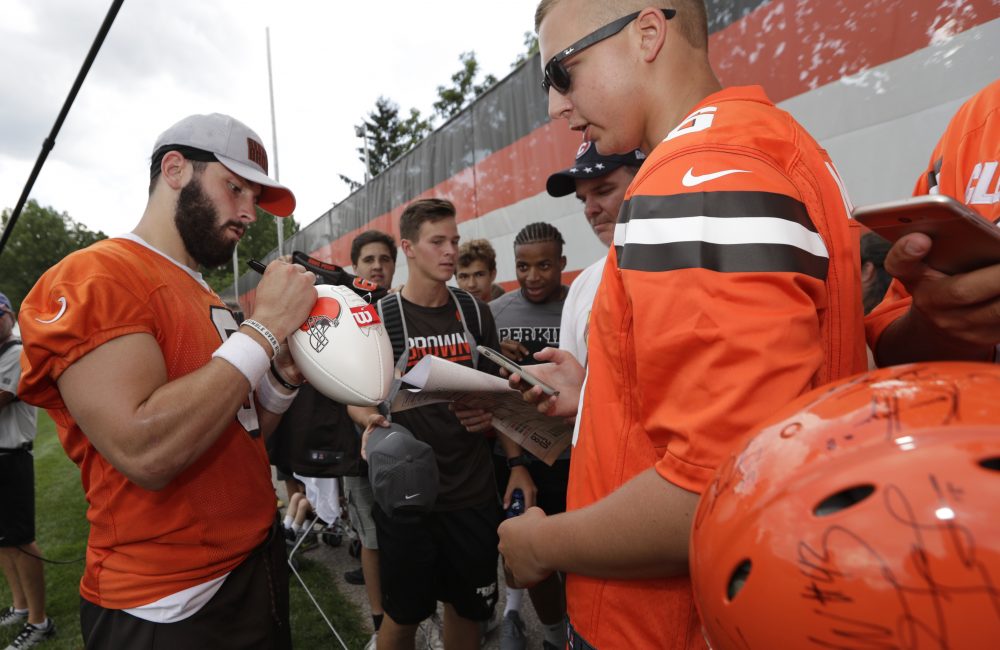 The appearance on the series that goes behind the scenes of training camp crossed over into the team’s marketing. A huge orange banner was posted on the field house reading: Welcome to the Hardland of America.

NEWS OF THE DAY: The Browns will host former Bengals cornerback Adam Jones for a tryout Friday.

CAMPER OF THE DAY: Defensive end Myles Garrett, the No. 1 pick last year, was the star of the opening practice for the second straight year. Whether it was a pass-rushing drill or in 11-on-11s, he consistently went through or around the blockers to reach the backfield.

PLAY OF THE DAY: Quarterback Tyrod Taylor lofted a pass about 40 yards down the left sideline, and Landry jumped over the defensive back to snatch the ball out of the air with both hands.

QUOTE OF THE DAY: “Do I need to? No. But will I? Yeah.” – Garrett when asked if he needs to bring a nastier edge to the field in his second season.