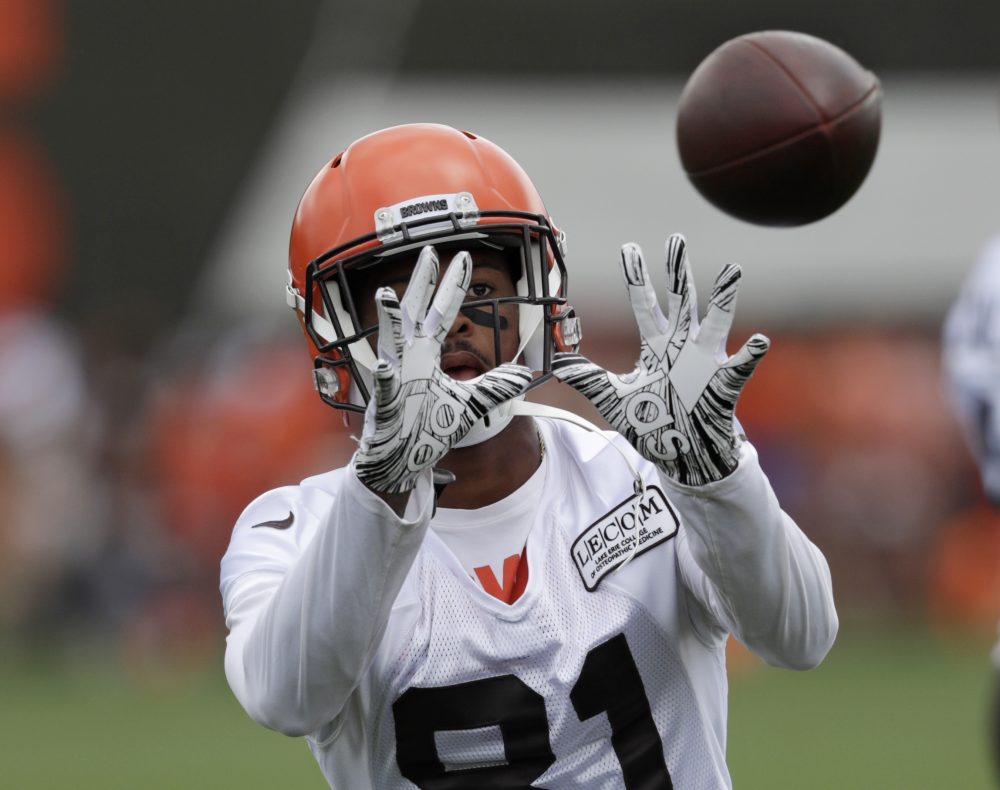 THE NEW CREW: The preseason TV broadcast pairing of play-by-play man Jay Crawford and analyst Tim Couch watched practice. Couch, the No. 1 pick in 1999, attended his first Browns practice since he was a player. He signed autographs afterward next to starting quarterback Tyrod Taylor. 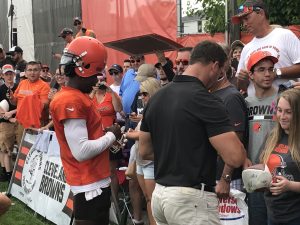 NEWS OF THE DAY: The ice tubs made their first appearance. Coach Hue Jackson is trying to limit soft-tissue injuries early in camp by providing the ice tubs and days off for veterans.

CAMPER OF THE DAY: Receiver Rashard Higgins made a case to move up the depth chart. He caught several passes, including a short touchdown from Baker Mayfield in a goal-line drill. His best catch came when he snatched the ball out of the air on a deep back-shoulder pass from Mayfield.

PLAY OF THE DAY: A pair of rookies connected on a fourth-and-5 for a first down. Mayfield, the No. 1 pick, hit sixth-round receiver Damion Ratley on a slant against good coverage. The throw was accurate and the catch was strong.

QUOTE OF THE DAY: “Like we said when we put the pads on yesterday, this will be the best we feel until next year. Part of the game. If you feel good, you probably didn’t do too much that week.” — Center JC Tretter on the wear and tear of the season.