Hue Jackson trying to focus on fond memories, relying on support of organization after deaths of mother, brother 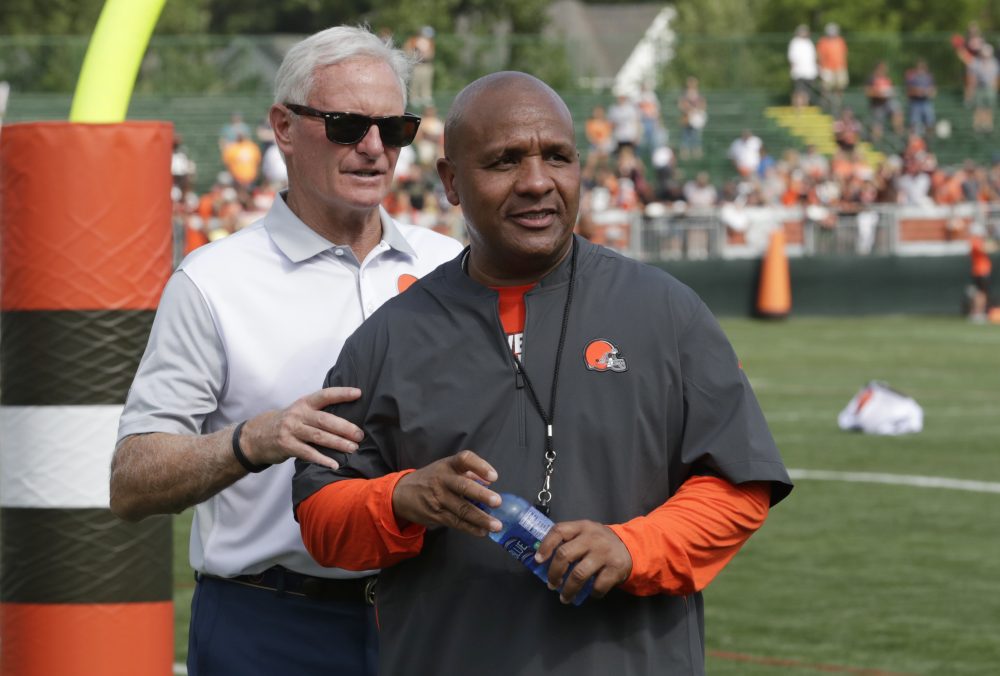 BEREA — Coach Hue Jackson has turned to his Browns family for support as he mourns the death of his mother and brother.

“It’s been a difficult period of time for me but everyone has to go through this in life,” Jackson said in a statement released by the team Thursday. “It’s not easy but I always try to focus on the fond memories I’ve shared with the people I’ve lost and that helps get you through it.

“Dee, Jimmy, our players, coaches and really the entire organization have been so supportive and that helps. We’re a close-knit group, this is a family and I’m so appreciative of everyone’s support.”

Dee and Jimmy Haslam are the Browns owners.


Jackson’s mother, Betty Lee Jackson, and brother John Jackson Jr. died within two weeks of each other. Betty Lee died Sunday in Los Angeles at 83 after a long illness.

Jackson, 52, hasn’t missed a day of training camp and will stay with the team through the preseason opener Aug. 9 at the New York Giants. He’ll leave for his mother’s funeral shortly after the game and return to practice Aug. 12. The Browns were never scheduled to practice the two days he’ll be gone.

Tight ends coach Greg Seamon was the offensive coordinator when Jackson was quarterback at University of Pacific in the 1980s. Seamon said Jackson was holding up “remarkably well.”

“He’s a tough-minded individual,” Seamon said. “It’s been a really unusual and tragic two weeks. Players on the team and people in the building, certainly the staff, we all support him and care deeply about him and (wife) Michelle and the girls and how they can weather this.

“It comes at a time when there are already enough stresses going on in your life with the beginning of the season. But Hue does a great job of compartmentalizing things. And when he has to be the head football coach in front of the team, he’s done that. And then when that’s over and he needs to address the family issues, he certainly has done that. We’re hopeful that he comes out of this feeling good and he can move forward. His mother put up a long and courageous fight, so it wasn’t a surprise, but at the same time, she’s a long way away and it’s difficult.”