Rashard Higgins says Josh Gordon “in good spirits,” will be “ready to go” when he returns 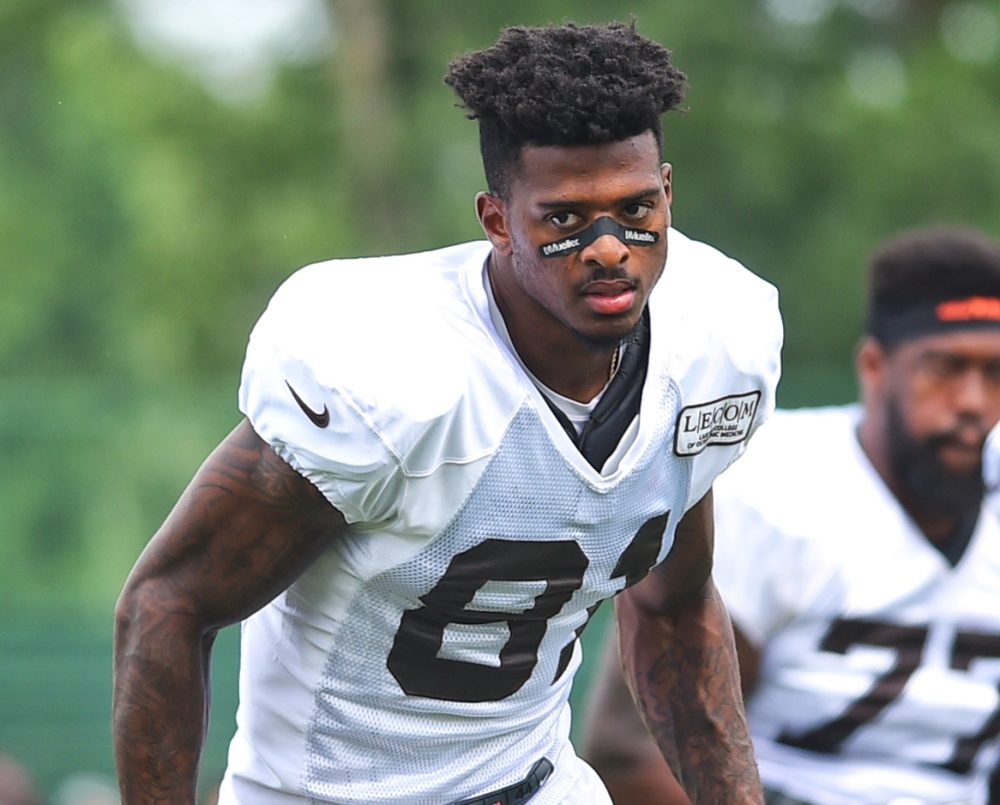 Higgins revealed Saturday he texted with Gordon on Friday, and that he wears Gordon’s T-shirts under his jersey for practice.

“He was in good spirits,” Higgins said. “We’re not too concerned. We know Josh is handling his business off the field and when he comes back, he’ll be ready to go.”

Higgins doesn’t know when Gordon will be back but knows what to expect.

“It will be like he never was gone,” Higgins said. “That’s been one of our brothers from the beginning. That’s how we’re going to treat things.

“I feel like the team as a unit is a good supporting cast for him, just for him knowing that we’re here for him and we’ve got his back no matter what.” 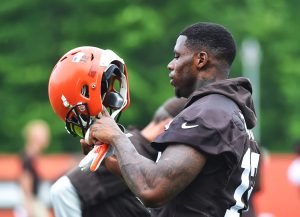 Browns receiver Josh Gordon puts on his helmet during minicamp in June. He won’t attend the start of training camp.
KRISTIN BAUER / CHRONICLE

Gordon remains active on social media, and Friday posted a video on Instagram of him doing a balance drill while holding a medicine ball, showing off his six-pack abs. The caption read: Stability is everything.

On Thursday, he posted a file photo of him practicing in a Browns jersey. He left Cleveland over the summer for Florida.

Gordon, 27, has been searching for stability and balance in his life for years. He was suspended for all of the 2015 and ’16 seasons for multiple violations of the league’s substance abuse policy, then returned for the final five games last year.

He attended the Browns’ entire offseason program and seemed set for training camp and a full season until announcing July 23, three days before the start of camp, that he wouldn’t report as part of his “health and treatment plan.”

A league spokesman told The Chronicle-Telegram there was no new suspension for Gordon, the NFL will address the matter at “the appropriate time” and there’s no timetable for a return.

Browns general manager John Dorsey said Friday on 92.3 The Fan he hadn’t talked to Gordon and will respect his privacy.

“I admire what he’s doing here because he’s taking care of the long-term interest of his person, and what I’m going to do is concentrate on the guys who are here in the 2018 training camp,” Dorsey said. “And when Josh gets here, I’ll be excited to see him.”

Dorsey still expects Gordon to be back this season.

“I told you all he would be here,” Dorsey said, “and he will be here.”

Higgins’ locker is by Gordon’s and he’s been wearing Gordon’s undershirts at practice.

“I’m wearing his shirts every day, so that’s why I feel like I’ve got superpowers when I come out here,” Higgins said.