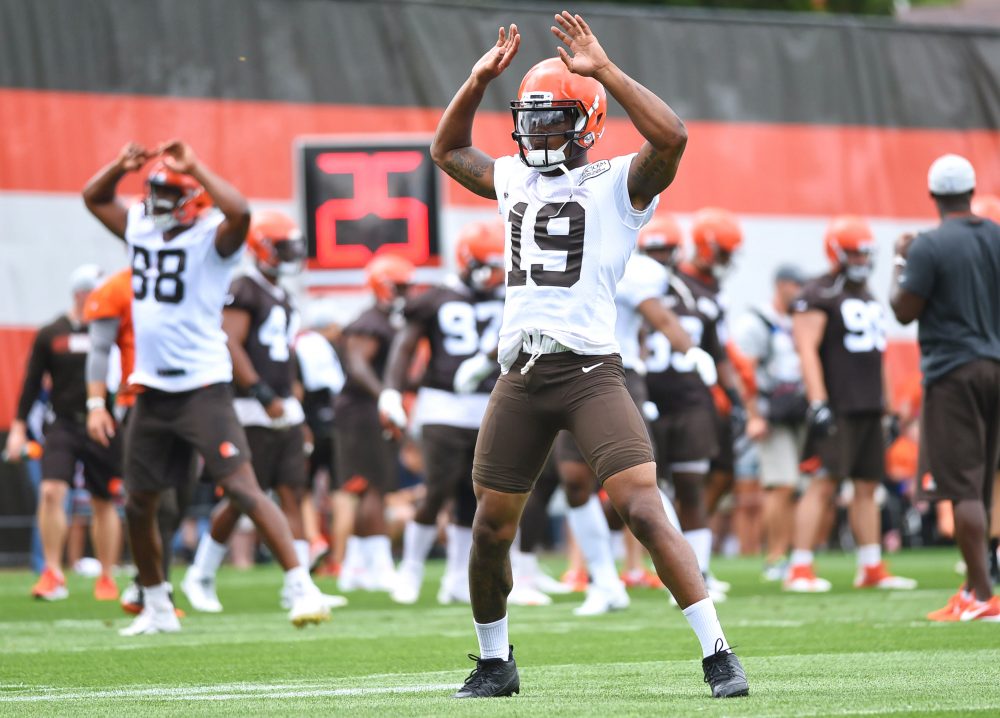 BEREA — The Browns were done with receiver Corey Coleman.

Done with the constant reminder of what could’ve been.

General manager John Dorsey traded Coleman, the No. 15 pick in 2016, to the Buffalo Bills, the teams announced Sunday night. The Browns received a seventh-round pick in 2020, a league source confirmed to The Chronicle-Telegram on Monday morning.


He can officially be added to the list of Browns first-round draft busts.

Coleman never came close to living up to his draft position. He broke his right hand in both seasons, missing 13 games. In 19 games he caught 56 passes for 718 yards, a 12.8 average and five touchdowns.

His fourth-down, fourth-quarter drop in the finale last year in Pittsburgh sealed the 0-16 season.

Offensive coordinator Todd Haley labeled Year 3 “make or break.” Coleman wouldn’t concede that in an interview at the start of training camp and pinned the blame for the disappointing two seasons on the broken hand.

He won’t get the chance to salvage his Cleveland career.

Coach Hue Jackson had grown weary of Coleman’s inconsistent production and lack of big plays, and Dorsey, who was hired in December, had no allegiance to him.

The frustration with Coleman, for the fans and the organization, runs much deeper.

He was the first draft pick of former head of football operations Sashi Brown and served as a symbol of Brown’s failed tenure.

Brown traded the No. 2 pick in 2016 to Philadelphia, which chose quarterback Carson Wentz. Brown received a bushel of draft picks in return, and spent the first on Coleman (5-foot-11, 185 pounds), who’s undersized for a pick that high.

Wentz was the favorite for NFL MVP last year before getting hurt and has been a model citizen.

Coleman wasn’t guaranteed a starting spot with the Browns and there are character concerns.

He was investigated in relation to an alleged felonious assault but wasn’t charged. He was sent home from a road trip last season for missing curfew while injured.

The trade could be an indication the Browns believe Josh Gordon, who has skipped the opening of camp, will be back in time for the season.

Coleman had been in the starting lineup opposite Jarvis Landry in Gordon’s absence. Rookie Antonio Callaway, a fourth-round pick, and Rashard Higgins will move up the depth chart and compete for the starting role.

Coleman is the latest first-round pick to break fans’ hearts. The only first-rounders remaining on the roster are the five drafted in the last 17 months — Myles Garrett, Jabrill Peppers, David Njoku, Baker Mayfield and Denzel Ward.

Danny Shelton and Cameron Erving, picked in 2105, were traded. Justin Gilbert and Johnny Manziel (2014) are out of the league. Barkevious Mingo (2013) was traded. Trent Richardson (2012) is out of the league and Brandon Weeden is hanging on but only lasted two years with the Browns.

So much hope dissolved into failure.

(UPDATED) Browns won’t penalize Josh Gordon if he misses contractual deadline to report; focus is on him getting healthy
Bills see trade for former first-round pick Corey Coleman as ‘low-risk’