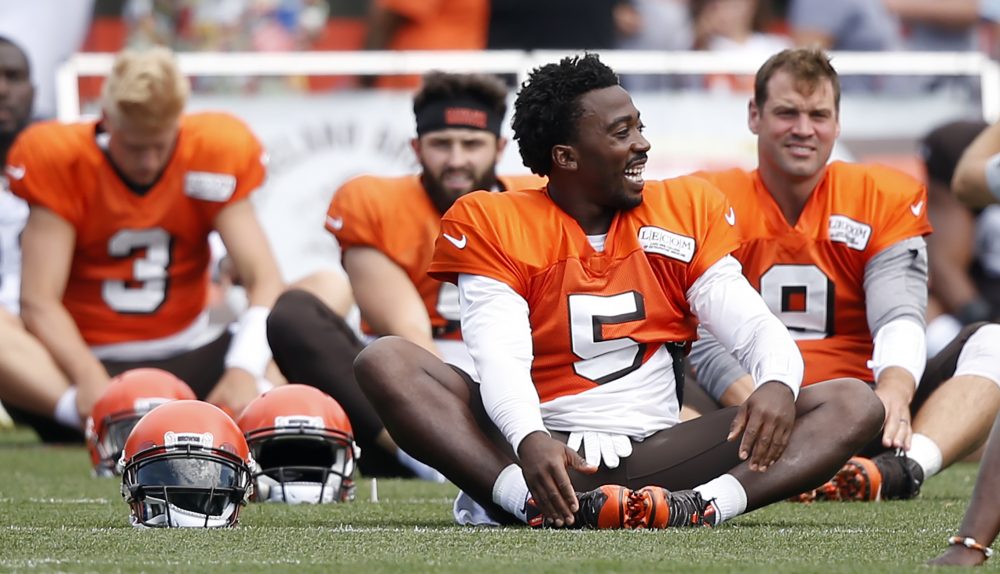 SPEED IT UP: The players didn’t practice Friday or Saturday, and coach Hue Jackson didn’t like the pace in their return to the field. He told the team and kept restarting drills to get his point across.

NEWS OF THE DAY: It came as no surprise, but Jackson and quarterbacks coach Ken Zampese reaffirmed — with no wiggle room — that Tyrod Taylor remains the undisputed starting quarterback after the preseason opener. He and No. 1 pick Baker Mayfield played well against the Giants, with Mayfield receiving the bulk of the attention and praise.

CAMPER OF THE DAY: Jackson might quibble with Taylor’s pace leading the offense, but he had a solid day connecting with his receivers. The best play was a 57-yard corner route to tight end David Njoku behind linebacker Jamie Collins. He also did a good job finding a window to throw through before hitting rookie receiver Damion Ratley on a slant, and hooked up with receiver Jarvis Landry three times.

PLAY OF THE DAY: Safety Jabrill Peppers got a hand on Mayfield’s bullet over the middle, slowing it down for safety Derron Smith to make the interception.

QUOTE OF THE DAY: “He is the secret sauce to the room and to the group. He’s seen everything before and he’s played enough to know exactly what’s going through the starter’s head. Shoot, as a starter he has a winning record. So he has a lot of input and a lot of influence on the way we think about things and the way we do things. He’s fantastic.” — Zampese on veteran third-string quarterback Drew Stanton.