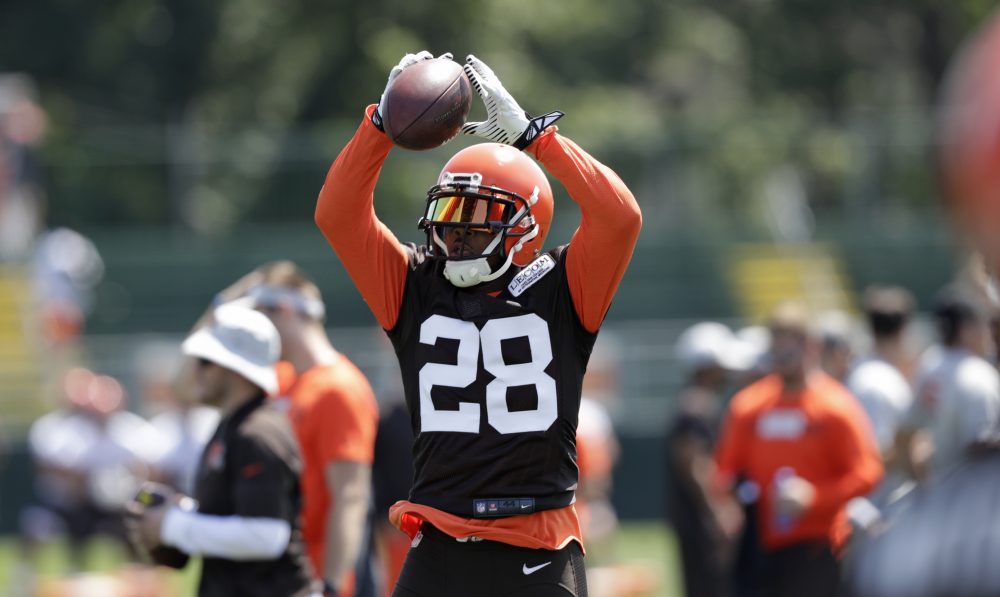 BEREA — Cornerback E.J. Gaines broke up a pass, then grabbed his right knee.

He remained on the ground for a few minutes as the medical staff checked on him and teammates kneeled around him. He was eventually driven inside the team facility on a cart.

The Browns may have suffered their first truly significant injury of training camp Sunday.

“Obviously, he was a contributing member back there,” coach Hue Jackson said. “He was going to play and was slated to play.


“That is a part of the game. We do not want to see it. Hopefully it is nothing major. We will find out more about it. It is football. I hate to lose him, but at the same time, we know that those things do happen.”

Gaines broke up a short pass to receiver Jarvis Landry and his left knee made contact with Landry’s knee. Gaines’ right knee appeared to buckle at the same time, and the injury looked serious.

Gaines, 26, signed a one-year, $4 million contract in free agency after starting 11 games for the Bills last year. He was expected to compete for a starting spot but has been running with the backups throughout training camp.

He picked up his level of play over the last week and was a candidate to be the starting nickelback.

** Cornerback Denzel Ward, the No. 4 pick, didn’t practice so he could have two straight days to rest a sore ankle.

Despite the return of receiver Josh Gordon, Landry wants the Browns to sign former Cowboys star receiver Dez Bryant, who visited last week but left without a contract.

“Obviously, yeah, we’d love to have him,” Landry said. “I don’t make those type of decisions anyway, but as a receiver he makes the room that much better, he makes the team that much better. But at the same time we have guys that make plays and that’s all we can worry about, focus on right now.”

Rookie receiver Damion Ratley, a sixth-round pick, worked with the starters in Callaway’s absence. He had a good day with a number of catches, including a long go route from Baker Mayfield in one-on-one drills and an 18-yard out from Tyrod Taylor in a two-minute drill.

“Ratley made some plays today. That was good to see,” Jackson said. “He needs to keep growing and keep getting better.”

Ratley caught two passes against the Bills for 18 yards. He had one for 14 in the preseason opener against the Giants.

“It’s been good. It’s been fun. It’s been exciting to learn stuff that’s new,” he said. “Been a reality shock, with the playbook and all, but after you get it down you can play fast and just have fun.”

** Matthew Dayes had a long run up the middle thanks to the line creating a crease.