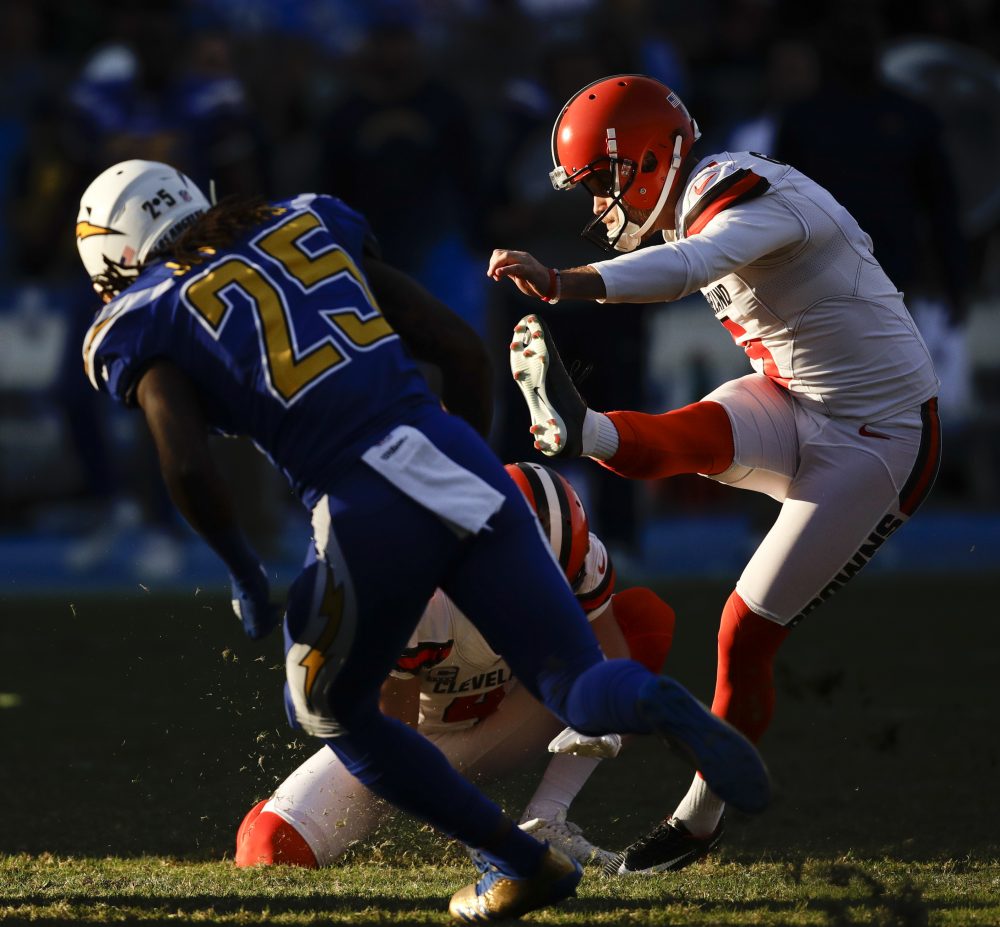 The incumbent held off a challenge from Ross Martin, who grew up in Solon and went to Walsh Jesuit High School. Martin was one of six players cut Tuesday.

Gonzalez made his only field goal attempt of the preseason, a 54-yarder against the Eagles. A seventh-round pick last year, he made 15 of 20 field goals and 25 of 26 extra points as a rookie.

Watford, 28, was cut Sunday by the Bears after signing in April. He’s played 43 games for Arizona, including 21 starts. He started nine of 10 games last season at left and right guard. He’s also played right tackle.

He was a fourth-round pick of the Cardinals in 2013 out of James Madison.

Josh Gordon says it’s good to be back, he’s right where he needs to be, “I know I’m going to be here playing football”
Browns cut LB Mychal Kendricks hours after he admitted to insider trading