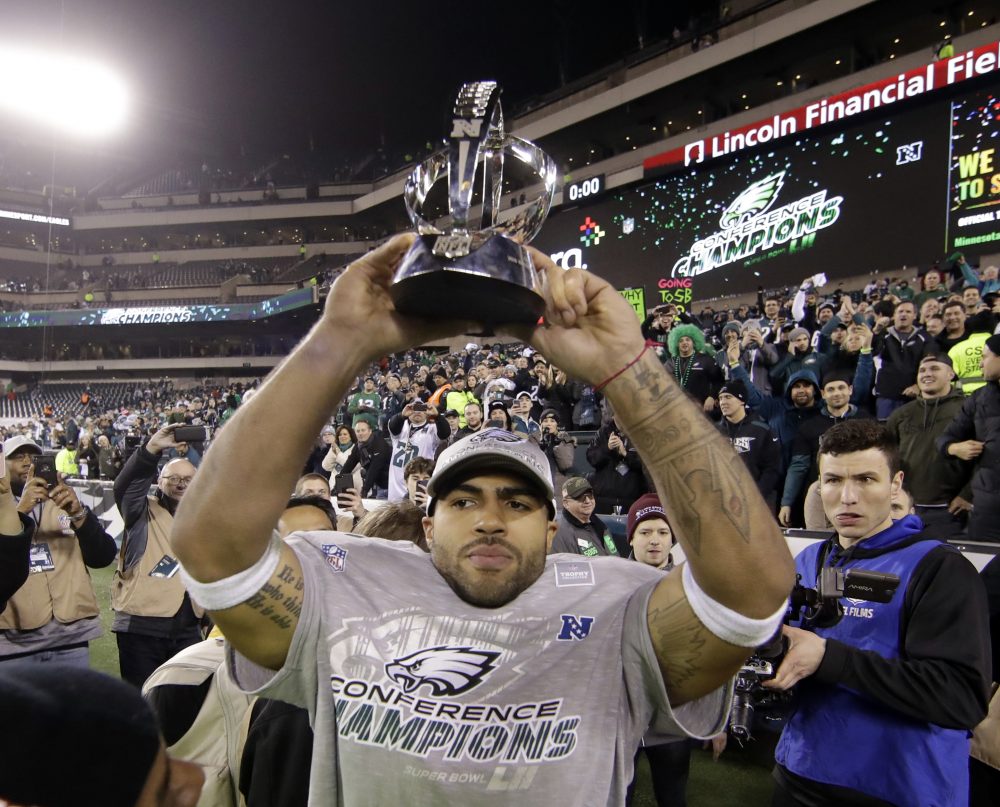 Linebacker Mychal Kendricks is out of a job after being charged with insider trading by federal authorities Wednesday.

He could face significant prison time and a suspension from the NFL under its personal conduct policy.

The Browns signed Kendricks to a one-year, $2.25 million deal in June with $500,000 guaranteed. He spent the first six years of his career with the Philadelphia Eagles, winning the Super Bowl last season.

“Prior to signing Mychal, we were informed that there was a financial situation that he had been involved with in 2014,” general manager John Dorsey said in a statement released Wednesday night. “We were told Mychal had fully cooperated with investigators as a victim. From what was communicated at that time and based on the numerous questions we asked and further due diligence on our part, including checking with the league office, there was no information discovered that conveyed otherwise.

“Recently, we were provided an update on the matter and the circumstances have changed. We are now dealing with a different set of facts and the additional information we’ve gathered has led us to the decision to release Mychal from our team. Due to the ongoing legal nature of this situation, we will have no further comments.”

Kendricks didn’t travel to Detroit on Wednesday afternoon for the preseason finale Thursday night against the Lions.

Kendricks had a strong training camp and preseason, showing the ability to rush the passer and stop the run, and was expected to be part of a deep linebacker rotation. With a league suspension likely — and other talent at the position — the Browns’ decision to cut him was made easier.

The authorities allege Kendricks and former investment banker Damilare Sonoiki traded in 2014 in advance of corporate acquisitions, using coded text messages and FaceTime conversations. The SEC alleged that after meeting at a party Kendricks received illegal tips from Sonoiki about upcoming corporate mergers.

Sonoiki, who later became a writer for ABC series “Black-ish,” received a series of kickbacks, according to authorities. They included cash, tickets to NFL games and an evening on the set of a music video in which Kendricks made a cameo appearance.

“As alleged in our complaint, Kendricks paid cash and shared celebrity perks for illegal tips that enabled him to trade and profit on confidential information that the rest of the investing public didn’t have,” Stephanie Avakian, co-Director of the SEC Enforcement Division, said in a news release.

Kendricks quickly released a statement through his attorney admitting guilt.

“I would like to apologize,” the statement said. “Four years ago, I participated in insider trading, and I deeply regret it. I invested money with a former friend of mine who I thought I could trust and who I greatly admired. His background as a Harvard graduate and an employee of Goldman Sachs gave me a false sense of confidence. To this point, I had worked my tail off since I was 5 years old to become a football player. I was drawn in by the allure of being more than just a football player. While I didn’t fully understand all of the details of the illegal trades, I knew it was wrong, and I wholeheartedly regret my actions.

“Since the beginning of the investigation, I have fully cooperated with the authorities and will continue to do so. I accept full responsibility for my actions. Although I did not take any of the profits for myself, I am committed to repaying all of the funds gained illegally and accept the consequences of my actions.

“I sincerely apologize to my coaches, the owners, and my teammates on the Eagles and the Browns, the NFL, and the magnificent fans to whom I owe my career. I also apologize to my family, who I have failed in this. You all deserve better, and I will work my hardest to re-earn your trust and respect, serve as an advocate to educate others, and show you that I will never be involved in anything like this again. Thank you.”

A league spokesman told The Chronicle-Telegram in an email the NFL will “review the matter.”

McSwain said court appearances for Kendricks and Sonoiki had not been scheduled as of Wednesday morning but “that will happen relatively shortly.” If convicted, he said, both Kendricks and Sonoiki could face “substantial prison time.” They could also receive a steep fine and seizure of any profits.