Notes: Free safety Damarious Randall back and ready to go after getting second opinion on knee 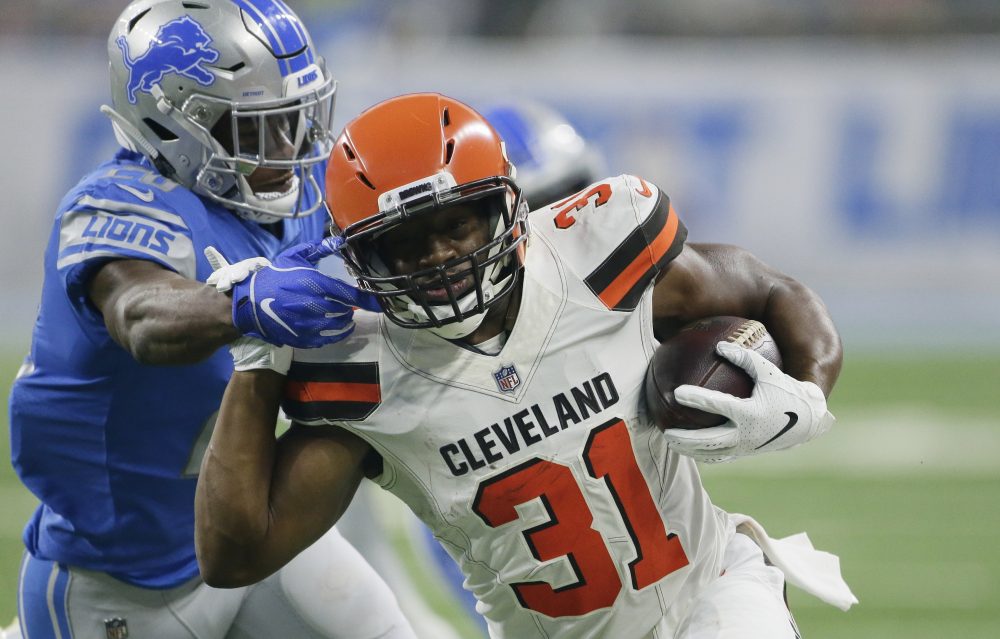 DETROIT — Free safety Damarious Randall is back — and set to go for Week 1 against the Steelers on Sept. 9.

Randall rejoined the Browns after seeking a second opinion on his knee, made the trip to Michigan and ran sprints and did position drills Thursday before the preseason finale against the Lions.

He was part of the group of starters who worked out before the game then got the rest of the night off. 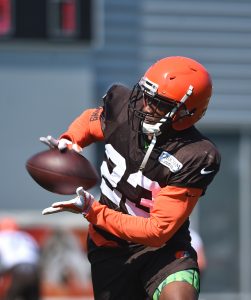 Randall didn’t play Aug. 23 against the Eagles after his knee “locked up” in warmups. He didn’t practice this week and left town to get a second opinion Tuesday.

“He went to go make sure that everything checked out,” coach Hue Jackson said Tuesday. “He will be back here and ready to go and practicing when he gets back.”

The Browns acquired Randall from the Packers in March for quarterback DeShone Kizer. Randall, the 30th pick in 2015, played cornerback for the Packers but prefers safety, where he played at Arizona State.

The addition of Randall and return to free safety allowed coordinator Gregg Williams to return Jabrill Peppers to his more natural role of strong safety.

“I wanted to take him — we evaluated him as a free safety when I was with the Rams,” Williams said of Randall. “We would have loved to have gotten him as a free safety at that time, but I like the fact that he is multiple-positional. That is good that he already has NFL experience playing more things than the free safety position.

“He needs the experience of playing the free safety because he has more experience at the NFL level not playing that position. This has been a good training camp and a good spring for him getting him ready to go to that area. I like the fact that he can do more than just play free safety.”

Williams values versatility, and Randall is one of many multifaceted pieces of the defense. Briean Boddy-Calhoun, who replaced Randall against the Eagles and had an interception, is the No. 1 nickelback and No. 2 free safety.

Rookie receiver Antonio Callaway is listed as a starter on the depth chart — and is expected to remain there until Josh Gordon returns to form — but played during the first half against the Lions.

Jackson wanted to get him more game repetitions after he missed the Eagles game with a groin injury. Callaway didn’t play last year as he served a suspension at the University of Florida.

“I do consider him a starter, but I just think that playing receiver is different,” Jackson said. “Me having coached on offense, they have to get into a rhythm of playing and being out there. It is just so important for a young player that way. I see that position maybe a little different than others.”

Callaway didn’t have a catch against the Lions. He was targeted once but got held up by the cornerback and the ball was overthrown.

He finished the preseason with three catches for 87 yards and a touchdown — all in the second half of the opener against the Giants.

New offensive coordinator Todd Haley showed on the second series of the preseason opener that the no-huddle, hurry-up is part of his system. The Browns scored a quick touchdown against the Giants and sprinkled in the no-huddle over the next two games.

“I think that could definitely be a big part of our offense,” Taylor said. “With the weapons that we have outside, the ability for me to be able to pull things and make plays on the run, as well as giving it to the backs that we have in the backfield, I think that could be big for us. We are going to continue to keep building in that area.”

Right guard Kevin Zeitler and left guard Austin Corbett were among the few starters to play against the Lions — for different reasons.

Zeitler missed the first three games with a calf injury and Jackson wanted him to experience game action before the opener. He didn’t play long, leaving after the first series, a nine-play, 80-yard touchdown drive.

“I told him he was playing too high. That’s why he needed some reps in there playing, he’s got to get his pads back down,” Jackson said. “But it was good, that was what we wanted to accomplish, get him in there. It was good to have it be the opening drive, where it’s all the reps that we wanted to get he got.”

Corbett played all 71 snaps against the Eagles as he adjusts to the move inside from left tackle. Jackson wanted to see more and played Corbett into the second half against the Lions.

Zeitler was replaced by Earl Watford, who was signed as a free agent Tuesday. Watford played one series, then talked to general manager John Dorsey on the sideline. The series of events points to Watford making the team.

He was replaced by Spencer Drango, whose roster spot appears to be in jeopardy.

The Browns listed 28 players as inactive for the game, mostly starters Jackson wanted to ensure stayed healthy before the opener. A few key contributors who aren’t officially starters also were given the night off: Boddy-Calhoun, running back Duke Johnson, safety Derrick Kindred and cornerback TJ Carrie.

The group ran sprints before the game then went through casual drills.

** Lions tackle and Avon Lake native Brian Mihalik played in the second half. He’s listed on the second team on the depth chart.

Jackson didn’t want to talk about linebacker Mychal Kendricks, who was released Wednesday after he was charged with insider trading by federal authorities.

“It’s a disappointment anytime you lose a good player. He’s a good player,” Jackson said. “But he’s not on our team anymore so I don’t want to talk about him. We’re going to do everything we can to improve the position as we move forward, that’s what John and his staff will do.”