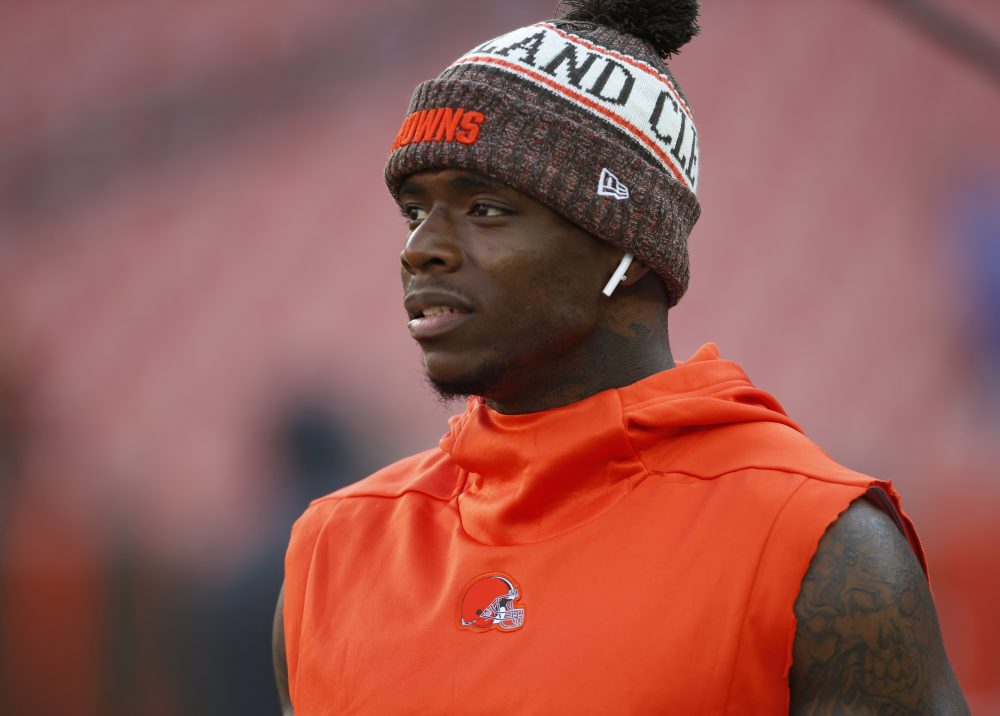 He practiced Monday for the first time since minicamp in June.

“He is very talented. It does not look like he has missed anything,” coach Hue Jackson said. “At the same time, we know he has. He has to get himself ready to play football.

“He did what we asked him to do today, which is good. He is right on schedule with where I think he should be by the time that we get ready to play.”

Gordon missed the first three-plus weeks of training camp, staying in Florida to work on his sobriety and mental health. Jackson reiterated he won’t start Sunday vs. the Steelers in the season opener. He wants Gordon to earn his way into the starting lineup but said he’ll play against Pittsburgh.

“I do not think that I have ever just given anybody anything,” Jackson said. “He gets it. That is not a problem at all.

“At the same time, Josh is just getting back out here, too. Let’s bring Josh along the right way so that we can have him here for 16 games this season.”

Gordon tweaked a hamstring while conditioning upon his return to the team and was held out of practice last week. He participated in walkthroughs to go through the plays.

Jackson liked what he saw in the first practice.

“He is a big guy, a big guy that can catch and run,” he said. “It is good just to have him back out there with his guys, running around and catching balls.”

Gordon, who missed all of the 2015 and ’16 seasons on an indefinite drug suspension, returned last season to play and start the final five games. He caught 18 passes for 335 yards, an 18.6 average and a touchdown.

“I’ve been around him for a while now,” offensive lineman Joel Bitonio said. “He’s been here, he’s been gone, but it’s really been good to have him back and he brings a different dynamic to our offense, the way he moves, the way he runs, his size and it’s really cool to see him back here healthy, ready to go and ready to play some football again. That’s what he wants to do and that’s what we’re excited for.”

Steelers Pro Bowl running back Le’Veon Bell didn’t report to the team Monday after skipping training camp. The Steelers again used the franchise tag to keep him and he’s yet to sign the tender.

“We are disappointed Le’Veon Bell has not signed his franchise tender and rejoined his teammates,” Steelers general manager Kevin Colbert said in a statement. “Coach (Mike) Tomlin and the coaching staff will continue to focus on preparing the players on our roster for our regular season opener on Sunday against the Cleveland Browns.”

Jackson expects to see Bell. He also skipped training camp last year before signing the franchise tender and facing the Browns in the opener.

“Yes, everybody should be up and ready to go,” Jackson said.

DeValve missed the preseason and hadn’t practiced in three weeks but made the 53-man roster.

Linebacker James Burgess (concussion) and cornerback E.J. Gaines (knee) didn’t practice. Burgess was hurt Thursday in the preseason finale. Gaines worked on the side and seems unlikely to be ready for the opener.

“It is a young group, but they have talent,” Jackson said. “They are not the guys that have to go out and play right now. They do not have to shoulder the load.”

Jackson believes that’s a big difference from the previous two years, when rookies were expected to contribute right away. Callaway is slated to start but will share time with Gordon and Rashard Higgins. Ratley and Willies might be limited to special teams to open the season.

Willies (6-foot-4, 207 pounds) won a good competition for the final spot, beating out Da’Mari Scott, C.J. Board and Jeff Janis.

“We think that he is very talented,” Jackson said. “Big guy that can run. Has athletic ability. Has made some plays. Obviously, he can do some things on special teams, so that makes a difference.”

In a sign of progress, players cut by the Browns were picked up by other teams.

** Nate Orchard, who cleared waivers, has visits set up with Buffalo and the Jets, according to NFL Network.

Also signed were tight end Pharoah McKever and offensive lineman Kyle Kalis, a St. Edward graduate. He spent the preseason with Washington and has two starts in four career games. He was undrafted out of Michigan in 2017.

Defensive back Tigie Sankoh is an international player and doesn’t count against the limit.

** Rookie running back Nick Chubb changed to No. 24. Offensive lineman Earl Watford switched to No. 71.