Mailbag: Will Joel Bitonio be affected by time at LT? Is Austin Corbett ready to be backup C? Is Desmond Harrison ready? 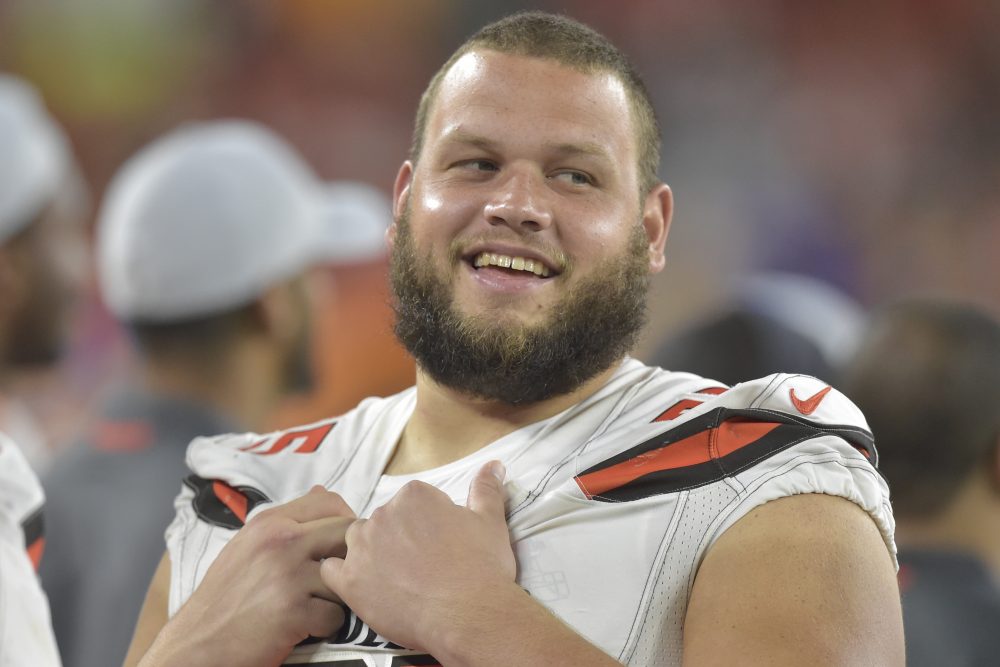 Q: Will Joel Bitonio’s early season play suffer having not taken many reps at guard this preseason?

A: My boss asked me the same question.

It’s certainly reasonable to wonder, and I’m sure Bitonio would’ve been better served and more comfortable if he had spent every snap of the preseason at left guard. And the matchup with Steelers defensive tackle Cameron Heyward is always reason for concern.

But Bitonio’s been working back at left guard for two weeks and has excelled there for four seasons, so I think the drop-off will be negligible.

Q: Any chance that the Browns run Bob Wylie monologues on the big screens during commercial breaks? Would be instant classic.

A: There’s always a chance. And the team’s social media department is quite creative, so I wouldn’t rule out periodic Wylie gems in some capacity.

One of the best parts of “Hard Knocks” was more people getting exposure to Wylie, who’s got an interesting story for every occasion — and a million dinner recommendations.

Q: Do the Browns feel Austin Corbett is ready to go in and play center against the Steelers if JC Tretter gets injured?

The inactives haven’t been announced yet, but it wouldn’t surprise me if Corbett’s on the list. I talked to him Friday after the decision was announced that he’d be on the bench and he didn’t sound too confident he’d be the backup center, mentioning veteran Earl Watford as a candidate.

So I expect Watford to be the backup center on gameday, with the chance of Corbett stepping in at center if given a week to prepare. Corbett admitted struggling with the move from left tackle at Nevada to left guard with the Browns. The move to center would be an even bigger adjustment, but it could be his long-term landing spot after this season.

Q: Do you think it is unwise to play an undrafted free agent at left tackle after having Joel Bitonio practice and play there all preseason?

A: I’m torn about the decision. The jump from West Georgia to the NFL for Desmond Harrison worries me, but it might be the better option than weakening two positions with Bitonio at left tackle and Austin Corbett at left guard.

I think Bitonio would’ve been serviceable, at worst, at tackle. I know Harrison has a higher upside but don’t feel confident he’ll be able to handle the job from Day 1. I love his athleticism and long-term potential, just am worried about rushing him into the pressure-cooker vs. the Steelers.

I’d like to blame coach Hue Jackson for waiting too long to make the switch, but Harrison’s toe injury that kept him out for the beginning of training camp made it impossible to insert him into the starting lineup until the end of camp.

Q: Which undrafted rookie free agent besides Desmond Harrison is likely to make an impact this year?

A: The list of candidates is much shorter than normal. Receiver Derrick Willies and cornerback Tavierre Thomas are the only others on the roster.

So I’ll go with Willies. I don’t expect him to have much of a role early, besides special teams, but I was impressed with him during camp and believe he could turn into a contributor on offense at some point.

Q: Now that training camp is over, final cuts are made and the 53-man roster is set (for now), does this mean that the players on the roster for opening kickoff Sunday vs. the Steelers have “earned their strips” and our helmets will have the iconic brown and white stripes? I honestly did like the plain orange helmets and would like to see them as alternates (and the hideous orange numbers disappear) with the uniform change that hopefully comes when we are eligible. … All that said, we simply are not the Cleveland Browns without the helmet stripes and will they return Sunday?

A: If you watched the “Hard Knocks” finale you know the answer. If you didn’t, it’s yes.

The official uniforms include the traditional helmets with stripes, and they returned for practice Monday and will be here this afternoon.

But the plain orange helmets had plenty of admirers, and I wouldn’t be surprised if they returned at some point along the way as an alternate.

A: Any one where you’re on the next bar stool.

But if I had to narrow it down, I’d go the crab place on the water in Baltimore and the spot in Kansas City with the cool sweatshirts.

Mailbag: How’s the O-line depth? Does Matthew Dayes have a shot? Crucial position group? How many WRs make roster?
Mailbag: When will Browns use their salary cap space? Will they trade Tyrod Taylor? Who’s the emergency QB?