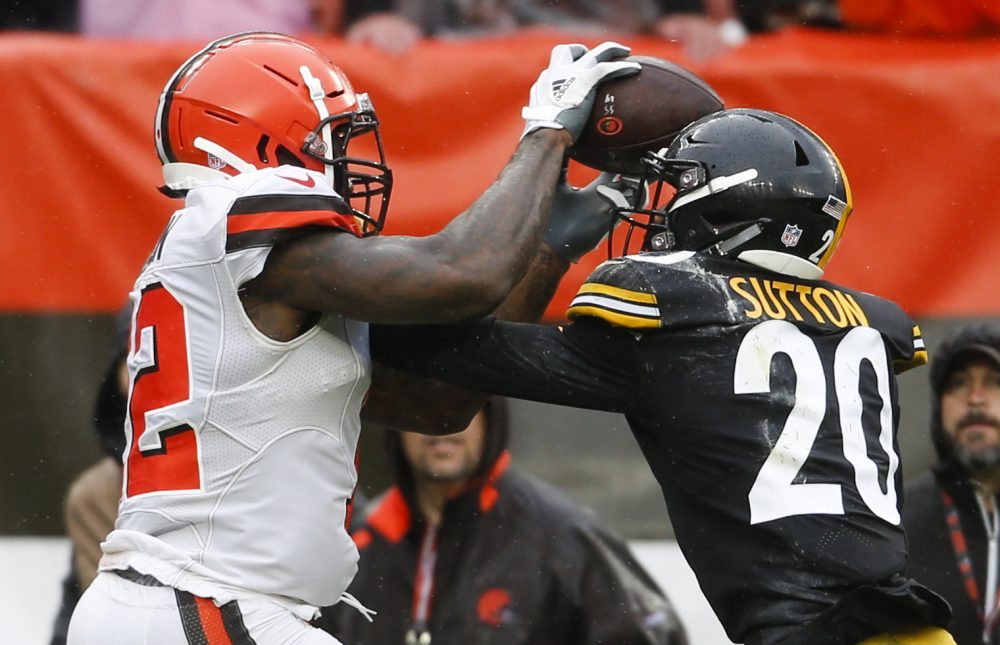 He started anyway. Then he sat for nine plays. Then he played 68 of the final 79 snaps during the Browns’ 21-21 tie with the Steelers on Sunday at First Energy Stadium.

“Just miscommunication,” Jackson said Monday. “Move on from it. It is what it is. We worked through it. It’s done with.”

Jackson spent the two weeks before the season talking about the importance of earning a job, not allowing entitlement and rewarding those who had put in the practice time. Gordon missed the first three-plus weeks of training camp as he worked on his sobriety and mental health in Florida, therefore rookie Antonio Callaway would start in his place.


But there Gordon was lined up wide in the three-tight end personnel package on the Browns’ first snap of the opener. Jackson handed off play-calling duties to new coordinator Todd Haley in the offseason, so it was Haley’s call to have Gordon on the field for what turned out to be a Tyrod Taylor scramble from the Cleveland 36-yard line.

“I saw it just like you did. Not what I wanted, but we will get through that, too,” Jackson said after the game.

Less than 24 hours later, he wanted to be done talking about it.

“The game’s over with now, so to talk about it, what’s it going to do? Nothing,” Jackson said. “So I’ve dealt with it. We move on.”

He was evasive when asked if he told Haley to sit Gordon for a couple of series after the first play.

“The personnel that we were using obviously called for him to be in the game,” Jackson said. “We could’ve switched that up. That’s all. That’s all it was.”

He chuckled when asked if Haley knew he had been so adamant that Gordon wouldn’t start.

“That game’s over with,” he said. “I think to keep talking about that does nothing, nobody any good.

“He played the first play, didn’t play for however many plays after that, there was a mistake in that and we’ve moved on from it. That’s it.”

As for Gordon’s high snap count for the game?

“Yeah, I wasn’t surprised by that,” he said.