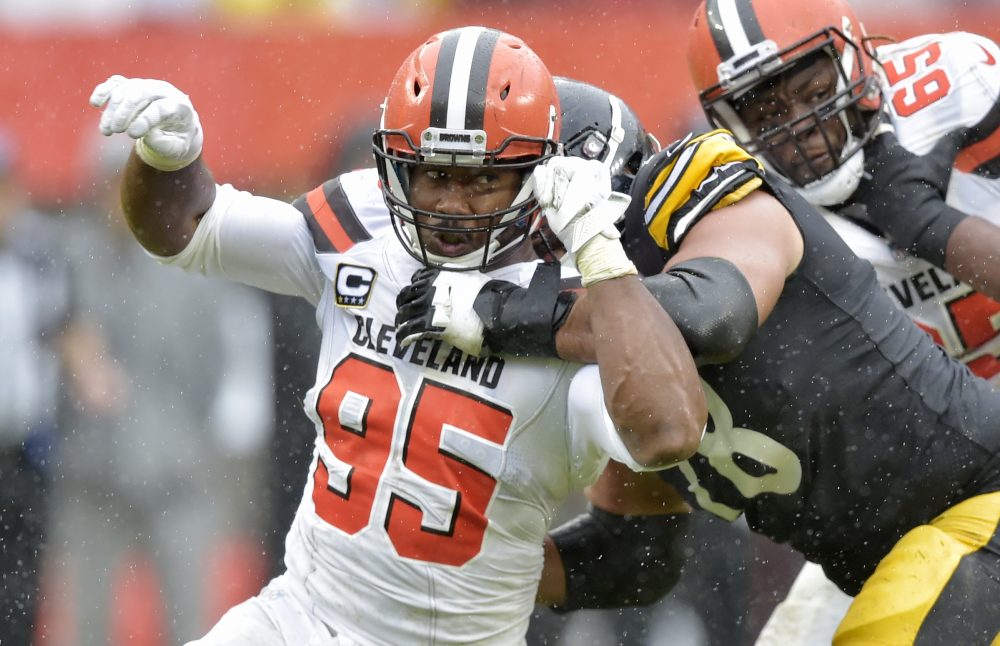 It turns out he was right.

“Even though there is some body weight on Ben, this is not what we would consider contact that rises to the level of a foul,” head of officiating Al Riveron told NFL Network on Monday.

The Browns and Steelers ended the opener Sunday tied at 21, so every play was critical. The penalty on Garrett especially so.

It came early in the second quarter of a scoreless game after an incompletion on third-and-7 from the Cleveland 8-yard line. Instead of facing fourth down and likely kicking a field goal, the Steelers had first-and-goal from the 4 and James Conner scored on the next play.

It was a four-point swing.

“It wasn’t a very sensical explanation,” Garrett said Sunday of his conversation with the official. “Honestly, I thought that was a perfectly legal hit. I don’t know what is a proper way to take him down. I’m going to need some evidence or them to demonstrate for me themselves.”

The league has made the rule that prohibits a defender from landing on a quarterback with most or all of his body weight a point of emphasis this season. The enforcement of the rule has been criticized by defenders.

“We want that player to make an effort,” Riveron said. “And the last three or four weeks, we have pulled extensive video to show the clubs exactly what we’re talking about, and we probably last week showed 5-to-1 or 6-to-1 of legal hits, or legal contact, as opposed to illegal contact. Because the question we get all the time is, well, what do you want our players to do?

“Well, they have to not put the weight on the quarterback.”

Garrett listened, but it didn’t matter.