Joe Thomas honored to be honored as Browns put “10,363” in Ring of Honor 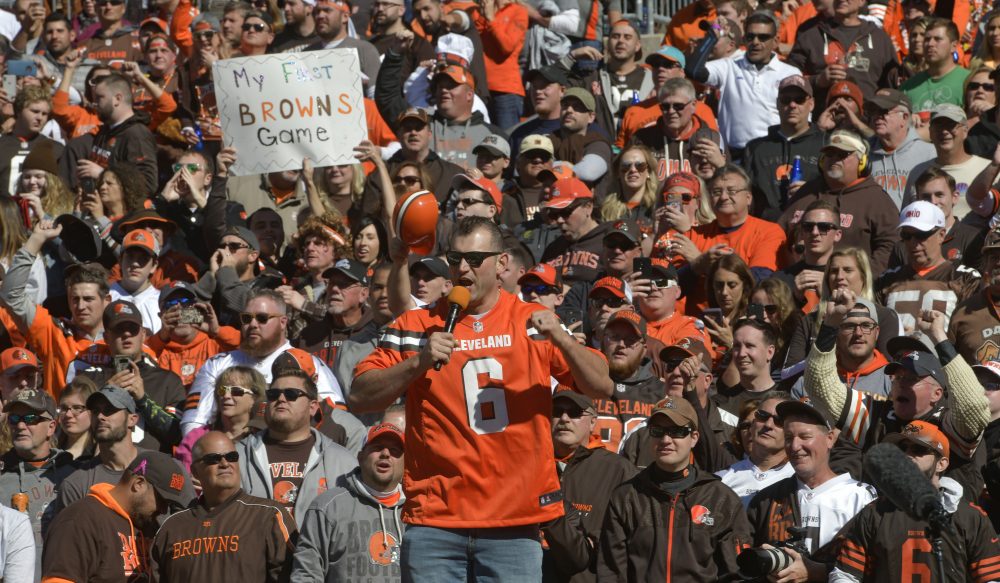 CLEVELAND — Joe Thomas wore a bright orange No. 6 Baker Mayfield jersey, called Browns fans the best around and led them in a cheer.

“I thought it would be strange if I wore my own jersey, and since everyone in my family is wearing a No. 73 jersey, I wanted to represent Baker and show some support,” he said before the game.

Thomas was honored Sunday during the 38-14 loss to the Chargers as “10,363” was unveiled in the Browns’ Ring of Honor at FirstEnergy Stadium. The number recognizes Thomas’ NFL-record streak of consecutive snaps.

The streak was broken last year when his triceps tendon ruptured during a game, and he retired in March as one of the best left tackles of all time after 11 seasons and 10 trips to the Pro Bowl.

“I’m proud of being able to go out there and giving my all every Sunday and do everything I can to try and help the team win and turn it around,” Thomas said. “I feel like the turnaround has happened this year. I hope that I was part of building the foundation for the turnaround.”

Thomas was joined by family, friends and former teammates — he mentioned several linemen — and said his 50-person suite was overflowing.

“It’s a very emotional and special moment for me,” he said. “I’m honored to be able to come back and have the team do some special things for me today. It makes me feel pretty good about some of the things I did here throughout my career.”

He said he doesn’t regret retirement despite the team’s improved play. He received a series of cortisone and lubricant shots in his knee just to make it through the last couple of seasons.

“There is no reason for me to retire — I love the game, I love being in the locker room and the paychecks were really good — but my body just couldn’t do it anymore,” he said. “If it weren’t for that, I would be out there today.”

“My joints are doing a lot better,” he said. “I wouldn’t say I feel like 33, but I feel like 40 so I’m happy with that because I was feeling about 65 after last season.”

He showed he hasn’t lost his self-deprecating sense of humor when asked about the Browns’ solid start in his absence. They dropped to 2-3-1 with the loss Sunday.

“There is a direct correlation,” he said. “They finally got rid of the dead weight at left tackle.”

Chargers 38, Browns 14: Baker Mayfield and Cleveland come back to earth with lopsided loss
Browns WR Rod Streater out for rest of season with broken neck