Commentary: So long, Hue … and what took the Haslams so long to fire him? 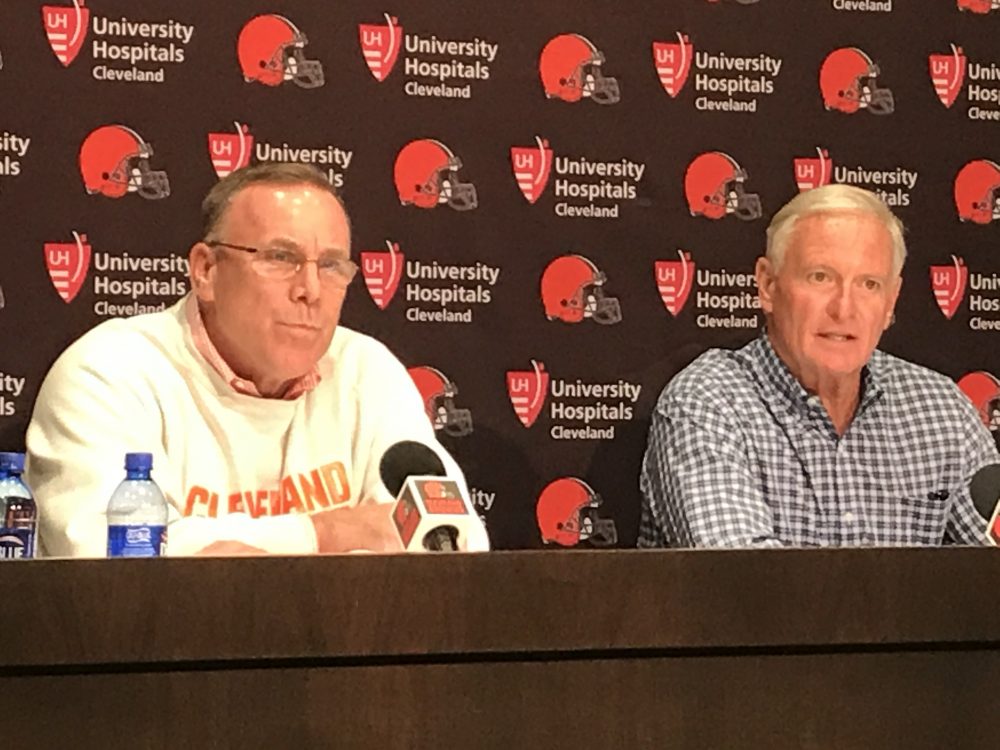 They don’t win many games, but they sure can put on a show. Welcome back to the show that never ends, the rebuild that never ripens and the coach search that never works.

If they’re going to lose, they’re at least going to lose with everyone singing in the same key. That was the point driven home by veteran firing the head coach news conference conductor Jimmy Haslam, who, on Monday, at another one of those things he does so well, repeatedly drove home the point that internal discord is a form of discord up with which he will not put.

“We’re not going to put up with internal discord,” said the billionaire enemy of in-house caterwauling.

A chronic towel-snapping spat between his head coach and offensive coordinator?

Gentlemen, we’re going to have to ask you to leave the party.

Nobody does it clumsier.

An issue that should have been dealt with and resolved well before the eighth game of the season results in Haslam having to stop the car, kick two passengers out and then resume the journey, while trying to ignore the “thwap, thwap, thwap” of the three flat tires.

Haslam does catch a break in that the Jackson/Haley pie fight forced the owner’s hand into doing what almost everyone who is not the owner thought should have been done after the Browns whiffed on the 2017 season:

Order the head coach to leave the party.

“It was not an easy decision,” said Haslam of a decision that was so easy most owners could have, and would have, done it 12 months ago, standing on their heads, with both hands tied behind their backs.

That Jackson even sniffed training camp this year — much less coached his way through eight games of the season — after the twin debacles of the last two years, is one of the great survival acts in NFL history.

It was not, conversely, one of the great moments in NFL ownership history.

It always comes back to the Haslams. Because in the NFL there are the Haves and Haslams.

The new head coach, oops, the new INTERIM head coach — and, boy, head coaches don’t get any more interim than they do in Cleveland — is defensive coordinator, devil-may-care quote machine, and all-around loveable loose cannon Gregg Williams, who now slides onto the head coach whoopie cushion for the rest of the year.

If nothing else, that should add some juice to the daily and postgame head coach media sessions, which will be a refreshing change from the previous office holder.

The chances of Williams remaining the head coach would seem to be as likely as Jackson being asked to return as coach next year. Who will the next non-interim Browns coach be?

Haslam said he’s not even thinking about that, which can’t possibly be true, but, again, these are the Browns.

“The only thing we’re focused on now is the second half of this season,” said Haslam.

Whoever becomes the next non-interim Browns coach will presumably be someone that general manager John Dorsey will have major input on, because, well, we’ve seen the other alternative, which was another reason Monday’s news conference was necessary.

“The organization is in a better place today than it was yesterday,” said Haslam, yesterday.

That wouldn’t be hard, because the Browns, who at one point were 2-2-1, are 0-3 in their last three games, thanks to a dead-in-the-water offense that led to the fatal Jackson-Haley tug-o-war. The Browns lead the league in takeaways, but still have a losing record, which is virtually impossible.

But, again, these are the Browns.

Worse yet, quarterback Baker Mayfield seems to be regressing, while trying to avoid a maiming, which should make everyone in the organization nervous.

The Browns need an offense the defense can be proud of. The Browns need to cut down on all the penalties. They need to play harder for the interim head coach than they played for the lame duck head coach.

They need to win some games.

Because The Show, shaky as it is, must go on.