Commentary: This Browns team has a different feel about it after victory, needed coaching changes 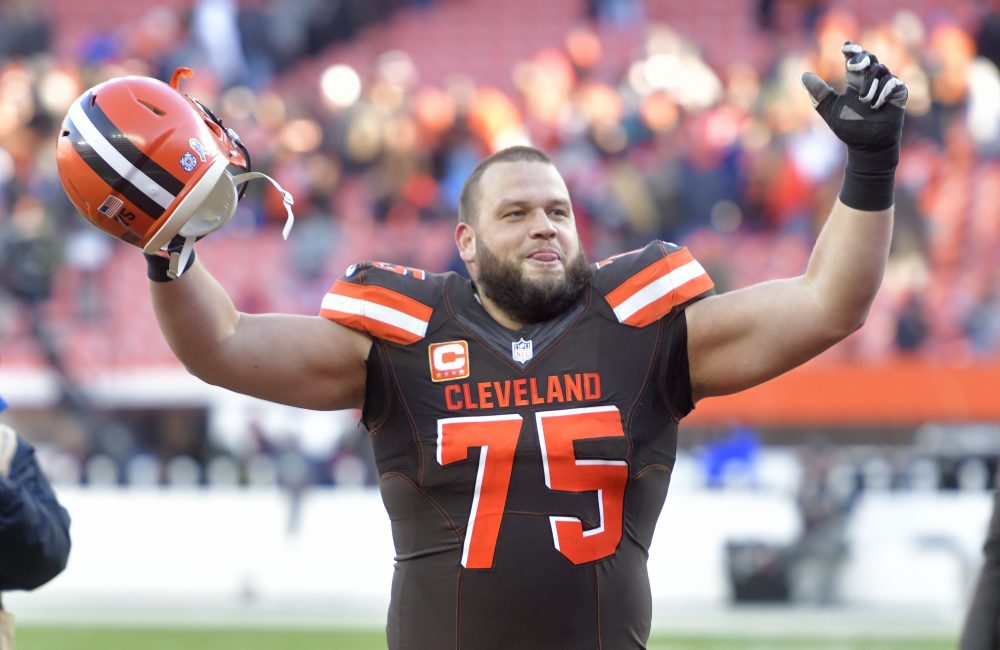 Williams has as many wins in two games as Hue Jackson had in two years. It’s still early, but based on what everyone saw Sunday in the Browns’ 28-16 win over the Atlanta Falcons, who two years ago were in the Super Bowl, all indications are that no Browns coach will be jumping into Lake Erie after this season.

The Browns are 1-1 since the coaching change, 1-1 since the offensive coordinator change and are easily the best 3-6-1 team in the NFL. Hey, you’ve got to start somewhere.

Two weeks into the post-Hue Jackson Era it looks different and it feels different. That’s a refreshing change from the last 19 years, when it looked bad and felt worse.

Sunday’s win smelled like a validating moment, that the long-overdue coaching change may have been even more necessary than we on the outside know. Because unlike most midseason coach firings, this one won’t be a case of slamming the brakes on the season.

Instead, the season feels like it’s just getting started. Well, you know, after the bye week.

Mayfield seems invigorated and liberated by the way he’s being coached now, as opposed to the way he was being coached pre-coaching change. That’s an indictment on the latter and a ringing endorsement of the former.

“When I woke up this morning, I was feeling pretty dangerous,” cracked the Oklahoma Kid, who then went out and completed 13 consecutive passes to start the game, on his way to posting the kind of numbers for four quarters that Joe Montana rode to the Hall of Fame.

Mayfield completed 17 of 20 passes for 216 yards, three touchdowns and a billowing quarterback rating of 151.2, which is 71 points higher than his rating coming into the game, most of which, obviously, was accumulated under the previous administration.

But there’s a new sheriff in town, actually an interim sheriff, and so far Williams is looking like an excellent choice as the Browns’ new dean of men.

“Never mind me. I love it for them,” said Williams of the win, referring to his players. “Seriously. Give them credit. They have done a very good job of blocking out lots of different things and doing what needs to be done.”

It starts, of course, with the quarterback the Browns have forever sought, and now — big exhale — they have apparently found. Mayfield, who started out like gangbusters earlier in the year when he replaced injured Tyrod Taylor, seemed to be stagnating, if not at times regressing in the waning weeks of the previous regime.

It’s only two games under Williams and interim offensive coordinator Freddie Kitchens, but Mayfield’s learning curve and performance seem to be accelerating.

In the first half, Mayfield pitched a perfect game: 12-for-12 for 165 yards, two touchdowns and a stratospheric quarterback rating of 158. Perhaps all that gunslinging was a product of Williams urging Mayfield to “cut it loose” and throw with confidence.

“It comes down to just doing my job,” Mayfield said. “Them saying they trust me enough to let the ball go. I was brought here for a reason, so just go do my thing.”

This Browns season will in large part be defined by how Mayfield plays, how quickly he grows as a leader, a player and the face of the franchise. Clearly, Sunday was a major step in the right direction on all fronts. We can only assume that it’s not a coincidence that it happened almost immediately after Jackson and offensive coordinator Todd Haley were fired.

Asked about Nick Chubb’s electrifying, game-changing 92-yard touchdown run in the third quarter, the Oklahoma Kid never missed a beat: “It was a great handoff.”

In total yards, the Browns outgained the Falcons 427-382. This win was not a fluke.

“We finally played well in all phases,” Mayfield said.

Again, the timing seems very revealing. Frequently when there are coaching or managing changes in football, basketball or baseball, there’s always the danger of the players interpreting it as the raising of the white flag. That doesn’t seem to be the case with the Browns. To the contrary.

Normally the bye week comes at a good time for the Browns and their fans, because they are exhausted from the losing.

Browns-Falcons Preview: 5 things to watch; 3 key numbers; the pick
Browns 28, Falcons 16: The breakdown — thumbs up, thumbs down, the matchups