Mailbag: Help coming from IR? What’s up with Austin Corbett? 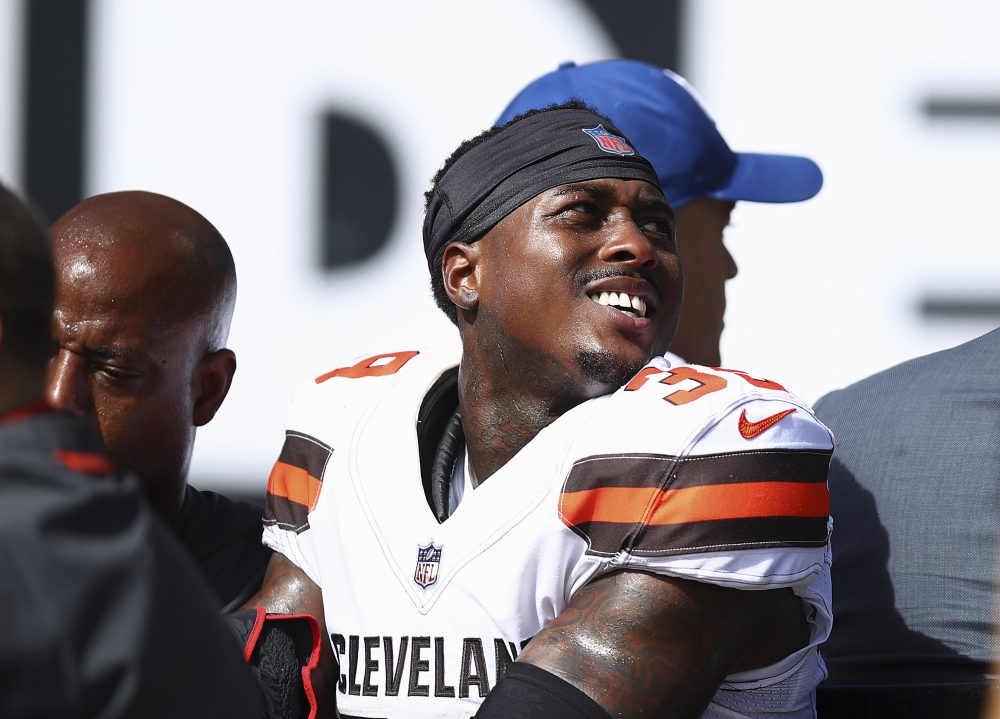 Q: Any chance we may see anybody coming off injured reserve to the active roster or practice squad? Howard Wilson is my hope, liked his game at Houston.

A: There’s definitely a chance, but it won’t be your guy Wilson, a fourth-round pick in 2017. He had surgery to repair a patellar tendon and has yet to play in the NFL, leaving his career in doubt.

The prognosis is much better with cornerback Terrance Mitchell (broken wrist) and receiver Derrick Willies (broken collarbone). The Browns and Mitchell are hopeful he’ll return after missing the mandated eight games on IR, which means he’d be back Dec. 9 against Carolina and eligible for the final four games. Willies went on IR a week later and would be eligible to return Dec. 15 at Denver. His return isn’t guaranteed and depends on how the collarbone heals.

Q:
I’m still puzzled by the Austin Corbett pick in draft, usually such a high pick is expected to contribute in some manner right away. He’s clearly not a left tackle. Your thoughts & where does he contribute next year?

A: It’s way too early to give up on Corbett — he’s barely played — but it’s natural to expect more from the No. 33 pick.

Immediately after the draft Dorsey made it clear it didn’t matter what position Corbett winds up playing, they love his toughness, physicality and personality over the long term. They were hopeful he’d be able to stick at left tackle, but that dream quickly faded. His future is at guard or center, so it will be interesting to see if the Browns move on from center JC Tretter or right guard Kevin Zeitler before next season to open a spot, or they enter the season with Corbett slated to be a backup again. The No. 33 pick shouldn’t sit on the bench for two years.

Moving on from Tretter seemed like the logical move before the season, but he’s played well and shown incredible grit by playing through a high ankle sprain. His $5 million salary for 2019 is reasonable, so the Browns should be careful about just handing the job to Corbett.

A: An interesting question, and I’m going to say yes.

First of all, the Browns have been good enough to compete for a title in ANY division just once in the last 15 years, when they went 10-6 in 2007. If they had switched places with the Patriots that year, they may have won the AFC East. But that’s the lone year they’ve been talented enough and played well enough to earn a playoff spot. And we saw how quickly the good times ended.

The other half of your equation is more interesting. The Patriots have clearly benefited from a soft AFC East throughout their remarkable run and I don’t think they would’ve dominated the difficult AFC North in the same way. I believe they would’ve won fewer division titles but still think they would’ve claimed the five Super Bowl titles.

Q: I hear a lot about Iowa State’s Matt Campbell as a potential head coaching candidate but know little about him other than he has often done a lot with a little wherever he’s been. Is he one of these “offensive gurus”? Or defensive-minded or what?

A: Campbell played defensive end at Mount Union but has spent his coaching career on offense. He’s been a line coach, run game coordinator and offensive coordinator but I don’t think he qualifies as a “guru.” He’s an old-school coach whose team’s success is rooted in fundamentals and work ethic.

He grew up in Massillon and has spent most of his life in Ohio. He’s an up-and-comer and could be the next Ohio State coach. He seems a bit of a long shot for the Browns job because he’s never worked in the NFL and has never coached a big-time program in college.

Q: Do you think Paul DePodesta is part of the group looking for the new coach?

A: That’s a great question. General manager John Dorsey said the senior management group involved in the coaching search will be a “tight” group and wouldn’t reveal its members. I assume assistant GM Eliot Wolf and vice president of player personnel Alonzo Highsmith are part of the inner circle but am not sure about DePodesta.

DePodesta has the big title of chief strategy officer, the accompanying salary and is highly intelligent. He’d be a valuable resource, but it’s unclear if Dorsey trusts him to be involved in such a key decision.

Q: While I am fully cognizant that he’s most advantageous exploiting coverage attempts by linebackers and safeties, tight end David Njoku seems to lack important qualities found in elite NFL TEs. Might he better serve this roster as Josh Gordon’s replacement, becoming the fast, big-bodied, downfield wide receiver? How viable is that vision?
— Mark Leonard

A: I see where you’re going with that but think Njoku’s athleticism is special for a tight end but merely average for a receiver. Therefore, I think he would have less impact as an every-down wideout.

The final six games will be big for Njoku. To me, he hasn’t proved to be a reliable target or lived up to his first-round draft status. He’s definitely improved this year but needs to take the next step. That includes being more under control while running routes and cutting down on the drops. He still needs to show he’s a true starter and consistent playmaker at this level.

Mailbag: Urban Meyer in the NFL? Why no veteran WR help? Is Dave Toub a serious candidate?
Mailbag: Who are top coaching candidates? What about Dabo Swinney? Who are X-factors today?