Damarious Randall on matchup with Bengals: If they don’t have A.J. (Green), they’re getting their ass beat 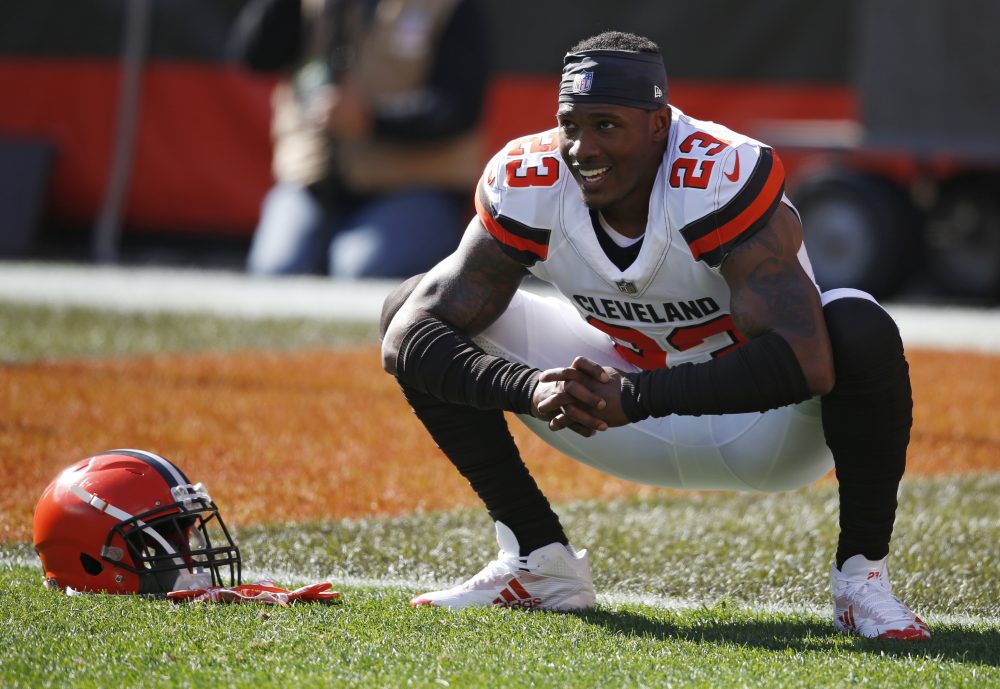 BEREA — The Browns’ trip to Cincinnati on Sunday already had plenty of juice.

The Bengals (5-5) are in the thick of the playoff race, while the Browns (3-6-1) are hanging on for dear life. They’re longtime division rivals. Hue Jackson joined the Bengals staff just 15 days after being fired as coach of the Browns.

“If they don’t have A.J., they’re getting their a– beat,” Randall said, referring to Bengals star receiver A.J. Green.

Green has missed the last two games with a toe injury and didn’t practice this week, despite coach Marvin Lewis saying Wednesday he would later in the week. Green was listed as questionable (50-50 chance of playing) on the official injury report.

“Top-five receiver, one of the best in the league, I have a lot of respect for him,” Randall said. “I hope he plays, to make the game a little more interesting.”

Randall pointed to Cincinnati’s 24-21 loss at Baltimore on Sunday as the explanation for his inflammatory opening comment.

“You saw what happened last week,” he said. “The offense doesn’t score a lot of points when A.J. isn’t on the field, so obviously losing a guy like that sucks for definitely the whole, entire offense because he’s one of those generational type of players.”

Green (6-foot-4, 210) is the only receiver since the AFL-NFL merger in 1970 to start his career with seven straight Pro Bowl honors. He was headed toward No. 8 before he got hurt.

The Bengals offense changes without him.

“He’s one of the most dynamic receivers in the league, so obviously when he’s off the field it definitely hurts them, but they have a lot of guys who step up in his absence,” strong safety Jabrill Peppers said. “(Boyd) has been coming on strong. You’ve got John Ross, who is also a deep threat, and (Joe) Mixon has been able to get their ground game going that opens up their play-action pass game and those intermediate and deeper routes down the field that they like.

“It definitely hurts them, but they have a lot of guys that step up, as well. So we’ve still got to be on our p’s and q’s.”

Interim coach Gregg Williams said the Browns are preparing for all scenarios regarding Green’s availability.

“It will not change how we will go about preparing,” he said. “We have gone through all of those what-ifs each and every day on the practice field this week.”

Lewis told reporters in Cincinnati that Green didn’t have a setback and he didn’t rule him out. Randall said if Green plays he expects him to perform like a Pro Bowler.

“He’ll probably be the exact same guy,” he said. “I didn’t practice for about six weeks and I played some pretty solid football, so I expect him to do the same.”

Randall played through heel, groin and ankle injuries and said coming off the bye last week he’s feeling the best he has since Week 1.

Randall bragged last year about shutting down Josh Gordon while he was with the Packers and guaranteed the Warriors would beat the Cavaliers in the NBA Finals, promising to buy jerseys for fans if he was wrong. He said his attitude about the matchup Sunday isn’t unusual.

He said the Browns won’t be on pins and needles Sunday morning waiting to see if Green is on the inactives list.

“No. We’re going to see when we’re warming up out there Sunday at 1,” he said.

Does he still expect to hammer the Bengals if Green plays?

“I guess we’ll have to wait and see Sunday.”