Commentary: Browns’ resurgence worth celebrating; how long it took isn’t 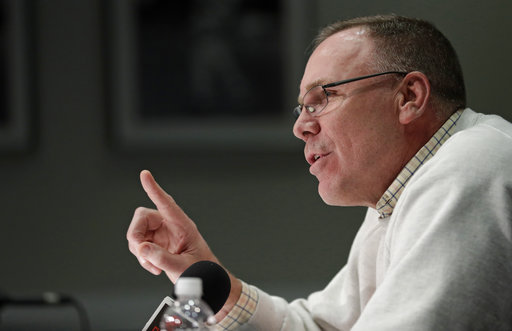 At this point it’s dirty water under a battered bridge, but it is instructive in one dramatically depressing way:

The Browns’ long-awaited emergence from a football flophouse into a team worth caring about and cheering for is exciting for everyone. But it also underscores how relatively simple — yet, to those in charge, how consistently mystifying — the fix should have been.

One new general manager. One draft. One coaching change — and BOOM!

That’s almost two decades of your football fandom that you’ll never get back. But here we are. Finally. Enjoy.

The Browns are 4-6-1. But it feels like 11-0. That’s how bad it was. That’s how good this feels. Why didn’t somebody do something like this sooner? (Group shrug here). Apparently, just because.

OK, here’s the deal: The National Football League is specifically built to make bullies out of 98-pound weaklings. If you’re a bad team, and you’re trying to become a good one, you almost don’t even have to do anything. The league is designed to make bad teams good. Fast. So just keep showing up. Don’t try anything funny. Don’t get any big ideas. Just sit there, and let it happen.

To be awful in the NFL for almost two decades is almost impossible. I said almost. In order to be that bad for that long you’ve got to be aggressively screw-up-ish. We saw it right here, in the former Factory of Sadness, where multiple coaches, multiple regimes, multiple idea men, multiple owners — well, OK, only two owners, but two whoppers — all rolled into town and tried to reinvent the wheel, but instead reinvented the ditch.

The tow truck’s name was John Dorsey. He signed some real football players in free agency. He conducted the draft in a calm, professional manner, in contrast to so many of the previous regimes, who tried to reinvent the draft and instead reinvented the dumpster fire.

Dorsey found three rookie stars at the top of the draft, and usable players after that. When the coach who should have been fired at the end of the previous season jumped the tracks again, Dorsey fired him in the middle of this one. Also fired was the offensive coordinator, who apparently really was an offensive coordinator, if we know what Dorsey means.

Baker Mayfield, Denzel Ward, and Nick Chubb — after Dorsey forced the Katzenjammer Kids into playing Chubb by (slight exaggeration) trading all the running backs not named Chubb — made instant impacts as soon as they started playing.

OK, so that’s an exaggeration, too. But not by much. The point is that Dorsey and his staff have made this turnaround look so ridiculously easy that it begs the question, what took so long? It’s clearly not that hard. Dorsey came in and did what general managers do. There was no silver bullet. No magic elixir. No hocus pocus.

It was football men making football decisions, while not rocking the NFL competition boat that rescues all non-swimmers. The Browns could have been rescued from their nearly two decades of decadence. But the Browns wouldn’t allow it. They were too busy trying to reinvent football, and instead they reinvented civic suffering.

Hopefully the Haslams have been paying attention. In the NFL, hands-on owners are, hands-down, a bad idea. No offense, but just write the checks and get out of the way. Enjoy your cocktails and let the trained professionals make the big decisions.

If this refreshing, long-overdue, on-the-fly reboot of a once-proud franchise has taught us anything, it’s that it shouldn’t have taken almost 20 years.

Relatively speaking, Dorsey spent a half hour under the hood, and the engine is purring again.

The fans are cheering again.

The team is endearing again.

Browns-Texans Preview: 4 things to watch; 3 key numbers; the pick
Analysis: Who stands where in the coaching search