Mailbag: Who are top coaching candidates? What about Dabo Swinney? Who are X-factors today? 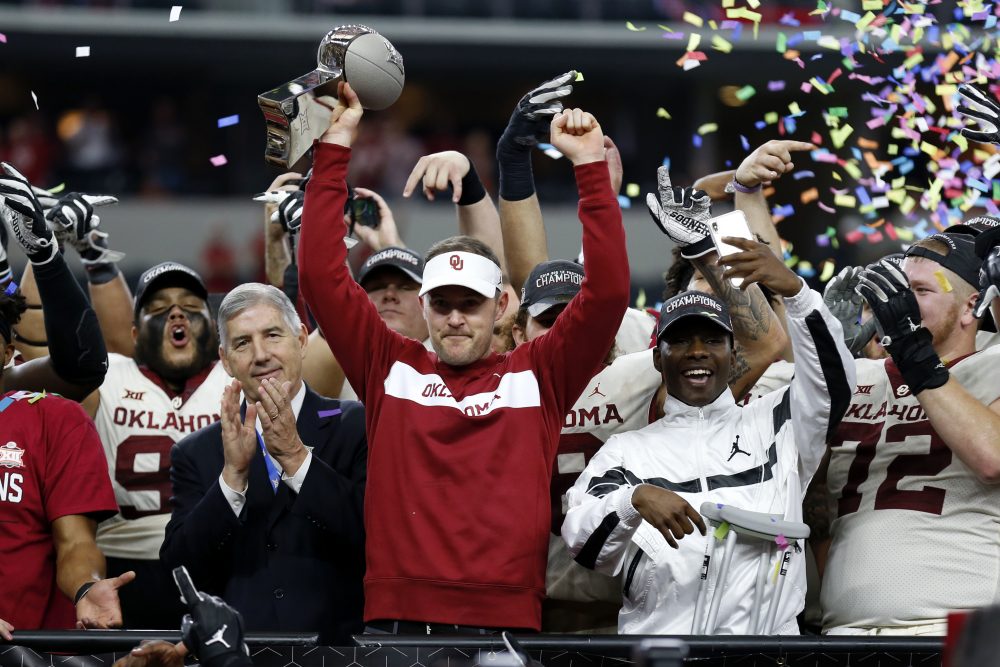 Q: Rank these five head coaching possibilities in order of likelihood: Lincoln Riley, Bruce Arians, Mike McCarthy, Gregg Williams, Josh McDaniels. Anyone besides these five who you would consider a likely candidate?

The wild card for me is Riley. First of all, I don’t know if he wants to make the jump to the NFL. Secondly, I think the closeness of his relationship with Baker Mayfield would have to be navigated as he tried to lead 52 other guys. Finally, I’m concerned about any college coach with no NFL experience taking the step up to the professional ranks. But he’s certainly an intriguing possibility and one that would excite the fan base.

You missed a pair of choices that would rank at the top of my list. I believe GM John Dorsey wants someone he knows well and will be inclined to go with Chiefs assistant head coach/special teams coordinator Dave Toub or Chiefs offensive coordinator Eric Bieniemy. If I could couple them as an entry, that’d be my favorite in Las Vegas.

A: Great question. And I don’t have a great answer.

Maybe he’s made it known he’s content at Clemson. I also think some coaches come across as “college guys” and NFL owners and general managers are skeptical they can make the jump to the NFL. But Swinney strikes me as a true leader who’s genuine. And he prepared Texans quarterback Deshaun Watson. I’d be more than open to interviewing him.

Q: Please tell me the next head coach will not be Mike McCarthy. I am OK with Bruce Arians as the HC, Lincoln Riley as the OC and Todd Bowles as the DC, though. Your thoughts.

A: Let’s agree to disagree.

I would take McCarthy in a heartbeat. He’s won a Super Bowl, been to the playoffs year after year and coached two of the best quarterbacks of all time in Brett Favre and Aaron Rodgers. I know the Packers struggled the last two years and McCarthy’s received much of the criticism, but after talking to people who know him, I believe he would make the proper adjustments and be a great hire for the Browns. Having said all that, I’m not convinced he’s the first choice of GM John Dorsey but he also can’t be ruled out.

I’m not buying into Arians’ candidacy because I think Dorsey wants to go younger and with someone he knows better. As for your dream scenario, if Riley’s leaving Oklahoma, he’s going to be a head coach.

Q: Which Browns players will be the X-factor for them to win against Carolina?

A: Running back Duke Johnson and cornerback Terrance Mitchell.

Johnson had a rough week with the reported death of his grandmother and could draw inspiration. Mitchell is back after missing eight weeks on injured reserve with a broken wrist and will step right back into a starting role with No. 1 cornerback sidelined with a concussion. Mitchell was a takeaway machine before he got hurt and could get one or two from Carolina quarterback Cam Newton.

Q: How would you rank the four AFC North offenses?

Before you jump down my throat, I’m looking at the Bengals before A.J. Green and Andy Dalton got hurt. The Browns don’t have a comparison to Green at receiver, and while I love Baker Mayfield’s upside, the Cleveland offense is still a work in progress. I will move the Browns up the ranking heading into 2019.

The Steelers have the division’s best quarterback and too many playmakers for the rest of the division to compete in this category.

Q: Are the front office and defensive coaches disappointed with the pedestrian performance of end Emmanuel Ogbah and tackle Trevon Coley?

A: They would never admit it publicly, but the answer has to be yes.

The Browns passed on North Carolina State pass rusher Bradley Chubb with the No. 4 pick in the draft in part because they believed in Ogbah on the opposite side from Myles Garrett. But Ogbah hasn’t had much of an impact in his third year, with only three sacks and a fumble recovery to go with seven passes defensed.

As for Coley, he hasn’t replicated his strong debut effort from 2017. He has 33 tackles, a half-sack and a fumble recovery.

I fully expect the Browns to spend a high draft pick, possibly their first-rounder, on the best defensive lineman available.

Q: How many plays has the 33rd pick in the draft played?

A: Offensive lineman Austin Corbett has played 13 offensive snaps and been on the field goal protection unit. He’s been inactive four times, including the last two games with a foot injury. Obviously that’s not ideal production from such a high pick, but it’s too early to call him a bust.

Mailbag: Help coming from IR? What’s up with Austin Corbett?
Mailbag: Time for Danger Zone? Early losses a good thing? What will they do at backup QB?