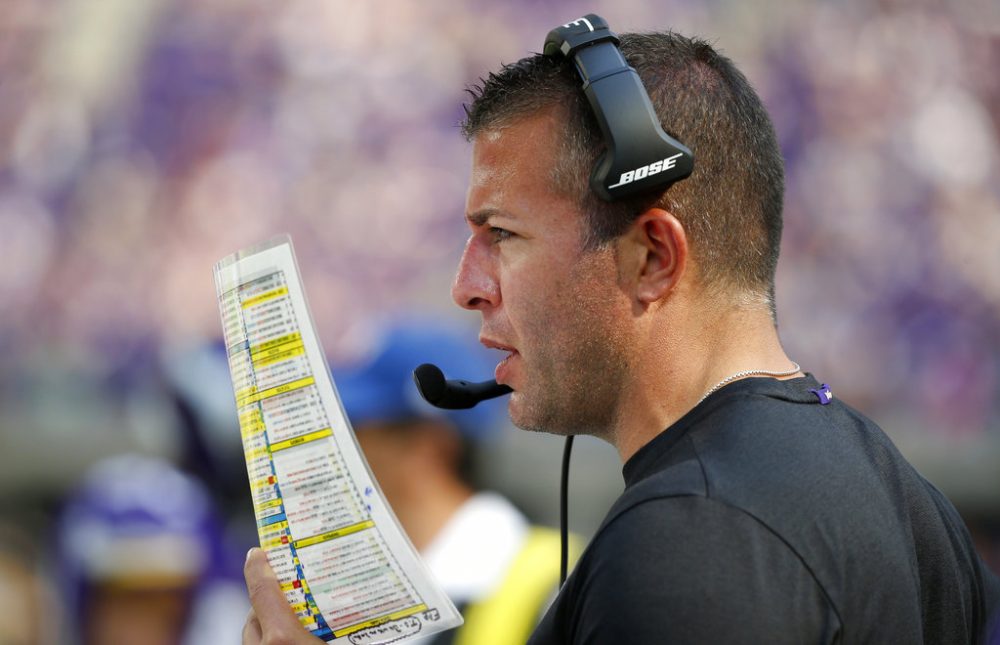 MINNEAPOLIS — The Minnesota Vikings have fired offensive coordinator John DeFilippo, whose first season on the job ended after just 13 games amid a sharp decline in production by the offense over the past six weeks.

Quarterbacks coach Kevin Stefanski was made interim offensive coordinator on Tuesday morning, following a 21-7 loss at Seattle on Monday night. Stefanski will take over the play-calling duty from DeFilippo, whose work with new quarterback Kirk Cousins didn’t materialize into consistent success.

The Vikings (6-6-1) have been held to under 300 total yards in four of their past five games. They’ve scored an average of 12.8 points in those four games.

Stefanski has been an assistant coach with the Vikings since 2006, surviving two head coaching changes.