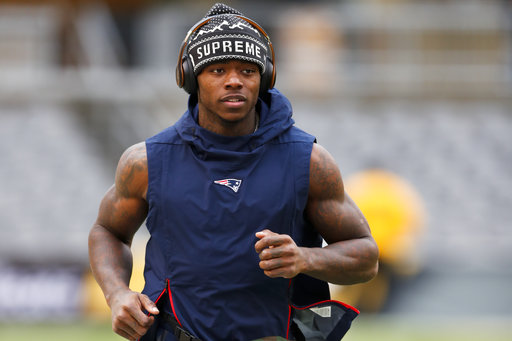 The important things first. I hope Josh Gordon figures out his mental health issues and overcomes his substance abuse problems.

He announced on social media Thursday morning he’s taking a leave from the Patriots to focus on his mental health. That beat the NFL’s announcement that Gordon had been suspended again for violating the terms of his conditional reinstatement under the substance abuse policy.

Gordon obviously remains tormented after years of struggles with drugs. And that’s sad.

But I want to focus on the football part of the story.


Browns general manager John Dorsey was criticized by some when he traded Gordon to the Patriots in September. The Browns received a fifth-round draft pick in 2019, while New England got Gordon and a seventh-rounder.

Dorsey sent one of the league’s most talented receivers packing and was only able to move up two rounds in the draft.

The Browns had been burdened by Gordon’s troubles since he was taken in the second round of the supplemental draft in 2012. His talent was captivating, but his inability to remain available and eligible was beyond frustrating.

Those critical of the trade were too focused on Gordon’s potential rather than his problematic history. Dorsey was new to the Gordon saga but had seen enough.

Gordon missed most of training camp to work on his mental health. Then the last straw came the day before the second game of the season against the Saints when he was late for a walkthrough and reported a hamstring injury suffered outside of practice.

Gordon very well may have orchestrated his way out of town. The more important point was the Browns were better off without him.

I understand the fans’ frustration when Gordon showed up in primetime with the Patriots and made plays. He had 40 catches for 720 yards and three touchdowns with New England.

But, just like it was in Cleveland, the production was fool’s gold. Unfortunately, Gordon is unable to handle success. And the Patriots were left scrambling Thursday as they stumble toward the playoffs.

The Browns need a No. 1 receiver, and Dorsey will be looking in the offseason for someone who can approach Gordon’s talent. But the Browns wouldn’t have won four of five and have all kinds of momentum going into 2019 if Dorsey hadn’t acted decisively in September.

They were always better off this year without Gordon, and his latest setback drove home the point.