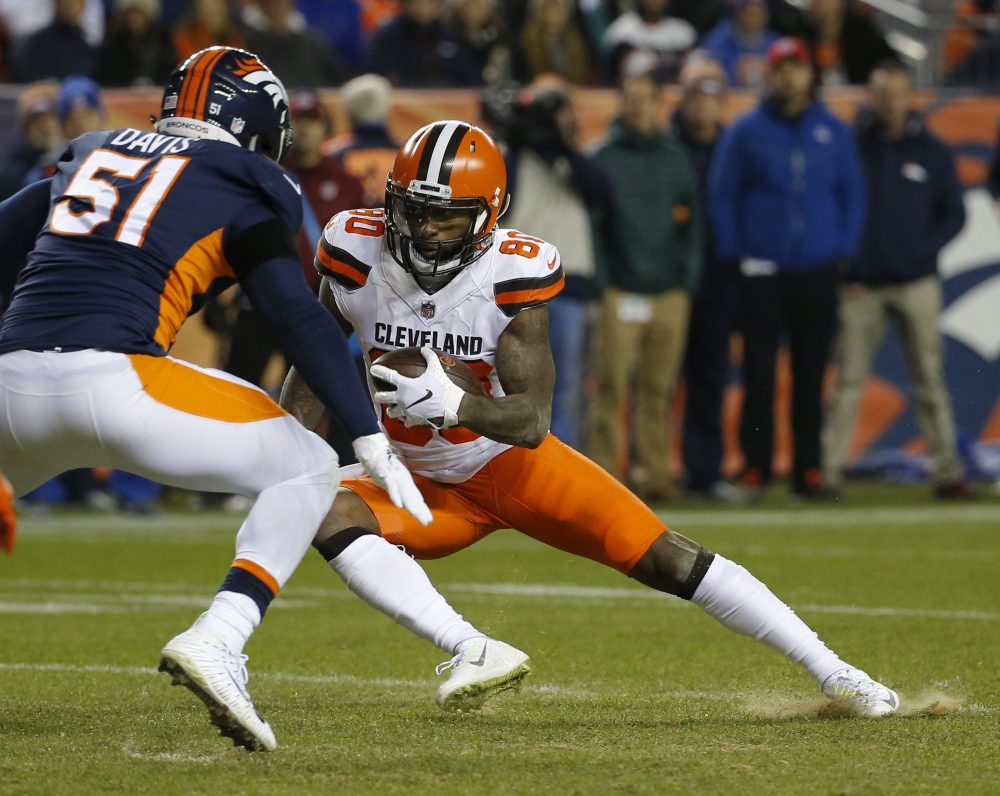 BEREA — Receiver Jarvis Landry has become familiar with the line of questioning in his first season with the Browns. This time the subject was a season sweep of an AFC North rival.

“Let me guess, that’s a stat that hasn’t been done here in 20 years,” he said Thursday.

The Browns haven’t swept a division foe since taking both from the Ravens in 2007. They haven’t swept the Bengals since 2002 but have the chance Sunday as 8½-point favorites.

“Well, it would be good,” Landry said. “It will be something you guys can talk about again. Obviously for us it’s a big win. I think it creates momentum inside the division, as well, that we’re not the little brother no more.”

The Browns (6-7-1) are 2-1-1 against the North, with wins over the Ravens and Bengals and a tie and loss with the Steelers. They finish the season Dec. 30 in Baltimore.

The Browns have never posted a winning record inside the division since it was formed in 2002 but would do so with a split of the final two games. The record to beat is 3-3 in 2007 and ’02.

Landry said accomplishing all the feats this year will allow them to start with a clean slate next season.

“Absolutely. And that’s a big thing,” he said. “Our biggest tests were in the beginning of the season, the overtime games, the games that we lost on calls or a play here or a play there. They kind of helped us for (close) games like we played in Denver, that we played against Baltimore the first time we played them.

“Those things and having the winning in mind obviously is going to help this group understand what it takes to win, that every play counts. But it’s definitely going to be the push that we’re going to need for years to come.”

Landry (72 catches, 827 yards, three touchdowns) was voted the third alternate for the Pro Bowl after making it the previous three years in Miami.

“There are some damn good receivers in this league that have pretty good years, and I was not at the top this time so I have more work to do. I know that,” he said. “Now I have some things to work on, some things to learn from and grow, and I am going to be in it next year.”

After the home win over the Panthers on Dec. 9, quarterback Baker Mayfield asked for more fan support for the home finale.

The game Sunday against the Bengals is a sellout following an increase in ticket sales after Mayfield’s plea and a couple of wins. The Browns have won two straight and four of five.

“What’s up ya’ll, Baker Mayfield here,” he said in a video made by the team. “So I just found this Sunday’s game is sold out. I appreciate you guys. I know I called you out. I thank you guys for buying all the tickets, being there for the support, I appreciate it a lot.

“So excited to see you on Sunday, but it’s not just about being there. You’ve got to be loud, too. We want the energy to be there. We want it to be very exciting for this last home game, finishing off the season on the right note and I appreciate you guys. Thank you very much.’’

Offensive line coach Bob Wylie broke an ankle at practice and had surgery at University Hospitals.

A team spokesman said surgery went well and the team wishes him a speedy recovery. Wylie will likely miss the game Sunday. Mark Hutson is the assistant line coach.

Wylie is a favorite of players and fans. He recently appeared as Santa Claus in a happy holidays video from the team.

“Honestly, he’s one of the best human beings I’ve been around,” left guard Joel Bitonio said Wednesday. “He’s a great coach but what he does off the field — he takes care of the people in the building and he’s just a great dude.”

Free safety Damarious Randall doesn’t regret handing the ball to former coach Hue Jackson on the Bengals sideline after intercepting a pass during the Browns’ 35-20 win Nov. 25. But he doesn’t plan to do the same Sunday if he gets another pick.

“I promised some different people some balls,” Randall said. “What I did is what I did. I am moving forward from that.”

Randall also made headlines before the first matchup with Cincinnati, saying the Bengals would get their “a–” beat if standout receiver A.J. Green didn’t play. He missed the game and has since been placed on injured reserve. The Bengals will also likely be without No. 2 receiver Tyler Boyd, but Randall wasn’t in the mood to say anything provocative.

“We are just going to go out there and play football and do what we can to bring another win back to the Dawg Pound,” he said.

Randall hoped to make the Pro Bowl but didn’t despite four interceptions.

“I respect the guys that made it, and I am just going to say that my time is coming,” he said.

Landry was sad to hear that former Browns receiver Josh Gordon had taken a leave of absence from the Patriots and been suspended again by the league for violating terms of his reinstatement under the substance abuse policy.

“Our prayers are with him and his family and what he’s going through,” Landry said. “His personal health is above this game and I care about that much.”

Gordon is incredibly talented and holds the Browns record with 1,646 receiving yards in 2013. He’s been repeatedly sidetracked by drug use, but Landry hopes he can return to the field at some point.

“I wish and pray he can because he deserves it,” Landry said. “I know this game does a lot for people in both ways. And I just hope that he finds a way to get on the right track and get back on the field, because he’s one of those hella receivers that this game needs and loves watching him play.”

Strong safety Jabrill Peppers, who’s coming off the best game of his career, was added to the injury report with a stiff neck and didn’t practice. Interim coach Gregg Williams expected him to be fine for Sunday.