Commentary: Baker Mayfield for MVP isn’t such a crazy notion 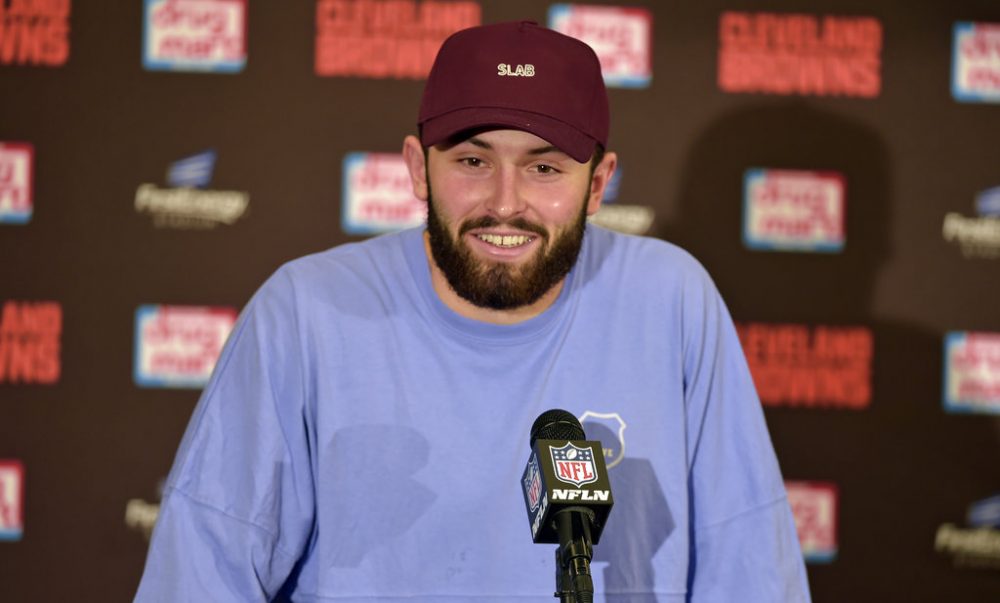 Baker Mayfield will not be voted the Most Valuable Player in the NFL this year — even though he grades exceedingly high if your definition of “Most Valuable” is the player in the league who was the most valuable to his team.

But none of them have thrown their team on their back the way Mayfield has.

Last year, as you may have heard, the Browns, without Mayfield, didn’t win any games. None. Zero. Oh-for-16. This year, with Mayfield, the Browns have won about half their games. They are 7-7-1, and if they beat the Ravens on Sunday they will have gone from a winless season to a winning season _ an astonishing turnaround _ with the biggest difference between the two teams being the arrival of Mayfield.

Then Mayfield rode into town and they’re 7-7-1.

By conventional measures probably not, but from strictly a won-loss impact on a franchise, what Mayfield has done this year is not just noteworthy, it’s historic.

One of those other quarterbacks — or perhaps a defensive player such as Aaron Donald or Khalil Mack — will justifiably win the MVP award, this year, but that doesn’t diminish the impact Mayfield has made in Cleveland.

The before-and-after history of recent franchise quarterbacks offers some interesting context to Baker’s excellent adventure in 2018. In 1997, the year before the Colts drafted Peyton Manning, their record was 3-13. In 1998, Manning’s rookie year, they were also 3-13.

Then there’s Aaron Rodgers and Ben Roethlisberger. In 2007 Rodgers watched Brett Favre take Green Bay to a 13-3 season. Rodgers took over the next year and the Pack got sacked: 6-10. The Steelers were 6-10 in 2003. Then they drafted Roethlisberger and immediately went 15-1.

With one game remaining in the regular season, the Browns’ winning percentage has jumped 500 points since Mayfield joined the team: from .000 in 2017 to .500 in 2018. That’s the second-highest winning percentage increase by any of the teams mentioned above in their before-and-after franchise quarterback arrival.

The only quarterback mentioned above who boosted his team’s winning percentage higher than Mayfield has this year is Roethlisberger. The Steelers’ jumped .563 points from the year before he arrived (6-10) to his rookie season (15-1).

While Mayfield won’t become the first Browns player since Brian Sipe in 1980 to win the MVP Award, he should be a strong candidate for Offensive Rookie of the Year. His chief competition seems to be Saquon Barkley, who has scored 14 touchdowns, but has had a negligible impact on the Giants’ won-loss record: from 3-13 last year to 5-10 this year. Mayfield trumps all that.

Could the Browns win another major award?

Hands please, at the start of the season who had Gregg Williams pegged for the NFL Coach of the Year?