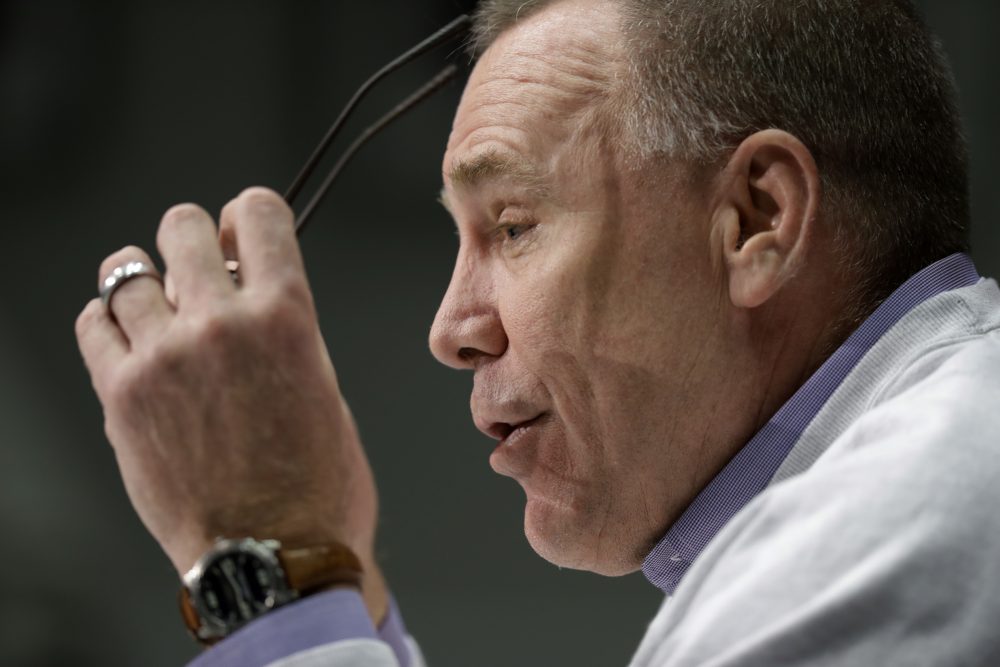 BEREA — General manager John Dorsey was off and running on the first official day of the Browns coaching search.

He’d been preparing and updating his candidate list since Hue Jackson was fired Oct. 29 and didn’t hesitate in the hours after the regular season ended Sunday with a 26-24 loss in Baltimore. He reportedly requested interviews with a handful of candidates and is interested in talking to others.

Dorsey off to fast start but plans to take time in deliberate, thorough search

Here’s a breakdown of the people connected to the job in the early-going of what’s expected to be an extensive search:

Scouting report: Went 125-77-2 with the Packers and worked with Dorsey for seven years. His background is on offense.

Latest news: The Browns have reached out to McCarthy, according to multiple reports, but NFL Network said an interview hadn’t been set up.

Dorsey comment: “I have a lot of respect for Mike McCarthy and for what he’s done.”

Bottom line: Has a lot of credibility after winning the Super Bowl in 2010.

Scouting report: Went 5-3 in interim role after taking over for Jackson. Was 17-31 as coach of the Bills from 2001-03. Was suspended by the NFL for the 2012 season for his leading role in the Saints’ bounty scandal.

Latest news: Dorsey said his interview will be Tuesday.

Dorsey comment: “He’s kind of got these guys believing, he’s brought them in together as one, he’s got them playing hard, that’s all you can ask for.”

Scouting report: Three-year starting quarterback at Alabama. Entered NFL as assistant in 2006 and has coached tight ends, quarterbacks and running backs. Had never been a play caller until promotion to coordinator Oct. 29.

Latest news: Dorsey said he earned an interview for the head coaching job but wouldn’t reveal the date.

Dorsey comment: “He’s moved the ball. He’s gotten the ball out of the quarterback’s hands quicker. He’s put some flair and different route combinations together that help out the quarterback. Overall he’s kind of moved the bar on the offensive side of the ball.”

Bottom line: Should be a hot coordinator candidate if he doesn’t get the head job here.

Current job: Was fired by Dolphins as coach Monday.

Latest news: Is linked to Browns by previous interest of owner Jimmy Haslam. Comes recommended by Peyton Manning. Had final say of the roster in Miami, which could be a hang-up with Dorsey.

Scouting report: Went 5-7 as interim coach of the Dolphins in 2015. Played tight end in the NFL for 10 years with the Giants, Cowboys and Lions. In third year with the Saints, the No. 1 seed in the NFC.

Scouting report: Longtime quarterbacks coach of the Colts during Manning’s career. Replaced Tony Dungy in 2009 and went to the Super Bowl in first season. Is 64-54 as a head coach, including four trips to the playoffs.

Latest news: NFL Network reported the Browns and Jets have interest in interviewing him. Already interviewed with the Packers.

Scouting report: The Hall of Fame guard went 22-26 in three seasons (2011-13) as the coach of the Titans. Has been with the Steelers the past five years.

Latest news: SiriusXM’s Alex Marvez reported the Browns are expected to talk to him.

Scouting report: Former Toledo linebacker and assistant coach (1992-2000) became Indianapolis’ defensive coordinator in 2018 after stints with the Cowboys and Browns. He coached linebackers in Cleveland under Eric Mangini in 2009-10.

Scouting report: Played linebacker at Boston College, joined the Patriots in 2004 as a scouting assistant and moved to the coaching staff in 2008. Coached safeties for four years and is in his third season coaching linebackers. Acts as the de facto defensive coordinator under coach Bill Belichick.

Latest news: ESPN reported the Browns requested permission to interview him this week

Bottom line: Receiving interest from a lot of teams

Scouting report: Former Mount Union receiver and defensive backs coach (2004-05) is in his first season as the coordinator. Worked as an offensive assistant with the Chargers and Chiefs.

Latest news: Multiple reports that the Browns requested an interview

Scouting report: Joined the Vikings in 2006. Started this season as quarterbacks coach before taking over as play caller when John DeFilippo was fired Dec. 11.