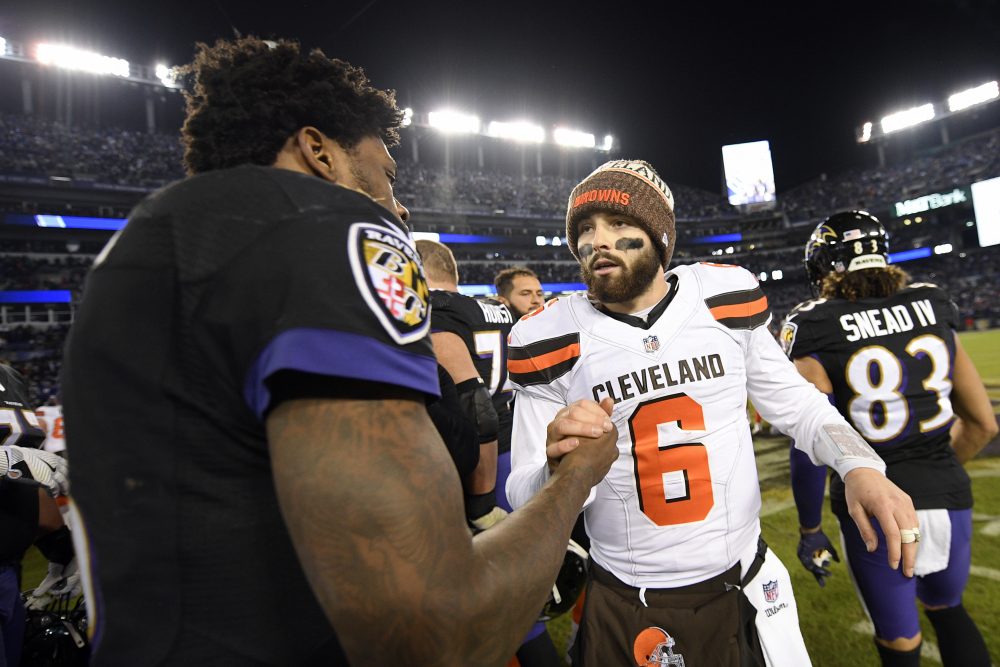 Browns fans have Baker Mayfield’s back.

When the rookie quarterback was fined $10,026 by the NFL for an indecent sideline gesture in the 26-18 win over the Bengals on Dec. 23, North Olmsted’s Johnathan Hillbery started a Gofundme.com account to raise money to pay the fine.

An update on the page noted the fans can’t pay the fine for Mayfield but the money raised would go to Mayfield’s favorite charity, Providence House. Its mission is to end child abuse and neglect.

“This isn’t actually for the fine… All money raised will go to a great cause in @provhouseCLE,” he tweeted. “Help our city out!!”

“Baker Mayfield tweeted about our campaign,” Hillbery wrote on the Gofundme page. “How awesome is that! I hope we can raise a ton of money to help out Providence House! This is so surreal and awesome that we can work together to do this for our community.”

With the Steelers’ season ending in turmoil after All-Pro receiver Antonio Brown didn’t play in the finale — All-Pro running back Le’Veon Bell sat out the entire season in a contract dispute — Landry took to Twitter to extend an invitation to the stars who seem disgruntled in Pittsburgh.

“I don’t know why it’s taken this long but I think it’s time for a three-way FaceTime call!!! @AB84 @LeVeonBell” Landry tweeted.

I don’t know why it’s taken this long but I think it’s time for a three-way FaceTime call!!! @AB84 @LeVeonBell

“Who else out there feeling under appreciated!!?” he tweeted. “Let’s Win A ChampionShip”

Who else out there feeling under appreciated!!? Let’s Win A ChampionShip

The Browns signed nine players from their practice squad to the reserve/futures list. This saves them a spot on the 90-man offseason roster.