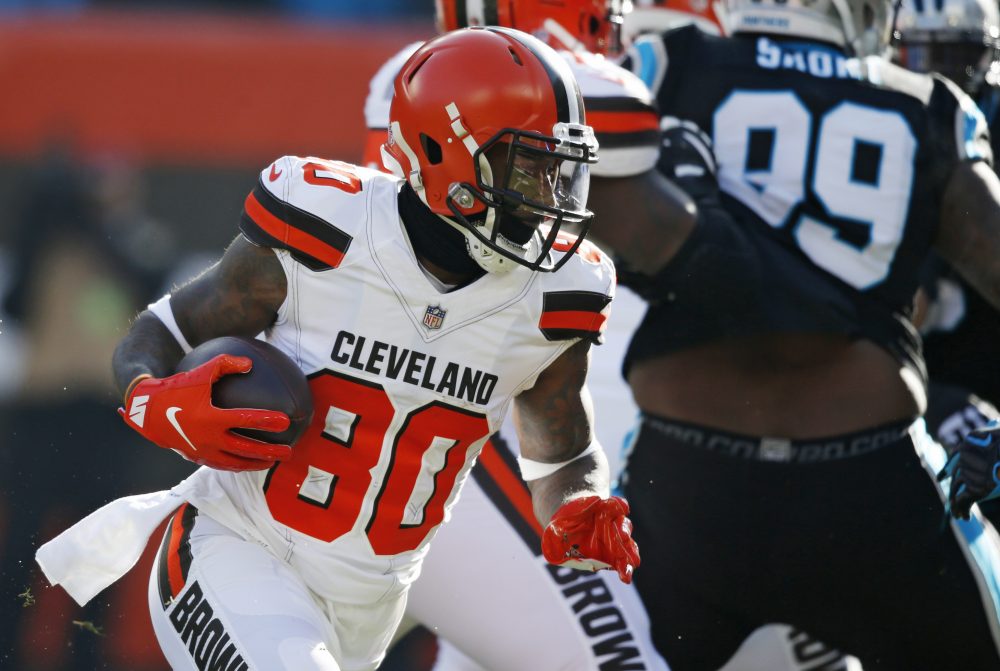 Four is the number for Browns receiver Jarvis Landry and the Pro Bowl.

“It’s always an honor to be named to the Pro Bowl,” Landry said Wednesday in the news release. “This is my fourth time going, but my first being able to wear the orange helmet and represent the Cleveland Browns. So this is very special for me.”

Landry led the team with 81 catches and 976 receiving yards, adding four receiving touchdowns. He rushed three times for 60 yards and a touchdown and completed a 63-yard pass and a 2-point conversion.

The 81 catches are tied for seventh in a season by a Browns player, third for a wideout.

Landry spent four years with the Dolphins before being traded to the Browns in March for a fourth-round pick in 2018 and a seventh-rounder in April. He signed a five-year, $75.5 million extension with the Browns.

Landry has at least two catches in his last 79 games, the second-longest active streak in the league.

Freddie Kitchens got a call from Alabama’s Nick Saban after he was named Browns coach.

Less than a week later, Kitchens dipped into his Alabama roots and took a coach from Saban’s staff.

Kitchens’ second coaching job was in 2000 as a graduate assistant for Saban at LSU. He played quarterback for the Crimson Tide in the mid-1990s.

Lupoi spent the 2018 season as Alabama coordinator after three years as outside linebackers coach. He also had the co-coordinator title in 2016-17.

He’s considered one of the top recruiters in the country.

The Alabama defense had eight new starters this year and finished the season ranked 16th in total defense, allowing 319.5 yards a game. It couldn’t stop Clemson in the 44-16 loss in the national championship, allowing 482 yards.

Wilks was head coach of the Cardinals in 2018 and Holcomb his coordinator. The defense ranked 20th in yardage (358.8) and 26th in scoring (26.6), while Arizona had the league’s worst offense.

Holcomb has spent the last six years working with Wilks, the first five as linebackers coach with the Panthers.

Holcomb was a college assistant for 14 years before jumping to the NFL in 2009 with the Giants.

He spent the last 11 years with the Packers, the final one as defensive pass game coordinator. He was a defensive quality control coach for a year before spending nine seasons as cornerbacks coach.

He didn’t survive the coaching change in Green Bay.

I 100% and whole heartedly vouch for joe Whitt jr for any team out there needing to fill their staff.. Great teacher, and coach, that players can trust.. hard to find that combo? @NFL @ESPNNFL @espn @AdamSchefter https://t.co/dZO8Vnvou8

Nine-time Pro Bowl defensive back Charles Woodson spoke out for Whitt on Twitter last week after the Packers let him go.

“I 100% and whole heartedly vouch for joe Whitt jr for any team out there needing to fill their staff..” he tweeted. “Great teacher, and coach, that players can trust.. hard to find that combo”