Baker Mayfield on late-night TV: James Corden, a blindfold, a tuba and an emu 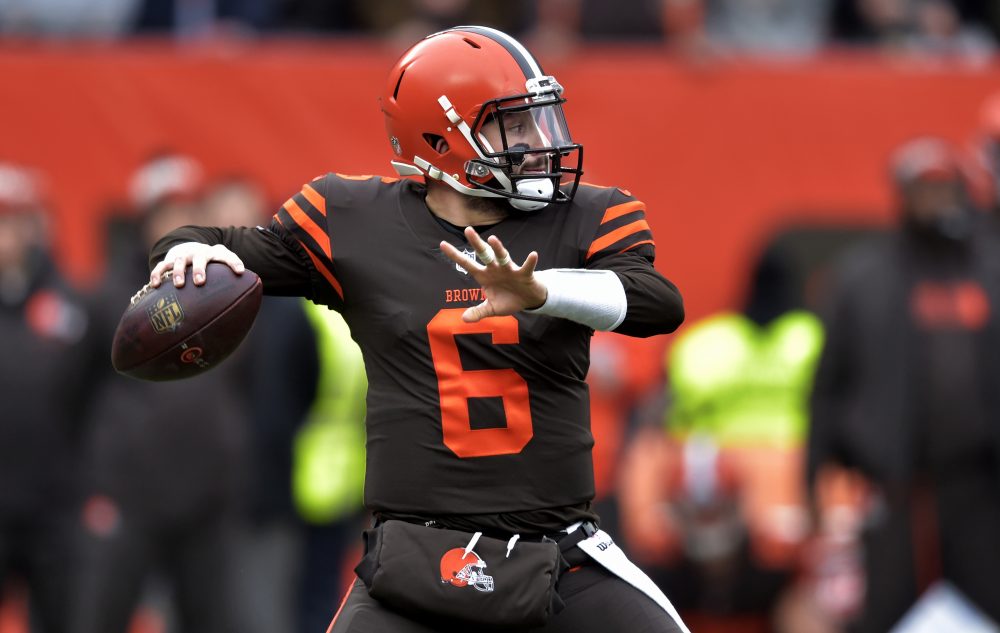 Baker Mayfield knows cotton candy when he feels it.

The Browns rookie quarterback appeared on “The Late Late Show with James Corden” early Thursday morning and played a game with the host in which both were blindfolded and had to guess what they were feeling using only their heads.

Mayfield was first to guess the member of the marching band carrying a tuba and was quick to identify the cotton candy.

The finale was an emu, and Corden won that matchup. Mayfield was a bit freaked out by the up-close interaction with the live animal but petted the emu after removing the blindfold.

Mayfield left Cleveland for Los Angeles after the season and has posted videos on social media of the great view from his new home in the hills.

He was named Rookie of the Year by the Pro Football Writers of America on Tuesday.