Commentary: Owners Jimmy and Dee Haslam showing signs they finally get it 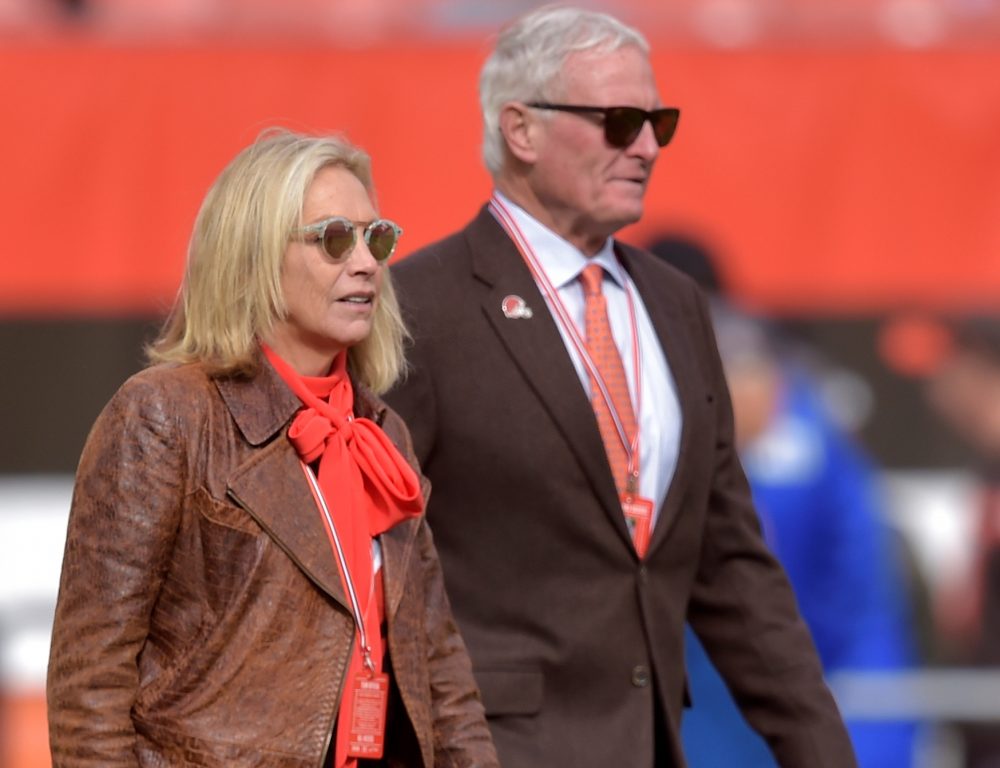 The comment, reportedly uttered within the Browns’ offices in Berea, was this: “We just don’t know what we are doing.”

That would be no big deal if it was attributed to the night cleaning crew, two guys installing a new toilet or interns charged with inflating some footballs.

But if it was the owner of the team who said it, then you’ve got yourself a big deal.

According to ESPN’s Seth Wickersham, in his unflattering Browns’ expose last week, it was Browns owner Dee Haslam who said it. She also, according to Wickersham, said this: “If we’d known how hard it would be, we never would have bought the team.”

The Browns, of course, deny it, as they should. Whatever. Whether or not Jimmy Haslam’s wife actually said those things is not the point. The first comment we already knew to be true, based on how the team has been run since the Haslams became the owners.

The second comment just expands upon the first, but it makes you wonder how much history would have changed had somebody sidled up to the Haslams before they wrote that $1 billion check to purchase the team and whispered, “Um, before you sign that check, just so you know, this is going to be really, really hard.”

Don’t you hate it when billionaires get blindsided?

Wickersham’s wet blanket arrives, ironically, when the Browns have become the emerging darlings of the NFL cognoscenti. A swaddled Baker Mayfield comes floating down the Cuyahoga River in a bamboo boat, football physicist John Dorsey splits the atom, Football Freddie Kitchens aphrodisiacs an entire dawg pound, and all of a sudden it’s fawning-room-only on the Browns’ burgeoning bandwagon.

They’ve become the most charismatic 7-8-1 team in NFL history.

The Browns are a thing again!

They haven’t had a coach jump in the lake for several months now, and the national media is smitten. Except for Seth Wickersham.

Everything, it seems, has changed. Everything, that is, except everything. The owners are still the same, and they still may or may not know what they are doing.

It was an encouraging sign that, as Football Freddie calls them, Mr. Jimmy and Miss Dee finally stepped aside and let the trained professionals find their new coach. Neither Haslam was on the dais at the Kitchens Coronation. Neither spoke formally at the proceedings. Both seemed willing, if not comfortable, being the richest potted plants in the room.

Now comes the hard part: staying in the background, out of the spotlight and in the shadows, as do the owners of most successful professional sports teams in this country.

Everybody can’t be Jerry Jones, not that he’s what any owner should aspire to be.

Better to copy the owners of the Golden State Warriors or the San Antonio Spurs, the Houston Astros, New Orleans Saints, Houston Rockets or Boston Celtics, whoever they all are — which is exactly the point.

Some of the best owners in sports are neither seen nor heard. The only time you see them is when some network somebody is presenting them with a trophy at the end of a championship season.

But perhaps there’s still hope. The hiring of Dorsey and the recommended (by Dorsey) hiring of Kitchens may be evidence that the Haslams intend to more fully commit to the hands-off approach to ownership, since the results of their hands-on approach speak for themselves. Gruesomely so.

Because once Elvis left the building, the Browns started cooking. Things started happening, all of them good. That late-October press conference/purge announcement, at which it was disclosed that you-know-who was no longer driving the bus, might have even been Jimmy Haslam’s ownership epiphany.

He was on the dais that day, and by deed, if not word, seemed to be saying “My bad,” to the masses for the messes he’d wrought over the previous three years, minimum. Maybe that was when the Haslams privately conceded to each other that they didn’t know what they were doing. That it was time to become the richest potted plants in the room.

Who knows? Perhaps they heard trumpets. But that could have been the tipping point. The one that hopefully changes their ownership style from that of Cosmo Kramer to Robert Kraft.

Because the key to becoming a good owner starts with knowing what you don’t know.

Offseason brings a strange emotion: Optimism
Commentary: Top rookie in the NFL? Baker Mayfield is that and so much more to the Browns