Analysis: I may be stubborn, but I’m picking against Patriots yet again. Rams 28, Patriots 27 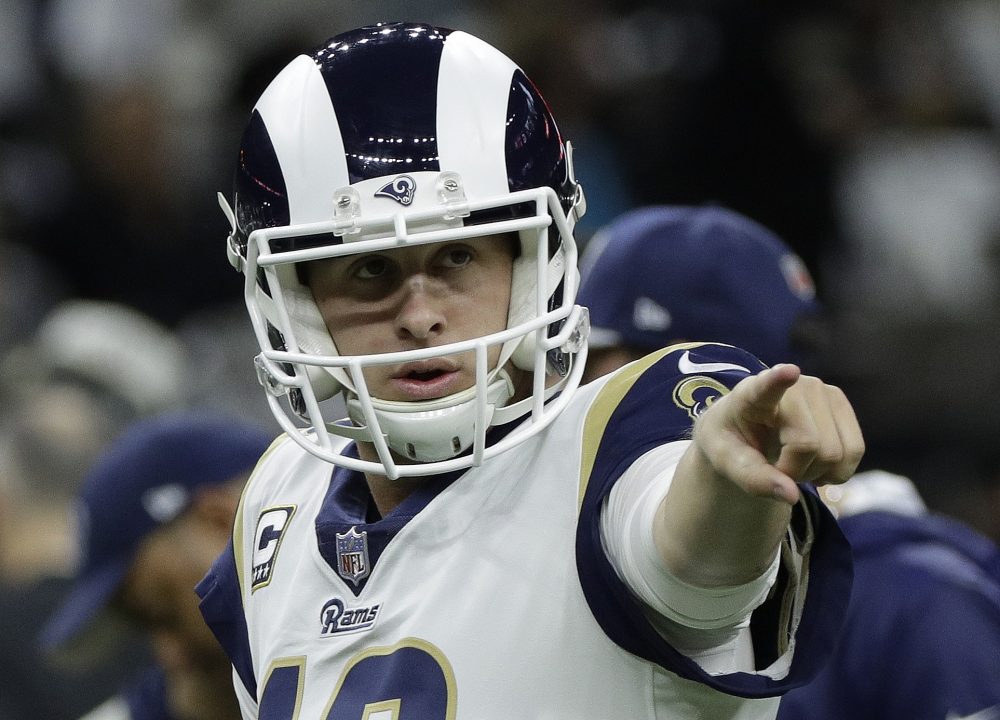 I predicted the Chargers would upset New England in the divisional round of the playoffs. They were outclassed and overwhelmed.

I predicted the Chiefs would end New England’s AFC dominance with a win in the conference title game. They put up a fight but succumbed like so many before them.

Would I be stupid enough — I’m going with stubborn — to pick against the Patriots one more time?

Of course, I would.

I’ve been blown away by what the Patriots have done in the postseason after a series of uncharacteristic rough patches during the regular season. The offensive line hasn’t given up a sack, the rushing attack has controlled the games and Tom Brady and Bill Belichick have been as dangerous and clutch as ever.

But I’m taking the Rams to win Super Bowl LIII. In a close one.

The Rams are less experienced but more talented.

Aaron Donald and Ndamukong Suh can dominate on the interior of the defensive line. Running back Todd Gurley and receiver Brandin Cooks are the best playmakers in this matchup. Quarterback Jared Goff looks like a rising star. And coach Sean McVay won’t be intimidated trying to match wits, game plans and adjustments with Belichick.

I’m well aware picking against the Patriots is dangerous, especially with Brady as motivated as ever despite being in his 19th season. Belichick and Brady have won five Super Bowls together. They could jump out to a big lead by confusing the Rams and taking advantage of their nerves, then hang on for No. 6.

I certainly see plenty of scenarios in which the Patriots prevail.

But I keep coming back to a Rams win.

Interior pressure is the best way to bother Brady, and that’s where Donald excels. A well-timed strip-sack could change the game.

I’m convinced McVay will find a way to get Gurley involved after the disappearing act in the NFC title game. I expect a great game plan and the Rams to score plenty of points.

The Patriots will score, too. But they can’t match the Rams’ quality and depth of talent across the roster.

I prefer stubborn over stupid.

Commentary: Top rookie in the NFL? Baker Mayfield is that and so much more to the Browns
Commentary: Signing Kareem Hunt was bold move by Browns