Mailbag: Is defensive end really a need? What about the DC hire? Do the Browns have to spend all their salary cap space? 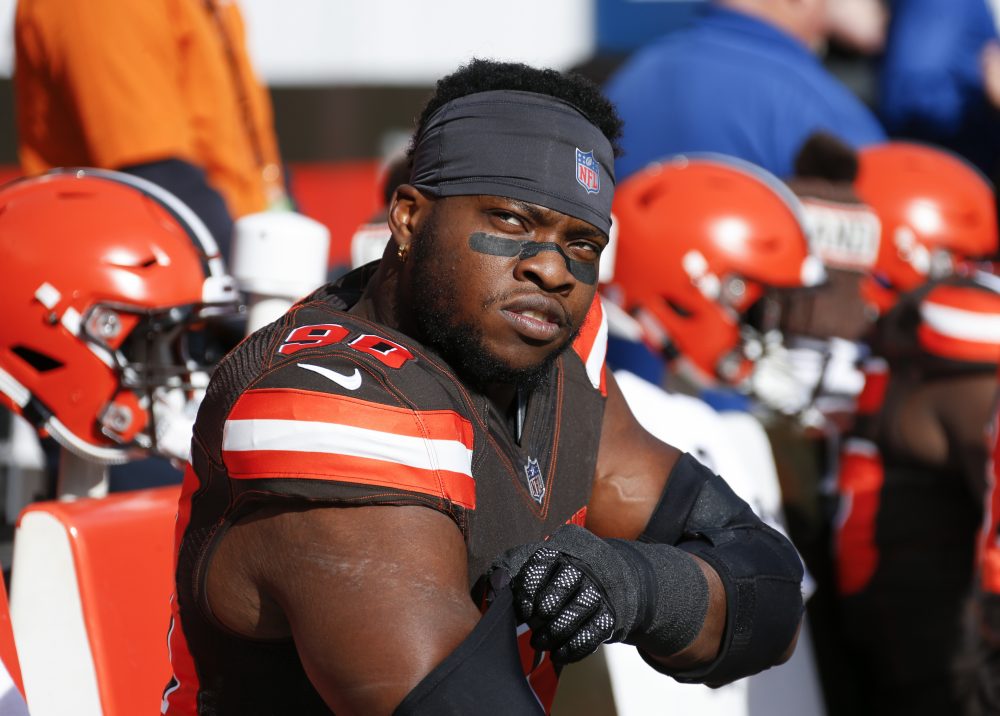 Q: Am I wrong for thinking that the Emmanuel Ogbah/Genard Avery duo complements Myles Garrett just fine. A rotation keeps them fresh, Ogbah’s size is strong on traditional run downs and Avery in the third-and-longer situations. Cornerback, defensive tackle and inside linebacker are much more urgent.

A: I get where you’re coming from but disagree. I think the Browns need a stud end on the opposite side of Garrett, preferably one with some experience to help Garrett reach his full potential.

Ogbah is a solid player, and general manager John Dorsey told reporters at the Senior Bowl he was used out of position as an inside rusher in 2018. But it’s been three years and I haven’t seen the impact I need from a No. 32 pick. Avery is a promising talent, but the pass rush is so important, I’m looking for a proven upgrade.

As for your more pressing needs, I would put defensive tackle at the top of the list, even before end. And I agree they need to add to the pile at cornerback.

Linebacker will be fascinating to watch. I’m satisfied with Joe Schobert at middle linebacker but understand an upgrade outside could be useful. I think Jamie Collins and Christian Kirksey have the necessary talent, but there’s no doubt they’ve been disappointing since signing big-money extensions. I’d be OK bringing them back for another year but expect Dorsey to make at least one significant change at the position.

Q: What would be an offseason without second-guessing? Steve Spagnuolo. Were the rumors true, Spags was in the bullpen warming up to interview for our vacant DC job while Steve Wilks was already interviewing? My late father would have picked Spags up at the airport. Now with Spags in KC at same position, it just seems like more arrows being thrown at Dorsey from KC?

A: I’m sure the Browns were interested in Spagnuolo if it didn’t work out with Wilks. Spagnuolo fits the profile new coach Freddie Kitchens desired in his coordinators and on his staff — veteran coach with head coaching experience.

I would’ve been fine with Spagnuolo as defensive coordinator, just as I am with Wilks . He runs an aggressive 4-3 scheme, is 10 years younger than Spagnuolo and should have a chip on his shoulder after getting fired after only one year as head coach with the Cardinals.

The Dorsey-Chiefs dynamic is interesting. I’m still stunned he didn’t try to interview Kansas City assistants Dave Toub and Eric Bieniemy and assume it has something to do with how his time ended there. If Patrick Mahomes and Baker Mayfield lead the Chiefs and Browns to perennial playoff appearances, this will be a fascinating rivalry to watch.

Q: Whatever happened to the cornerback we drafted out of Houston who got injured in his two first seasons? Is he still with the team??

A: You’re referring to Howard Wilson, the fourth-round pick in 2017. He’s still on the roster, but I wouldn’t hold out hope he’ll be able to return.

He broke his kneecap in rookie minicamp, then suffered a patellar tear during last offseason. Patellar injuries are among the most difficult to return from, especially at cornerback. It’s a sad story because he seemed like a promising player.

Q:
The Browns carried over a league-high $56.5 million in salary cap space to 2019. How much of that do they have to spend? Are they allowed to carry forward again?

Q: So they need to spend roughly 30 million more this offseason?

The 89 percent rule guarantees a certain level of spending, but the four-year time frame creates a ton of flexibility. When the Browns were cutting salary under Sashi Brown, he was never worried about reaching the floor, because there are easy ways to manipulate the figures.

And, yes, they can carry money forward again next year. They are expected to have about $80 million in salary cap space for 2019.

Q: Wondering if you realize how amazing it is that Aliquippa, Pa., has such a growing list of NFL HOF inductees? Mike Ditka, Tony Dorsett, now Ty Law, with Darrelle Revis on the way. Darrelle’s uncle, decorated DT Sean Gilbert, also from there. Probably forgetting another distinguished native or two. This is a town of only about 17,000.

Thought that merited some praise, even if it is not an Ohio town. Such info furthers the puzzlement I’ve long embraced about how lean has been the professional production of Lorain County residents, especially Lorain itself. Not that such a thing is necessarily a true indicator of anything substantial; but it is interesting, if only for contrast and contemplation.

A: The Aliquippa list is stunning. At some level, I think it speaks to the football culture in the community, as well as the fact that kids can easily see examples of success stories. I think that creates a sense of belief that even the biggest dreams can be fulfilled. It’d be like going to the same New Jersey high school as Bruce Springsteen and wanting to become a rock star.

I, too, think Lorain County should have more big-time NFL players. The number is slowly growing — Chiefs linebacker Anthony Hitchens probably tops the current crop — but the lack of true superstars in recent decades is puzzling.

Mailbag: Does the O-line need an upgrade? Trade up or down in the draft? Biggest needs in free agency?
Mailbag: What move would jump Browns to top of North? Who’s the can’t-pass-up player in draft? Why did John Dorsey give up on Jason McCourty?