Coordinators say they were drawn to Cleveland by young, talented roster, starting with Baker Mayfield 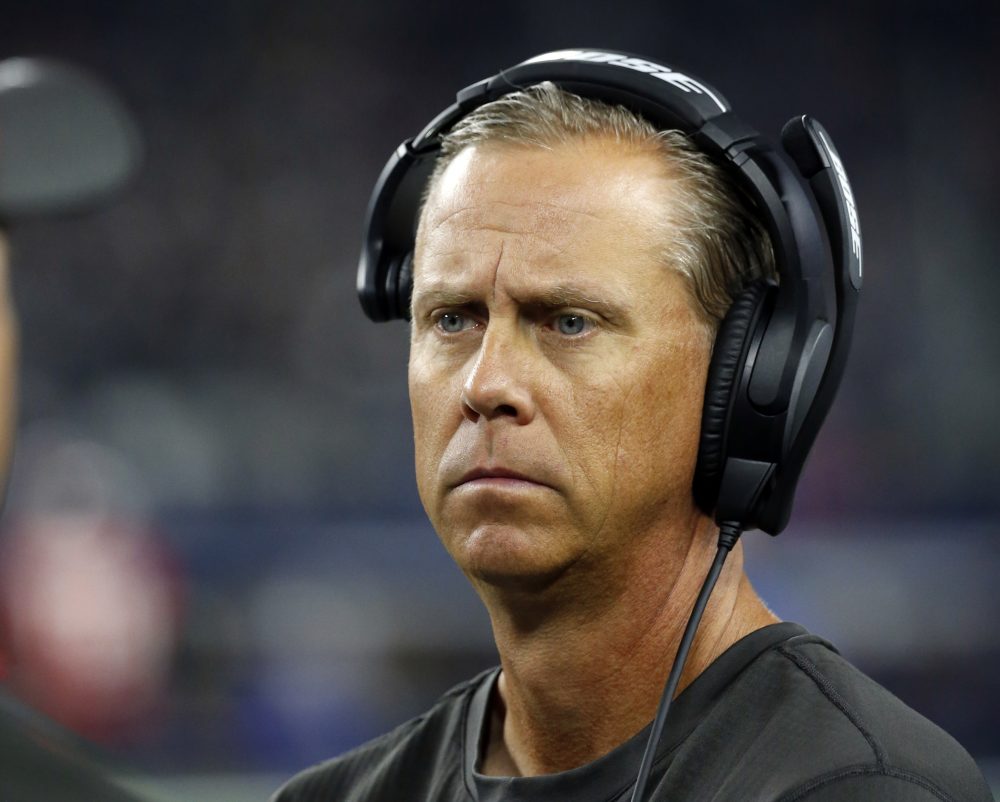 They had similar reasons. Namely the roster, led by quarterback Baker Mayfield, and the 5-2 finish in 2018 with Kitchens as offensive coordinator and play caller.

“In order of what I was looking for was opportunity to win and potentially a franchise quarterback, the right people and third was calling the plays,” Monken said. “When I watched what they did the last eight weeks of the year and how they went about it and organizationally, it was something that I wanted to be a part of.”

Monken interviewed for head coaching jobs with the Jets, Bengals and Packers. He didn’t get them and picked the Browns to be coordinator, despite Kitchens remaining the play caller. He sees a time on the rise.

“Fairly young and talented with a chance to catch a franchise ascending,” he said.

Wilks, who was fired after one year as Cardinals head coach, had other opportunities to be a defensive coordinator but interviewed with the Browns first and stayed. He called it a “no-brainer.”

“When you look at the personnel, not just personnel, but young personnel,” he said. “Then a former head coach, I think you’ve got to look beyond the defensive side of the ball and you can’t win in this league if you don’t have a quarterback and we have a quarterback. Not only do we have one, but we have one that I consider to be, from my studying, the things I learned from him coming out of college, he’s an alpha male, he affects not only the offensive side of the ball, but this team and that was very attractive coming here.

“When you look at Myles (Garrett), when you look at (Denzel) Ward, you look at (Jabrill) Peppers, young players that I think can have a major impact on the defensive side of the ball, it’s very exciting. And you look at the direction, with Dorsey and how he’s building this team and the things that he’s doing and Freddie, young, energetic, new head coach, excited about the things he’s trying to do, it was good, it’s a good fit for me.”

Priefer spent the last eight years with the Vikings in the same role and had an offer to return but liked what he saw in Cleveland.

“Huge opportunity, a great time to be a Brown with the team that we have,” he said. “When I came here and met with John, met with Freddie and was around the organization, the excitement and the buzz in the building right now, this is where I really wanted to be.”

The respect for the roster starts with Mayfield, who set the NFL rookie record with 27 touchdown passes. He and Monken just met and won’t be able to work together until April.

“Obviously, on film, it is easy to see his skill set, his ability to make plays outside of the pocket and what he brings to the team in terms of mental toughness and the leadership — he inspires others to play around him and he holds himself and others to a high standard, which is where it has to start at quarterback,” Monken said. “I am excited to get started. Unfortunately, it will be a couple months away, but it is an exciting time.”

Baker Mayfield says he’s motivated, will be “better in the long run” after not winning Rookie of Year
Browns give Kareem Hunt second chance, hope he stays inbounds (UPDATED)