Mailbag: What move would jump Browns to top of North? Who’s the can’t-pass-up player in draft? Why did John Dorsey give up on Jason McCourty? 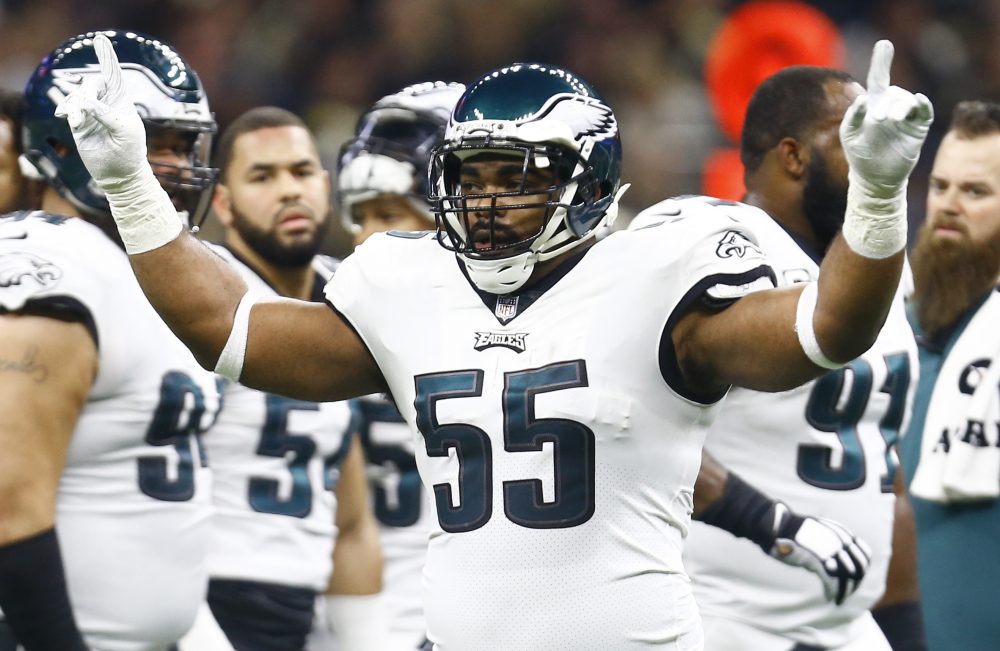 Q: Haven’t been this excited about the Browns since the mid-’80s. I think the playoffs are a realistic expectation. Give me the one move the team could make to put them atop the AFC North.

A: The only move that would guarantee the Browns jump to the top of the division would be the retirement of Steelers quarterback Ben Roethlisberger. Pittsburgh certainly seems vulnerable with the expected departures of running back Le’Veon Bell and receiver Antonio Brown, but the assumption of their demise is premature as long as Roethlisberger remains.

But that’s not what you’re looking for. So I’ll stick to the Browns.

I’m tempted to say trading for Giants receiver Odell Beckham Jr. because I would love to see Baker Mayfield surrounded by more talent. But I think the combination of draft picks required to acquire Beckham and his contract would be too high a price to pay.

I’m going to focus on the defensive line. While I don’t believe any one move would be enough for me to push the Browns ahead of the Steelers — coach Freddie Kitchens and Mayfield still have a lot to prove — I’m all-in on signing Eagles defensive end Brandon Graham in free agency. He’s still highly productive, would be a great bookend to Myles Garrett and would help mentor the young stud. The pass rush needs an upgrade and he would provide it.

I’m going to say the top defensive linemen. Not simply because end and tackle are positions of need, but because the consensus among the experts is the best players in the draft are D-linemen. So even if the Browns were to sign Brandon Graham in free agency, I believe general manager John Dorsey would still take Ohio State end Nick Bosa and Kentucky end Josh Allen if he had the chance. The same holds true with Houston tackle Ed Oliver and Alabama tackle Quinnen Williams.

Q: I heard you on 92.3FM say that John Dorsey couldn’t wait to get rid of Jason McCourty last year. Why did you make that statement? I am a believer in John Dorsey, but I don’t know if you follow Pro Football Focus, but for the 2017 season he was rated in the top 10 cornerbacks in the league before his injury and when he came back his rank for 2017 fell to 28th. Still a very good showing and none of his numerous pickups in the defensive backfield had very high ranks. Then in 2018 PFF had Jason McCourty ranked sixth. I look forward to your comments.

A: First of all, thanks for listening. I hope you enjoy the “Thunder Road” intro they often play before I join.

The reason I said that about McCourty is because Dorsey planned to cut him at the start of free agency in 2018 — the team had confirmed it — before the Patriots offered a sixth-round pick in exchange for McCourty and a seventh-rounder. So his value was a few spots at the bottom of the draft.

We can argue whether it was the right move by Dorsey, especially after McCourty made perhaps the play of the Super Bowl with a pass breakup in the end zone. But Dorsey has been open about what he perceived as a severe lack of speed at cornerback when he took over in 2017, and McCourty was part of that — despite the solid PFF rankings.

To be fair, McCourty seemed fed up with former coach Hue Jackson by the end of 2017 and that may have played a role in the trade. But I think Dorsey believed free agent acquisitions TJ Carrie and Terrance Mitchell were upgrades.

Q: What high-talent (Round 1 talent), questionable character or recently injured WRs are in this draft that #InDorseyWeTrust is eyeing for the Browns in midround picks?

A: Looking for the next Tyreek Hill or Antonio Callaway, huh?

I’m still in the early stages of my draft research so there may be other candidates, but Colorado State’s Preston Williams seems like a fit for your criteria.

He was suspended in 2017 and pleaded guilty to a harassment charge after he allegedly shoved a former girlfriend multiple times during an argument, and was arrested again three weeks later after violating a restraining order issued after the first arrest. He also transferred from Tennessee. But he’s 6-foot-4, 210 pounds and caught 96 passes for 1,345 yards and 14 touchdowns in his lone season at Colorado State. He may not have first-round talent but he’s certainly an intriguing prospect.

Oklahoma’s Marquise Brown recently had Lisfranc surgery, but he’s expected to be ready for training camp and isn’t likely to fall far. If he did slide, the Browns could be ready to pounce.

Mailbag: Is defensive end really a need? What about the DC hire? Do the Browns have to spend all their salary cap space?
Mailbag: Does John Dorsey have another big trade up his sleeve? How many picks will Dorsey make? Is Clay Matthews a fit?