Takeaways from Day 4 at the scouting combine 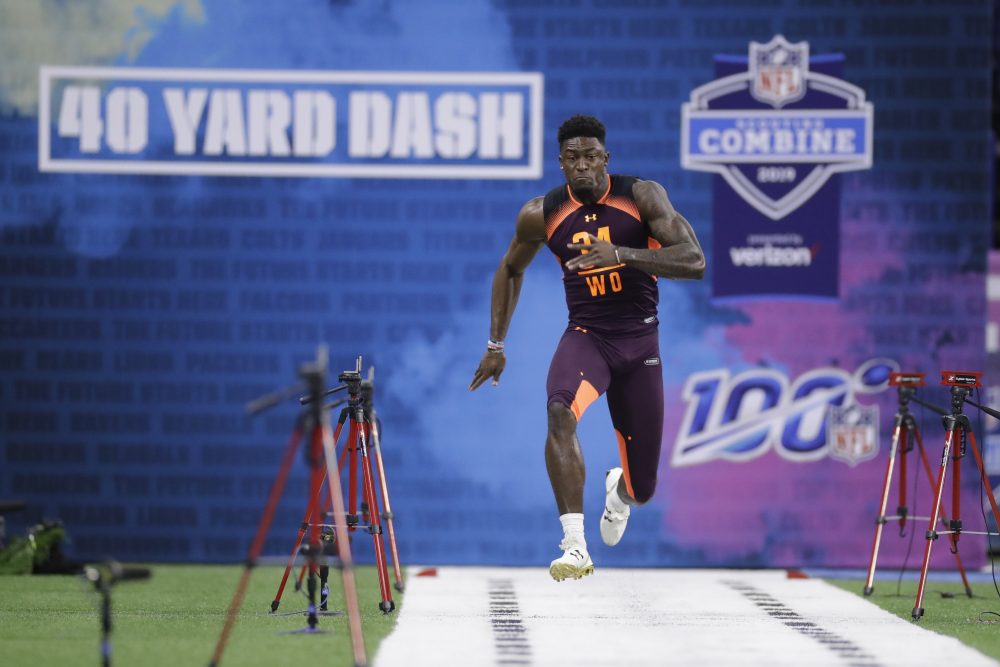 TOP STORY: Mississippi receiver DK Metcalf solidified his spot as a star of the combine. After measuring in at 6-foot-3 3/8 and 228 pounds with 1.6 percent body fat, he ran a 4.33-second 40-yard dash.

That’s moving for anyone. It’s flying for a man that big and strong. It’s the fastest time for someone at least 225 pounds since 2003, according to NFL Network.

Metcalf cried after seeing the time. He also had a 40.5-inch vertical jump.

“I’d like to have a 6-3 guy that can run 4.3,” Browns general manager John Dorsey said earlier in the week. “I’ll take that every day, but you’re not going to get those guys.”

He probably won’t get Metcalf. Originally thought to be a middle-of-the-first-round pick, the workout could send him into the top 10.

GOOD AND BAD: Clemson defensive end Clelin Ferrell was raised by military parents and he’s the youngest of nine siblings. He gave the same scouting report for both situations.

“A gift and a curse,” he said with a big smile.

HE SAID IT: “Me and Myles Garrett? Are you serious? Come on, now. It would be one-two punch on them.” — Houston defensive tackle Ed Oliver on the possibility of being drafted by the Browns.