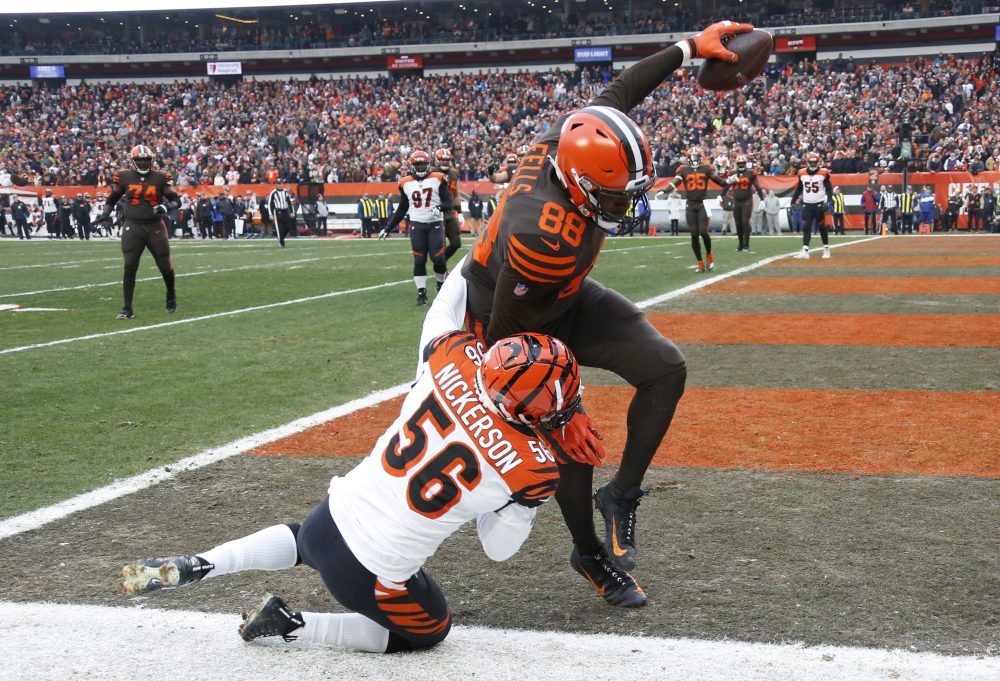 The Browns will release tight end Darren Fells, a league source confirmed to The Chronicle-Telegram on Sunday.

Profootballtalk.com was first to report the impending move, adding the Browns tried to trade the veteran but weren’t able to find a taker.

Fells, 32, was solid in his only year with the Browns but is considered more of a blocker than a receiver. With new coach Freddie Kitchens and new coordinator Todd Monken in charge of the offense, a change was desired.

The Browns have Seth DeValve and unproven Pharaoh Brown behind starter David Njoku and would be expected to add another tight end or two through free agency and/or the draft. The draft is deep at the position.