Baker Mayfield excited to have Odell Beckham Jr., embraces his powerful personality: “You don’t want to tame it” 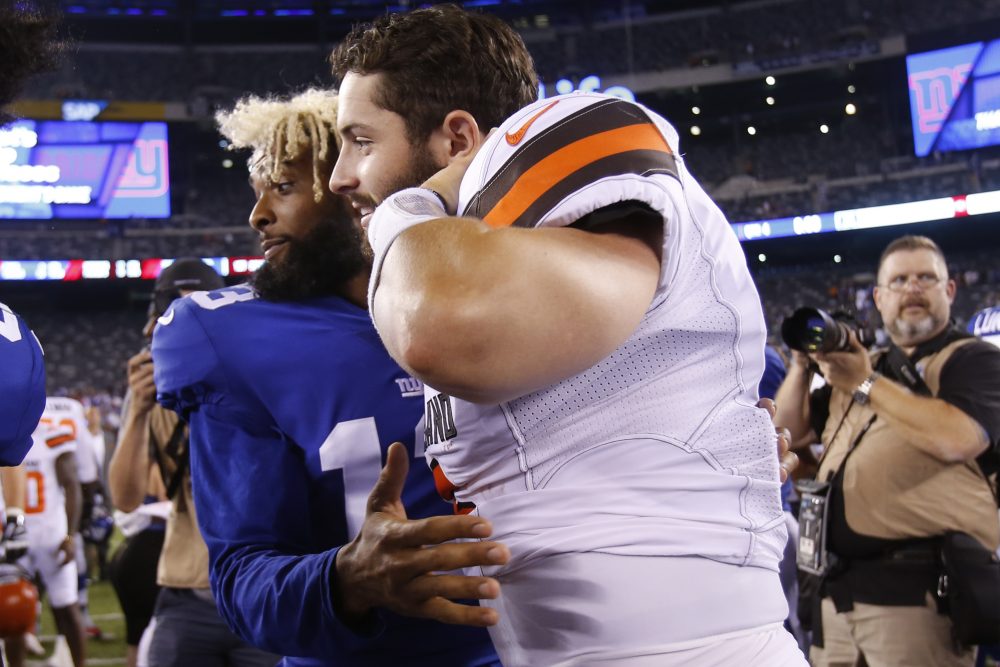 So he’s more than happy to welcome receiver Odell Beckham Jr. and his powerful personality.

“You could say the same thing about (my personality). You don’t want to tame it,” Mayfield told baseball writers Friday as he visited Milwaukee Brewers spring training in Phoenix. “You just let them be themselves and make plays. That’s who they are. When it comes down to it, the guys in that locker room, you’re going to love playing with them.”

Beckham, a three-time Pro Bowler with four 1,000-yard seasons in five years, gives the Browns a true No. 1 receiver that is so difficult to attain. He joins Jarvis Landry, a longtime friend, former college teammate and four-time Pro Bowler.

“It’s going to be exciting,” Mayfield said. “We’ve got two LSU Tigers we’re throwing to and, obviously, we have a lot more talent, too. So it’s going to be a thing where you pick your poison.”

“It’s an exciting time in Cleveland…I know exactly who OBJ is.” —@bakermayfield

The Giants traded Beckham as part of the blockbuster deal less than seven months after giving him a five-year, $90 million contract in August. A source told SNY it was because he had “become too much of a pain in the a–.”

Beckham had a series of outbursts with the Giants, including getting suspended for a game after drawing three personal fouls in a feud with Carolina’s Josh Newman, hitting the kicking net on the sideline and punching a hole in a wall after a playoff loss. He had a history of distractions and strained relationships with some in the organization, especially after failing to support quarterback Eli Manning in an interview with ESPN.

“I know Odell is very passionate, know he is competitive and I know he can help this football team,” Browns general manager John Dorsey said Thursday. “If you can get the chance to acquire a guy like that, you know what? Take a shot at him.”

Beckham reacts to huge trade: “It’s exciting to be a part of something special”

Mayfield already has a relationship with Beckham and said he has all the inside information he needs from Saquon Barkley and Sterling Shepard, Beckham’s former teammates.

“I know exactly who OBJ is inside the locker room and who he is to his teammates,” Mayfield said. “That’s the most important thing. People can have their attitudes and perspective on it, but he’s himself, and he also has his teammates’ backs.”

Mayfield told reporters baseball was his first love and that he used to play third base. He took batting practice, showing off his left-handed swing.

Soon enough he’ll be back to football, as the offseason program begins April 1 under new coach Freddie Kitchens. He knows what to expect from the rabid fan base that remains on cloud 9 after the trade for Beckham.

“An exciting time in Cleveland, absolutely,” Mayfield said. “The fans there, after having a decent year (7-8-1) — nothing that we were really too happy about — were unbelievably satisfied. But now, I can’t even imagine. I haven’t been back yet, so it’s going to be really exciting to go back.”

Clemson DT Christian Wilkins excelled in classroom, on field, says he can help with improving Browns culture
Baker Mayfield takes turn as Brewers first base coach, has a blast, stays out of harm’s way