Commentary: Browns have a diva in OBJ, and who can look away? 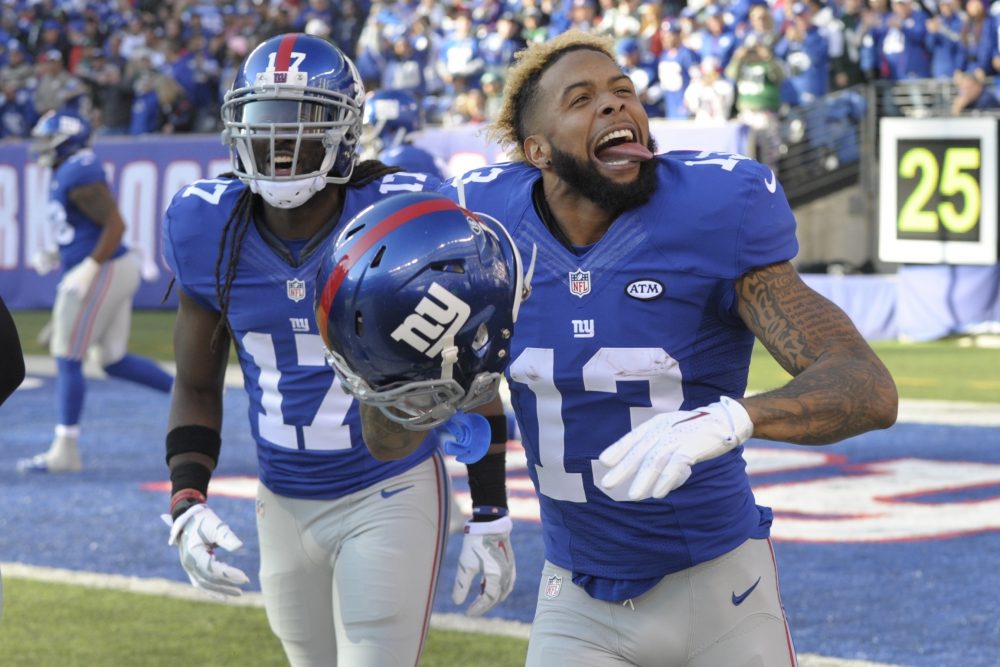 Finally, the Browns have a diva wide receiver!

Is that not a perfect name for a diva wide receiver, or what? It’s long-winded, it’s unique — Odell? — and it’s regal sounding.

Personally, if I was OBJ, I would have gone with Odell Beckham II or Odell Beckham III or the IV. Who cares? I’m a sucker for Roman numerals, and when it comes at the end of a name, it makes that person sound even more important than he already thinks he is — if that, when it comes to diva wide receivers, is even possible.

Baker Mayfield excited to have Beckham, embraces his powerful personality

But I can understand why Odell wants to end it like Beckham Jr. Because otherwise, we couldn’t refer to him as OBJ. As those of us who have studied the science of diva-tude know, the next-best thing to being known simply by one name instead of two is to be known by three letters, all caps.

Or maybe it’s vice versa. I forget. Because studying divas can mess with your mind. Just ask the many quarterbacks who have had to make their living by throwing, or not throwing, to one.

The diva wide receiver is a unique phenomenon found only in football. Think about it. There’s no such thing as diva utility infielders or diva power forwards.

The same holds true outside the world of sports, but inside the world of corporate America. You never hear someone being referred to as a diva comptroller, a diva physicist, a diva bus driver or a diva dog sitter.

Divas are found only in football, or in opera. Isn’t it funny how often those two professions are linked?

In opera, the diva is also sometimes called a prima donna, which the dictionary I use defines as “a vain and overly sensitive person who is temperamental and difficult to work with.”

But it says here that we need diva wide receivers in football because, I don’t know about you, but for me, nothing beats a nice, prolonged sideline tantrum thrown by a grown adult who is upset that another grown adult won’t throw him the ball.

I mean, nothing is more American than that. Am I right, America?

You never see long snappers or nose tackles throwing tantrums on an NFL sideline. Only receivers. Diva wide receivers. Nothing says something truly important is going on more than when helmets and Gatorade containers are flying all over the place on an NFL sideline. Personally, I’d like to see a little more of that by the divas in the opera. Might help attendance.

What’s most interesting about Browns general manager John Dorsey deciding to trade for one of the great diva wide receivers in the game is that this means Dorsey must enjoy watching sideline tantrums as much as we do.

The species is a relatively modern one, which coincides with the rise in the last several years of everybody in the world thinking they are more important than everybody else in the world.

On the other hand, to be a true diva wide receiver, you need to be a man’s man. You need to be able to catch a firmly thrown football with either hand or (primo diva division) no hands, while trying not to be distracted by the knowledge that you may be seconds away from suffering a ruptured spleen.

There aren’t many of us who can do that. So, I don’t know about you, but I have no problem enjoying the tantrums and extensively choreographed touchdown celebrations by those who can. I say they’ve earned a little “me” time.

Sure, diva wide receivers are selfish, arrogant, fabulously wealthy showmen. But we endure the attitude and tantrums in exchange for the celebrations. Because the show must go on, and are there any diva offensive guards or diva nose tackles? Heck no. Who cares about those guys?

You can tell Dorsey is a fan of good theater. Already this offseason he’s traded for an Olivier (Vernon), and traded for a diva. This has the makings of a tremendously dramatic Browns season. The fact that the conductor of the orchestra is named “Freddie” is just icing on the cake.

So here’s to you, John Dorsey. You’ve already filled virtually all the holes on the Browns roster, including the most important one of all:

Commentary: Freddie Kitchens has all he needs, he just can’t screw it up
5 guys in the spotlight with offseason program set to begin