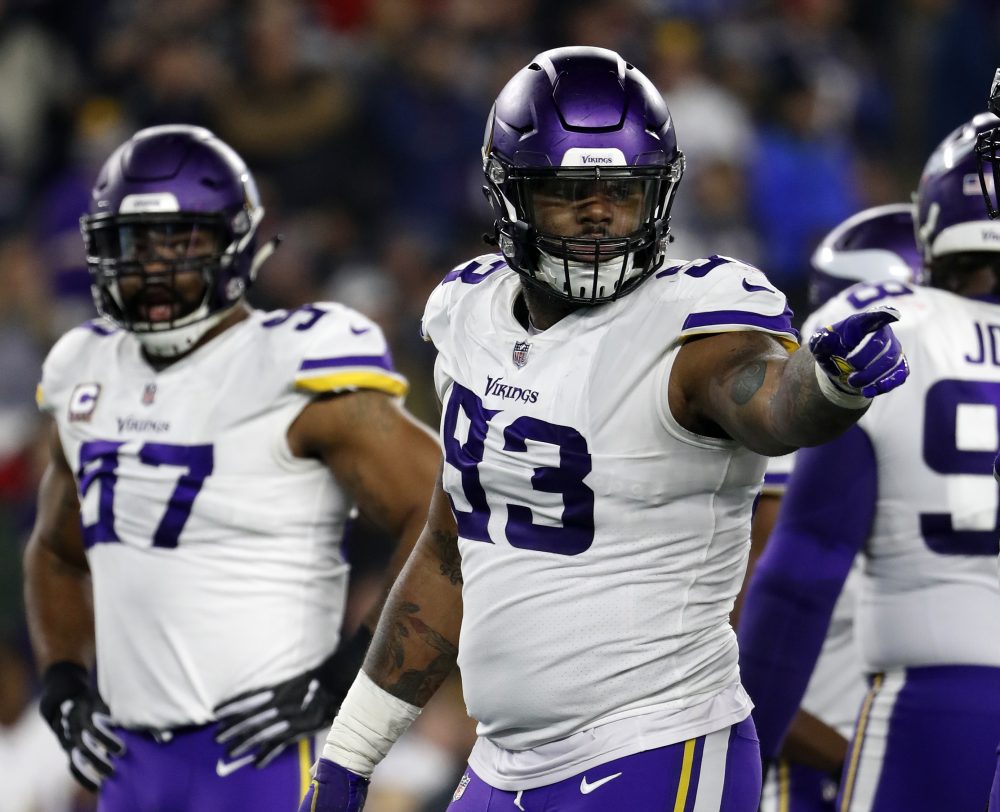 Sheldon Richardson has been searching for a “home” since being traded by the Jets before the 2017 season. After four years with the Jets, the team that drafted him No. 13 in 2013, he bounced to the Seahawks for a season and then the Vikings for a year.

He believes he knows the reason.

“It is easy — me getting into trouble after my second year in the league,” he said Thursday on a conference call. “I guess they thought that the spotlight was too big for me or my maturity level was not where it needed to be or whatever. I just never really had a chance to make it a home.

“Cleveland was the one who gave me my chance, and I am going to make due of it, period.”

The Browns provided a cushy landing spot with a three-year, $36 million contract as their signature free agent addition. As a disruptive (in a good way), playmaking defensive tackle, Richardson (6-foot-3, 295 pounds) addressed the team’s biggest deficiency.

General manager John Dorsey is a big believer in second chances. Giving Richardson, 28, a multiyear deal isn’t on the same level as signing running back Kareem Hunt after he pushed and kicked a woman. But Richardson felt like the league looked at him with skepticism after he was arrested following a dangerous traffic incident in which he was cited for going 143 mph and resisting arrest in July 2015.

“I am not a bad person because I made a bad mistake or just because I made a mistake does not make me a bad person,” he said. “Me personally, I have been past it for a while now. It is just that every time I get traded to another team, something there pops up. I just have to carry light luggage. That is how I look at it.”

The police report stated Richardson was joined in the car by a 12-year-old relative and two adults. He was racing, had a loaded gun and a smell of burned marijuana was noted. Richardson pleaded guilty to resisting arrest, a misdemeanor, and was sentenced to two years of probation and 100 hours of community service. He was fined $1,050 for four traffic violations — speeding, following too closely, failing to use lights and failing to obey a traffic signal.

He was suspended for the first game of the 2016 season by the NFL for violating its personal conduct policy.

While he isn’t beating himself up over the episode, he did say he’s matured.

“Definitely have. Things back then that impressed me do not impress me now,” he said. “I have a daughter now so I can’t be doing 150 on the highways anymore. I have a little bit more to live for than just myself now.”

Richardson was asked what it’s like going that fast in a luxury car.

“People have branded me that way in the media, all across that people have been saying that I should not be in the league anymore and all of that. Hey, it is what it is. I never have really tried to impress anybody but myself. You can’t live like that these days. They think you are different.”

The candor was welcome, but what was his other option for an answer?

“My politically correct answer would be I just made mistakes that I won’t make again,” he said.

Richardson was also suspended for four games in 2015 for violating the league’s substance abuse policy. He admitted to failing drug tests for marijuana.

When he’s been on the field he’s had a positive influence.

He was named NFL Defensive Rookie of the Year, then made the Pro Bowl the following season after a career-high eight sacks. He’s started 87 of 89 games with 23.5 sacks, 49 tackles for loss and six forced fumbles. Last year in Minnesota, playing on a one-year deal worth $8 million, he started all 16 games and had 4.5 sacks, six tackles for loss and 48 tackles.

“Sheldon is a really fine football player, especially from the interior part of the line,” Dorsey said Thursday. “I think in today’s football, if you can have an interior defensive lineman who can apply pressure on the quarterback, that is all you can ask for. That is the way the game is kind of going.”

Richardson joins Larry Ogunjobi at tackle and they’ll be bracketed by ends Myles Garrett and Olivier Vernon, who was added in the blockbuster trade that brought receiver Odell Beckham Jr. Richardson called the line “pick your poison” for opposing offenses, and the foursome will be counted on to boost the Browns’ total of 37 sacks that tied for 22nd in 2018.

“The foundation for a football team is offensive and defensive line,” Dorsey said. “You can’t have enough talented football players on your team, especially on the defensive line. Having the ability to acquire these types of players will help us be a better defense moving forward.”

Richardson is strong, quick and athletic, allowing him to get into the backfield against the run and the pass. His personal scouting report included “disruptive,” “never stops,” “selfless” and “makes everybody else around him better.”

“I do things here and there that might not show up on the stat sheet, but I definitely, definitely feel like I am still one of the elite D-linemen in the league,” he said. “I just have not had a chance to find a home yet. I think that I have found it here.”

Richardson spent three seasons sharing New York/New Jersey with Beckham, said he saw him in clubs a few times and called him a “cool dude.” Richardson had already agreed to sign with the Browns when the trade happened, and called it “insane.”

“They wanted me. It was more than one year. That definitely was one of my big, big things,” Richardson said. “I wanted to find a home and make myself a dominant force in one organization and not just get passed around.”

Baker Mayfield takes turn as Brewers first base coach, has a blast, stays out of harm’s way
Pressure’s on Austin Corbett and John Dorsey after trade of Kevin Zeitler, but Joel Bitonio says Corbett working hard to handle job