Analysis: Anticipation for start of offseason program is welcome, and Browns’ status as AFC North favorite is warranted 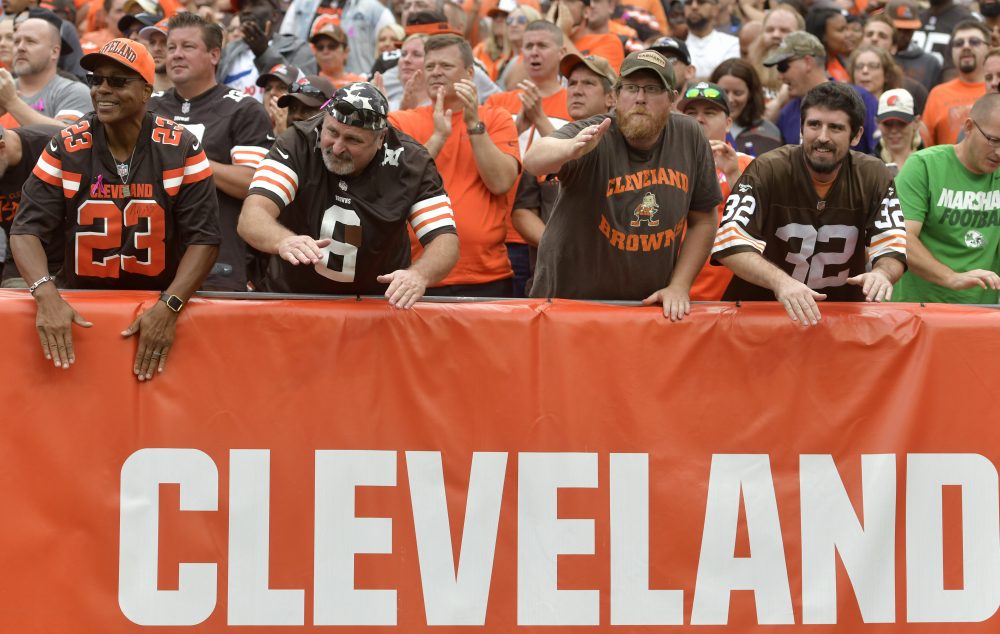 Browns fans have always been an excitable bunch, but I can’t remember more anticipation at the start of an offseason program.

Freddie Kitchens will welcome and address the players for the first time as head coach Monday morning at team headquarters. It signals the start of a season that won’t really begin until Sept. 8.

Baker Mayfield reporting for Year 2 would normally be the headline.


Superstar receiver Odell Beckham Jr. is expected to join his new teammates and speak to reporters for the first time following the trade that rocked the NFL. In one of the biggest deals in franchise history, the Browns added a dynamic playmaker who makes the exceptional look routine. He’s also the NFL’s most popular player, based on social media followers.

Kitchens eager to get to know, coach Beckham; other notes

The excitement isn’t just about a player or two. For the first time in more than a decade, the Browns appear poised to contend with the NFL’s best and make a run to the playoffs.

The fans began to make that leap during the 7-8-1 2018 season, but their optimism has been misplaced before. At the first hint of success, the diehards take their Kosar jerseys to the dry cleaner and make their hotel reservations for the next Super Bowl city.

The optimism is admirable. Despite the frustration, anger and occasional apathy of the last 20 years, most fans want to believe and will cling to the slightest hint of competence.

Their hope and passion haven’t been rewarded.

The most recent letdowns followed the 2007 and 2014 seasons. The Browns won 10 and seven games, respectively, and fans saw them as springboards to greater success.

The 2008 offseason is the most painful example. The Browns won 10 games in 2007 and the future appeared bright with a core of young Pro Bowl playmakers in quarterback Derek Anderson, receiver Braylon Edwards and tight end Kellen Winslow.

We all know what happened. None of those three made another Pro Bowl, the team success was a mirage and the Browns haven’t had a winning record since.

The optimism is back, and it’s palpable. And this team has a different feel to it.

I’m conservative by nature and wasn’t ready to declare the Browns ready to assume the throne in the AFC North after last season. I remained hesitant when the Steelers lost All-Pros Antonio Brown and Le’Veon Bell early in the offseason.

It took general manager John Dorsey working his magic yet again to convince me.

Within a few days he stole Beckham from the Giants and turned the defensive line into a force. End Olivier Vernon also came from the Giants — Dorsey got playmakers at receiver and end and only had to give up a solid guard in Kevin Zeitler, an underachieving safety in Jabrill Peppers, the No. 17 pick and a late third-rounder — and tackle Sheldon Richardson signed as a free agent.

I agree with Las Vegas. The Browns are the favorite in the North, surpassing the Steelers and the defending champion Ravens.

The Browns look like they finally have a quarterback, and they no longer have gaping holes across the roster. The offense should be the most dangerous in the division, and the defense solid with a front four that has the potential to dominate.

“They’re the most talented team in the division,” he said of the Browns. “There’s no question about that right now. And we’ll see what that means, you know?”

What Harbaugh left unsaid is that Kitchens and Mayfield remain largely unproven. Kitchens has never been a head coach at any level, and Mayfield wouldn’t be the first quarterback to regress after a mesmerizing rookie year.

They have plenty to prove, but neither seems burdened by the expectations. Mayfield will address them Monday. Kitchens did last week.

His demeanor could certainly change with a loss or two in the fall, but he’s saying the right things in the spring and appears to have the perfect attitude as the franchise tries to leave its recent misery in the past.

So it’s OK for fans to be excited. It’s OK to be optimistic. It’s OK to put money away for playoff tickets.

The season is more than five months away, but the Browns belong as the favorite in the division. If they deliver on the promise, that means a home playoff game, something that hasn’t happened in Cleveland since Jan. 1, 1995.

Imagine the excitement level for that.

5 guys in the spotlight with offseason program set to begin
NFL Draft: GM John Dorsey remade front four in March but has plenty of options to keep adding to D-line