Baker Mayfield goes after Colin Cowherd after he says Odell Beckham Jr. doesn’t want to be in Cleveland 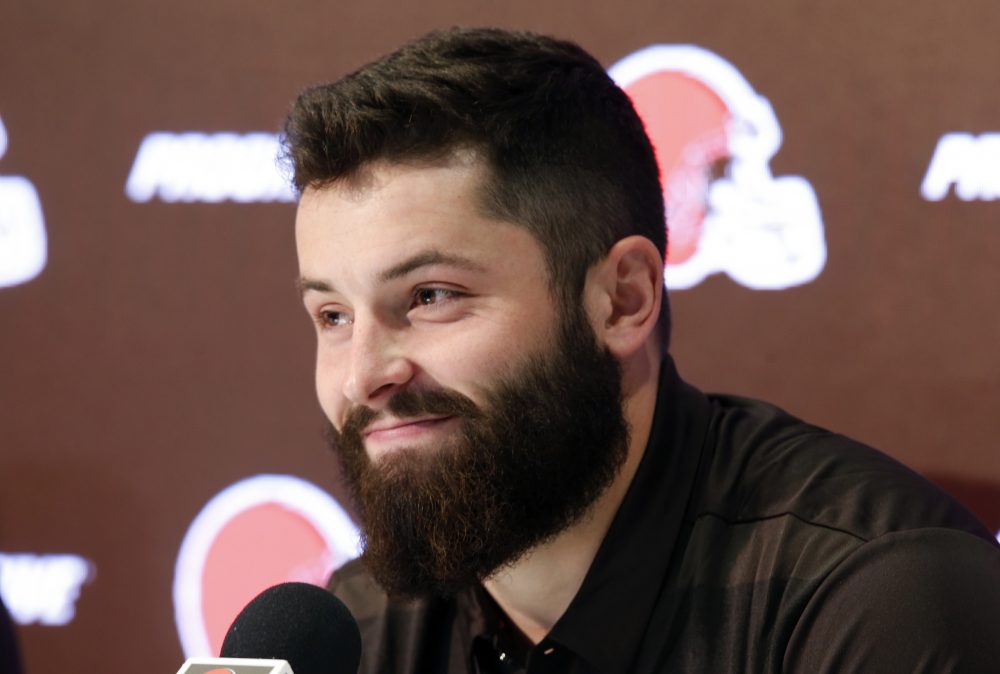 “Come to Cleveland and ask O if he actually likes it,” Mayfield tweeted. “Just because you say you have a source doesn’t mean you’re not full of BS. And while you’re at it… come see if I’m a baby… #10ToesDown”

Cowherd, whose show “The Herd” airs on FS1, attacked the popular opinion that the Browns are poised for a breakout season in 2019. They’re the betting favorite to win the AFC North, and Las Vegas oddsmakers placed the over-under for wins at nine.


What earned the response from Mayfield was Cowherd insisting Beckham doesn’t want to be in Cleveland.

The Browns acquired the superstar receiver March 13 in a deal with the New York Giants.

“I am saying I have it incredibly well-sourced, he didn’t want to go to Cleveland,” Cowherd said. “He wanted to go to L.A. He’s not happy. Does he look happy?”

Come to Cleveland and ask O if he actually likes it. Just because you say you have a source doesn’t mean you’re not full of BS.
And while you’re at it… come see if I’m a baby… #10ToesDown

Beckham said Monday he was shocked by the trade after five years with the Giants and needed time to “come to grips” with it. He said he’s embraced it now.

“I’m very excited about this and I think that it’s going to be one of the best things that ever happened to me in my life,” he said.

Beckham added that if he had to leave the Giants his choice was to be reunited with longtime friend and former LSU teammate Jarvis Landry. Cowherd dismissed that idea.

“Don’t buy into this Jarvis Landry thing,” he said. “There is no NFL player that is more L.A. and New York and Paris than Odell Beckham. He’s an icon, he’s a star.

“I think he’s the most talented wide receiver in the NFL. Injury problems worry me.”

Browns executive vice president JW Johnson weighed in with a shot at Cowherd.

“It’s amazing what clowns and cowards do for clicks,” he tweeted. “What a joke!”

It’s amazing what clowns and cowards do for clicks. What a joke!

Cowherd questioned whether Beckham would stick with the Browns for the remaining four years on his contract but conceded “he’ll make it work” despite not being happy.

Mayfield’s had an issue with Cowherd before.

Cowherd called him “undraftable” in the run-up to the draft last year. Mayfield, the Heisman Trophy winner, went No. 1 and later appeared on Cowherd’s show, drawing praise for winning the interview.

“This has a chance to be an absolute mess,” Cowherd said. “Freddie Kitchens? With these egos and these stars.

“Nobody will just be honest about this Cleveland thing. It has a chance to be a complete and utter dumpster fire.”

He fired off his reasons.

“Baker’s not my issue here. It’s a crazy owner, power-drunk GM, a coach that I think’s over his head, a superstar receiver who’s going to want a lot of attention and doesn’t want to be there. This thing has disaster potentially written all over it.”