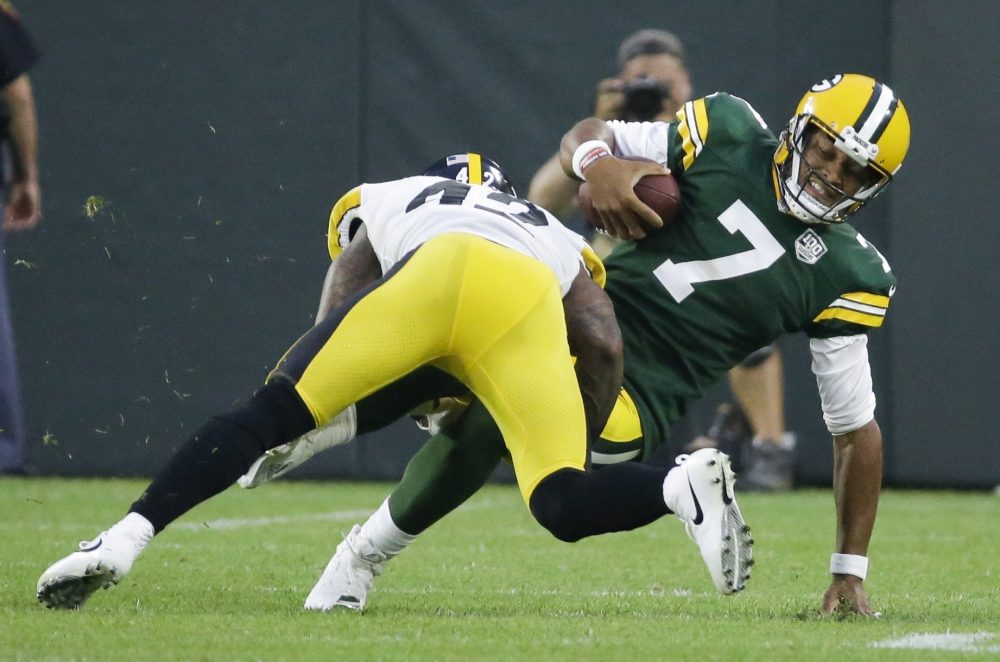 The Browns have gotten into the reunion business.

The signature example will always be the re-pairing of receivers and best friends Odell Beckham Jr. and Jarvis Landry last month. But the signings Friday of strong safety Morgan Burnett and quarterback Garrett Gilbert also fit the bill.

Burnett played in the Packers secondary for three years with Browns free safety Damarious Randall. Gilbert was four years ahead of quarterback Baker Mayfield at Lake Travis High School outside of Austin, Texas.

Of course, the moves weren’t made for nostalgia.

Relationship between Beckham and Landry goes much deeper than football

Burnett is the key addition, with the Browns apparently viewing him as the answer at strong safety. NFL Network reported the deal is for two years with a maximum value of almost $9 million, including almost $4 million fully guaranteed.

Burnett, 30, has started 104 games in nine years. He spent the first eight with the Packers before signing a thee-year, $14.5 million deal with the Steelers in 2018. After a disappointing year in Pittsburgh, he asked to be cut and the Steelers obliged Monday.

The Browns were in need of a strong safety since trading Jabrill Peppers to the Giants on March 13 in the Beckham deal. The Browns also cut Derrick Kindred, who rotated with Peppers.

The Browns acquired Eric Murray from the Chiefs on Monday in a trade for defensive end Emmanuel Ogbah, but he’s a combination safety who adds depth and is good on special teams.

Burnett (6-foot-1, 209 pounds) was a third-round pick of the Packers in 2010 when Dorsey was their director of college scouting. For his career, Burnett has 747 tackles, 23 tackles for loss, nine interceptions, 50 passes defensed, eight forced fumbles, 10 fumble recoveries and 7.5 sacks.

He signed as a free agent with the Steelers but was hampered by a hamstring injury in training camp and a groin injury early in the season. He lost his starting job to rookie Terrell Edmund, was used as a dime linebacker in sub packages and started two of 11 games with 30 tackles and six passes defensed.

The Browns are expected to contend for the playoffs this year, and Burnett adds postseason experience to a roster largely lacking it. He went to the playoffs six straight years with the Packers from 2011-16, starting all 11 games with two interceptions, five passes defensed and two sacks.

Randall played cornerback during his time with the Packers and moved to free safety when the Browns traded for him in March 2018. He and Burnett will be the safety tandem.

“This season about to be legendary…” Randall tweeted.

Gilbert starred in the American Alliance of Football that folded this week. He joins Mayfield and veteran backup Drew Stanton as the quarterbacks on the roster.

Gilbert (6-4, 230) was a sixth-round pick of the Rams in 2014 and also spent time with the Patriots, Lions and Raiders. He saw his first action last season with the Panthers in the finale, going 2-for-3 for 40 yards.

He played for Orlando and was the top passer in the AAF, which lasted only eight games.

Orlando was an AAF-best 7-1, and Gilbert led the league with 2,152 passing yards. He completed 60.6 percent with 13 touchdowns and three interceptions, adding 24 rushes for 79 yards and a touchdown.

Gilbert played at Texas before transferring to SMU. He replaced an injured Colt McCoy for the Longhorns as a freshman in the national championship loss to Alabama.

“Now you’ve really gone and done it Browns,” Mayfield wrote on Instagram over a picture of the two of them.

The Browns made another move later Friday, signing receiver Damon Sheehy-Guiseppi. The Browns are his first NFL team.