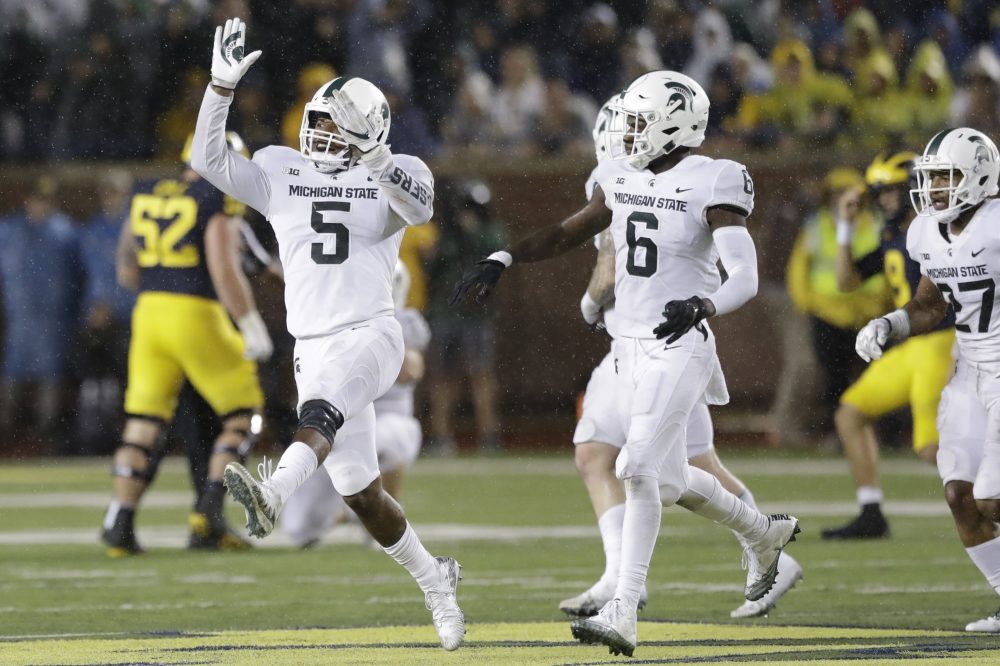 A Lorain County reunion broke out at the local pro day hosted by the Browns on Friday at team headquarters.

“It was great,” Redwood said Monday night by phone. “It was a good experience going to Cleveland, kinda like being the hometown kid, being there with all the guys I grew up with.”

Redwood and Dowell are neighbors, and he and Conrad went to school together when they were younger.

“So it was good being around all those guys and being able to show my skill set in front of John Dorsey and Freddie Kitchens and the hottest team in the NFL,” Redwood said.

The headliners in Berea were Ohio State defensive tackle Dre’Mont Jones, who went to St. Ignatius, and Massachusetts receiver Andy Isabella, who went to Mayfield and ran a 4.31-second 40-yard dash at the scouting combine. They are locks to be drafted.

Jones interned for DEA, and plans to take down NFL QBs

The three local athletes hope to get picked but know signing as undrafted free agents is a possibility. They are doing what they can to impress teams, including the hometown one, as the time until the three-day draft dwindles. It runs April 25-27.

He worked out for more than 15 NFL teams last Monday in Lexington, Ky. Doctors had discovered a potential heart issue that kept him from working out at the combine and the Wildcats’ pro day, but he was cleared to play by renowned sports cardiologist Dr. Aaron Baggish at Mass General in Boston.

“Now they know I’m back and healthy,” he told reporters.

Dowell (6-0, 225) was a three-year starter for the Spartans, playing alongside twin David, a safety who has another year of eligibility. Andrew Dowell had a career-high 97 tackles as a senior, including a career-high 14 vs. Ohio State, and was named honorable mention All-Big Ten and Michigan State’s most improved player on defense.

“Big upside,” coach Mark Dantonio told mlive.com after the school’s pro day. “The thing I mentioned to (NFL teams) is he was a tailback and a safety in high school and he transitioned to the outside backer position here and certainly ran a lot here. … I thought he took a step in the right direction on pro day.”

“Those are times that I’ll definitely take to the bank,” Dowell told mlive.com.

Mercyhurst is in Division II, so Redwood (5-9, 185) faces a steep uphill climb. He previously participated in a small-school pro day run by the Steelers and was pleased with his performances in front of the NFL teams.

“Gotta go out there and show guys I can play with them,” he said.

working out for the Cleveland Browns this morning was surreal

The numbers are more impressive given Redwood’s schedule. He’s taking 15 credit hours so he can graduate in May with an accounting degree and working at the school’s rec center. He’s training by himself.

“So I’m really proud of myself, kind of like patting myself on the back,” Redwood said. “I was able to really hit the times and my jumping numbers, everything that I wanted to. I feel like I did really well.”

He said the recent workouts were more valuable in his pursuit of the NFL dream due to his lack of exposure and game film against big-time competition.

“I’m very confident,” he said. “It’s always been my dream to play in the NFL since I was a little kid and I’ve put in all the work here these past few years and even through high school because I knew what I wanted to do and I always had that chip on my shoulder, like, man, I know I can do this.”