NFL Draft: GM John Dorsey remade front four in March but has plenty of options to keep adding to D-line 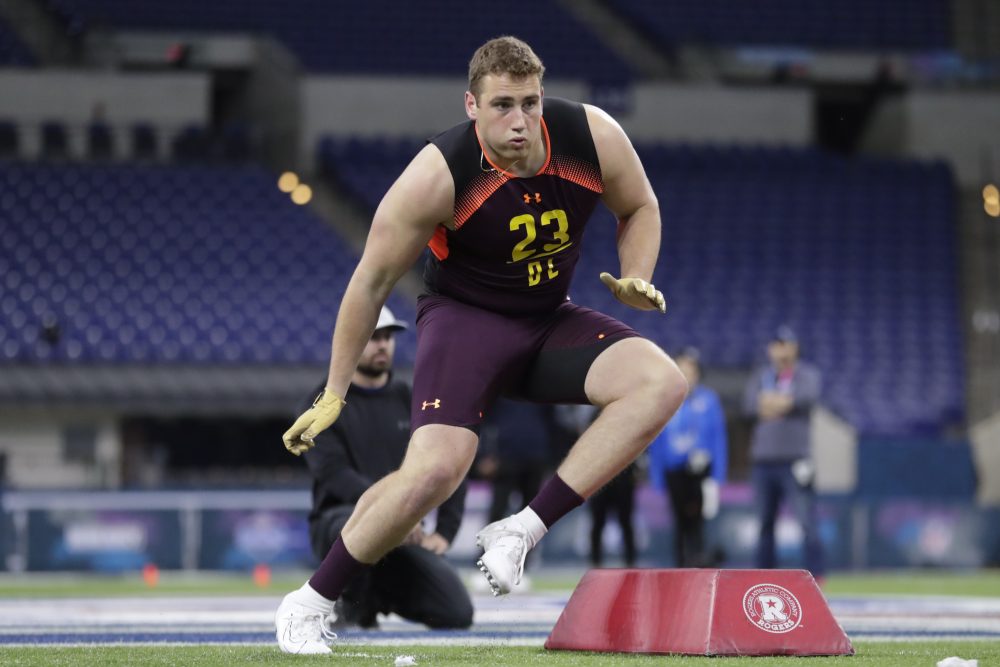 The Browns are in an unfamiliar position as the NFL Draft approaches.

Not only do they not have a top-five pick, they don’t have one in the first round after trading No. 17 as part of a package to acquire receiver Odell Beckham Jr.

That normally would be a terrifying thought for a franchise that for years pinned its hopes on a miraculous April. Not this time.

General manager John Dorsey has spent his 16 months on the job reconstructing the roster, stocking it with talent and filling a plethora of holes. He took an 0-16 team and quickly transformed it into the favorite to win the AFC North.

The importance of the draft is diminished this year but not removed. Dorsey has eight picks, beginning with No. 49, and plenty of positions that need upgrades or depth.

Our 10-day look at the best of the draft class at each position begins with the defensive line.

Dorsey opened the offseason determined to address the front four, and he didn’t wait until the draft. He traded for end Olivier Vernon and signed tackle Sheldon Richardson, teaming them with end Myles Garrett and tackle Larry Ogunjobi to give the Browns playmakers across the line.

The need upfront is no longer pressing, but depth would be useful. A young tackle to learn behind Richardson and a third end to rotate with the starters are certainly possibilities in the draft, including as early as No. 49.

The Browns have volume on the depth chart, but nobody that should keep Dorsey from adding talent. The ends who will compete for roster spots are Chad Thomas — a third-round pick last year — Chris Smith, Anthony Zettel, Daniel Ekuale and Lenny Jones. The backup tackles are former starter Trevon Coley, Carl Davis, Brian Price and Devaroe Lawrence.

A team can never have enough defensive linemen, especially in today’s NFL where passing is everything and rushing the quarterback the best — perhaps only — defense. It would be a surprise if Dorsey doesn’t use a pick or two on the line, particularly in a draft loaded with talent at end and tackle.

TOP OF THE CLASS — Defensive ends

Nick Bosa, Ohio State: He missed much of the season with an injury but it didn’t hurt his draft stock at all. It will be a shock if he isn’t one of the first two picks.

Josh Allen, Kentucky: His best fit may be as an outside linebacker in a 3-4 scheme, but there’s no doubt he can rush the passer off the edge. He had 17 sacks and five forced fumbles last season.

Clelin Ferrell, Clemson: He held his own on a line loaded with NFL talent. He had 19.5 tackles for loss, 11.5 sacks and three forced fumbles in 2018 and has a personality NFL teams will love.

Quinnen Williams, Alabama: Not the most physically gifted but has good athleticism and is solid against the pass and run.

Ed Oliver, Houston: Analysts are divided on just how good Oliver (6-foot-2, 287 pounds) can be. He’s an elite athlete but had only three sacks last season. He could go in the top five or slide out of the top 10.

Jeffery Simmons, Mississippi State: The questions about him are all off the field. He punched a woman repeatedly during a fight in high school, and will likely miss his rookie season after tearing an ACL working out in February.

Analysis: Anticipation for start of offseason program is welcome, and Browns’ status as AFC North favorite is warranted
NFL Draft: Browns didn’t do much at linebacker in free agency, so addition or two in draft seems likely