Ready for prime time? Popular Browns scheduled for four night games, including Week 2 at Jets and Week 3 vs. Rams 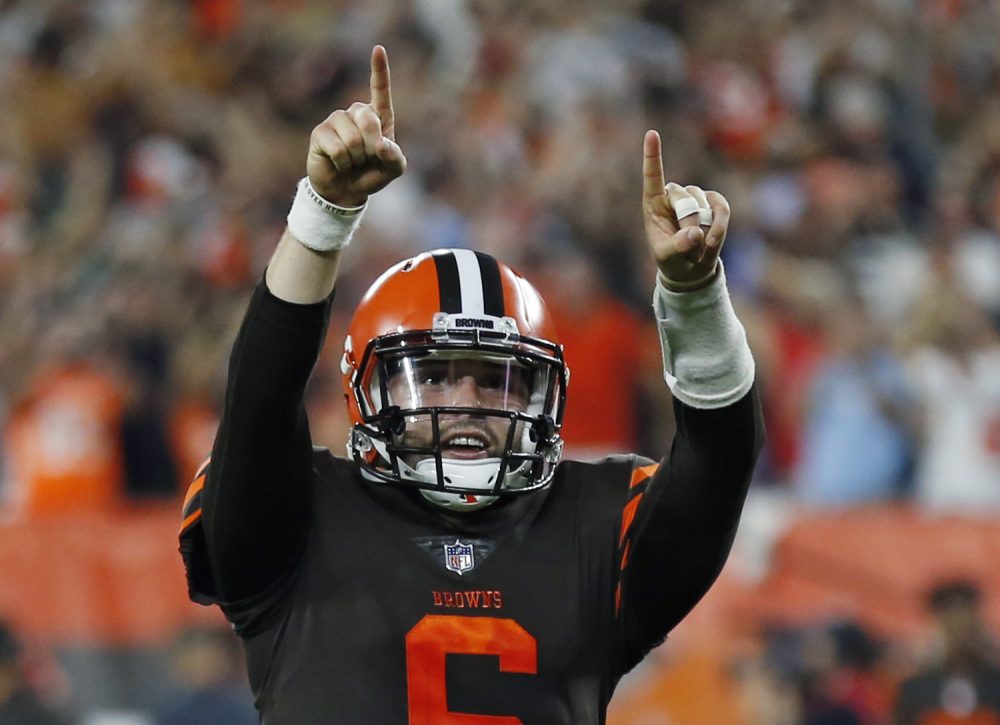 The nation will see a bunch of the resurgent Browns this season.

The Browns are scheduled for four prime-time games, including three in the first five weeks, starting with back-to-back in Weeks 2 and 3. They also have two late Sunday afternoon showcase games.

The NFL announced the complete schedule Wednesday evening, and it’s obvious the league has high expectations for the Browns. Not only did they jump from winless to 7-8-1 last season and are favored to win their first AFC North title, they are suddenly a draw with quarterback Baker Mayfield and receiver Odell Beckham Jr. leading a host of big names.

The season opens at FirstEnergy Stadium for the third straight year, this time with a visit from the Tennessee Titans on Sept. 8 at 1 p.m. The Browns’ only Week 1 win since returning in 1999 came in 2004, and they tied Pittsburgh last year.

Then the schedule shifts to prime time.

The Browns will play at the New York Jets on Monday night, Sept. 16. The matchup comes 49 years after the Browns hosted the Jets in the first Monday night game Sept. 21, 1970.

Beckham will return to MetLife Stadium, where he played home games in his five years with the Giants. The Browns acquired him March 13 in a blockbuster trade. He posted on social media last week the Browns were going to open the season against the Jets on Monday night but was a week early.

The Browns will have their first short week of the season in Week 3, returning to the lakefront for a Sunday night visit from the NFC champion Los Angeles Rams on Sept. 22. It’s Cleveland’s first Sunday night game since 2008 and just the second time in team history it will play prime-time games in consecutive weeks (2008).

After the first division game at Baltimore on Sept. 29, the Browns will travel to San Francisco for a Monday night game against coach Kyle Shanahan, quarterback Jimmy Garoppollo and the 49ers on Oct. 7.

The final prime-time game is Thursday, Nov. 14, at home against Pittsburgh. The four prime-time games are the most for the Browns since five in 2008. The maximum is five.

Prime-time games aren’t the only ones in the spotlight. The late-afternoon national slots are coveted, and the Browns will be there twice.

“It’s great to get the schedule but honestly it really doesn’t matter where the games fall. It’s our job to be ready, regardless of when or what time we play,” coach Freddie Kitchens said in a news release. “We know our fans are very excited about the season and we know they will carry that excitement into the season opener. Right now, our focus must be on ourselves and not on any other team. For us, it’s about coming to work every day, intent on improvement.”

The bye comes in Week 7, before the trip to New England. The Browns play three straight at home in November against the Bills, Steelers and Dolphins.

Running back Kareem Hunt is scheduled to make his Browns debut Nov. 10 against Buffalo after opening the season with an eight-game suspension from the NFL for violating its personal conduct policy.

The regular season concludes with three North games in the final four weeks. The Browns host the Bengals and Ravens in Weeks 14 and 16 and head to Cincinnati for the finale Dec. 29.

“We appreciate the atmosphere our fans create for us on game day. That is very important to our success but we definitely want that energy to reach another level at homes games this season,” Kitchens said. “We want fans in their seats early and we want the building to be very, very loud. We plan on doing our part to help create more excitement, so we are going to continue to work hard to individually and collectively improve as football team during the offseason.”

— All preseason games on Channel 5

Suspense about to end: NFL schedule to be released Wednesday night at 8
GM John Dorsey says for the right player, he’d give up what it takes to move into 1st round